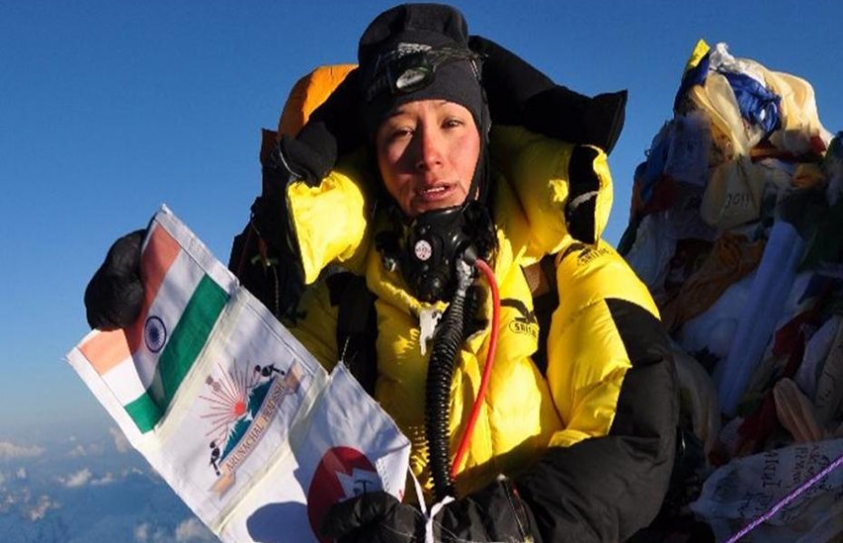 ITANAGAR -- Arunachalee climber Anshu Jamsenpa today scripted history by scaling Mt Everest twice within five days. Jamsenpa, a mother of two, had conquered the world's highest peak for the fourth time on 16 May last. She began her double ascent on Friday morning, her husband Tsering Wange informed. Jamsenpa along with Nepali climber Furi Sherpa scaled the peak at 8 am on 21 May. The mountaineer from Arunachal Pradesh had reached the top of Mt Everest at 9.15 am on 16 May last. Jamsenpa set the world record for becoming the first woman climber to reach the top of Mt Everest twice within five days. She is also the first Indian woman to reach the top of Mt Everest for the fifth time.