A distinct genre of thriller and suspense films emerged in Hindi cinema after the whopper success of Kamal Amrohi’s nerve-tingler Mahal (1949), showcasing Madhubala as a mystery woman and Ashok Kumar as the baffled man drawn towards her inexorably.

More such thrillers followed, highlighting the themes of reincarnation, intrigue and the supernatural, which placed the audiences at the edge of the seat to reach the surprising finale. Ancient abandoned mansions on dark moonless nights, empty alleys, white chiffon curtains blowing in the breeze, whispers and notes of a haunting melodies, a shadow of a woman with a candle and hooting owls, all added up to a genre which has found favor with the viewers who’re wont to immerse themselves in a story of dread and wonderment.

This formula also worked, and how, in Apradhi Kaun?, Madhumati, Bees Saal Baad, Gumnaam, Woh Kaun Thi, Jewel Thief, Teesri Manzil and Dhund to cite a few examples. Now, here’s unearthing some thriller-chillers which may not have stormed the cash counters when they were released initially but are certainly worth a look-see. 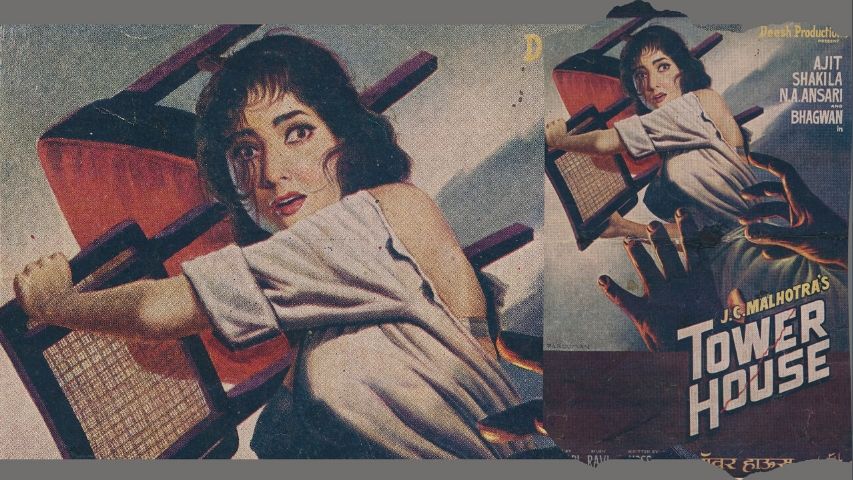 Amidst the ruins of an old Tower House, well past midnight a woman wails a heart-rending song and goes on to leap off the tall tower. The police investigate the case but are unable to find any leads to the suicide of the woman, identified as the wife of Seth Durgadas.  The thing is the dead woman returns time and again to leap off the tower. A rarely seen nugget, it featured Shakila and Ajit who would play lead roles at one point. The taut story-telling was enhanced by Ravi’s music score which yielded such tracks as Ae Mere Dil-e-Nadaan Tu Gam Se Na Ghabrana sung by Lata Mangeshkar.

The film’s director Nasir Ahmed Ansari had helmed another thriller in 1959 called Black Cat with Balraj Sahani, Minoo Mumtaz and Johnny Walker. It dealt with a Dr Jekyll and Hyde-kind of personality and is especially remarkable for the impressive performance by Balraj Sahni. 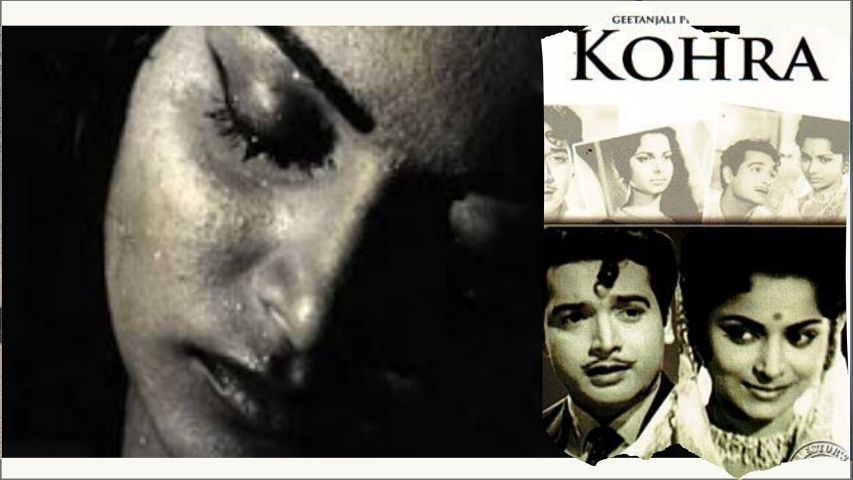 This nail-biter was popular for its unforgettable songs by Hemant Kumar. Unbeknownst to many it was his home production after the successful Bees Saal Baad (1962). The hit pair of Waheeda Rehman and Biswajeet was repeated with the redoubtable Lalita Pawar heading the supporting cast.

Biswajeet’s trademark trench-coat and an errant lock of hair on his forehead triggered a fad of sorts, while his pencil-thin moustache often fetched him roles of aristocratic Thakurs and Rajas.

Kohraa was the Indian version of Alfred Hitchcock’s Rebecca (1940) adapted from a novel by Daphne du Maurier. The outcome didn’t click because of its theme on adultery, which was way ahead of its time, and the censors gave it an Adults Only certificate. Must watch film for thriller lovers. 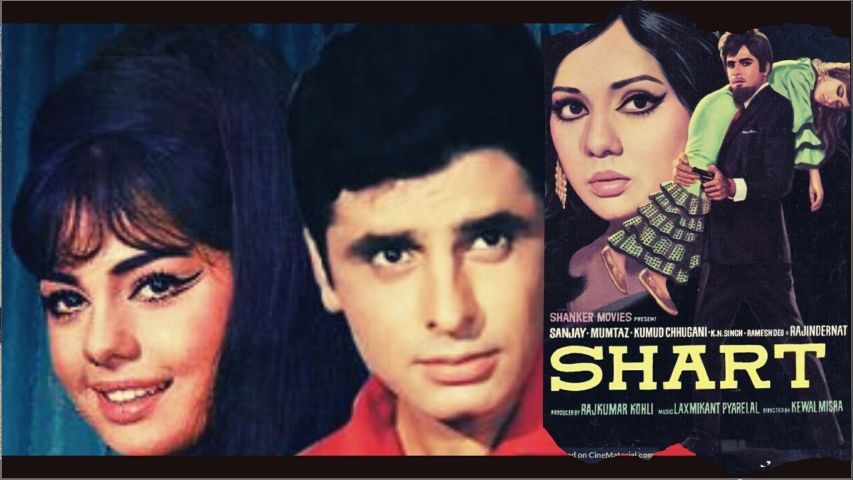 Produced by director Raj Kumar Kohli, Shart was a fun film with a twisted element of suspense and mystery. The plot revolves around a happy-go-lucky young man who is a compulsive gambler, laying bets for small sums of money with local friends. Next, unwittingly he is blamed for committing a murder because of one of his bets.

The film starred Sanjay Khan opposite Mumtaz along with Kumud Chhugani and Rajendranath. Although quite well made, this effort went through the cracks. Interestingly, almost the same story was made by Ravi Tandon into the suspense adventure Khel Khel Mein (1975) with Rishi Kapoor and Neetu Singh, and is still widely adored for its frothy moments enlivened by a music score by R.D.Burman. 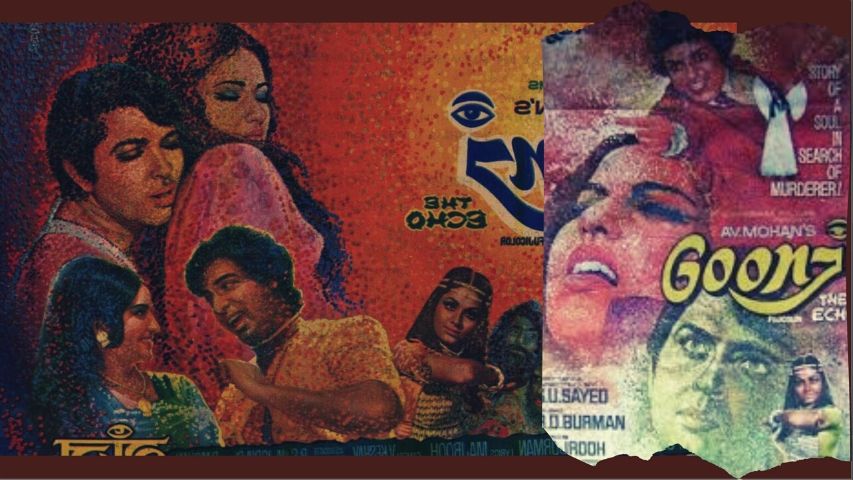 This one has a niche following among fans of R.D. Burman who came up with an inventive, almost experimental music score. A suspense thriller, it was directed by S.U. Syed which focused on three principal characters enacted by Rakesh Roshan, Mahendra Sandhu and Reena Roy. Packed with red herrings, the finger of suspicion was pointed at the entire ensemble of characters elements. Located at a hill station, the underrated thriller transported the viewer to a small town where royalty ruled and desperately kept secrets hidden in the closets. 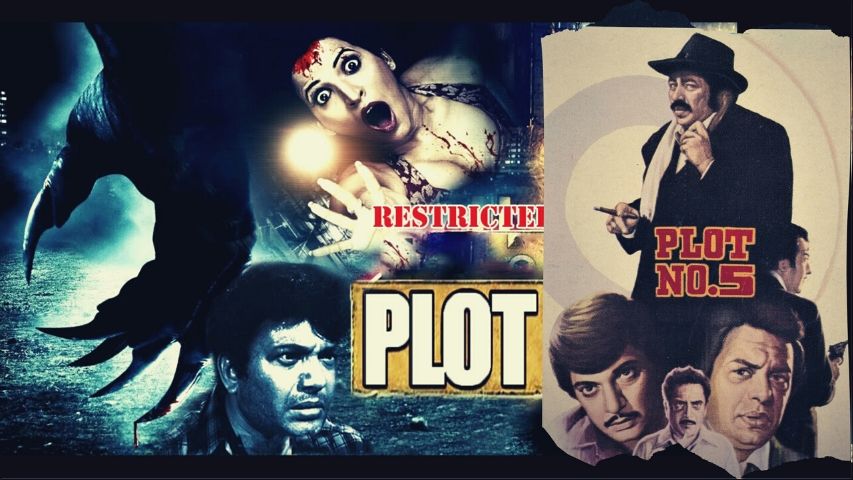 Directed by first-timer Yogesh Saksena, its dark and edgy script set up a stormy night, which goes over sinister spots aplenty before landing up at the eponymous Plot No: 5. Uttam Kumar, Pradeep Kumar, Amol Palekar, Dr. Shreeram Lagoo, Amjad Khan, Sarika and Komilla Virk, the oomph girl of the ‘80s, played key characters This song-less film was the last one of actor Uttam Kumar, releasing after he had passed away in 1980. Unfortunately, it tanked and this was the end of the road for this debutant director whose lore goes migrated to the U.S. 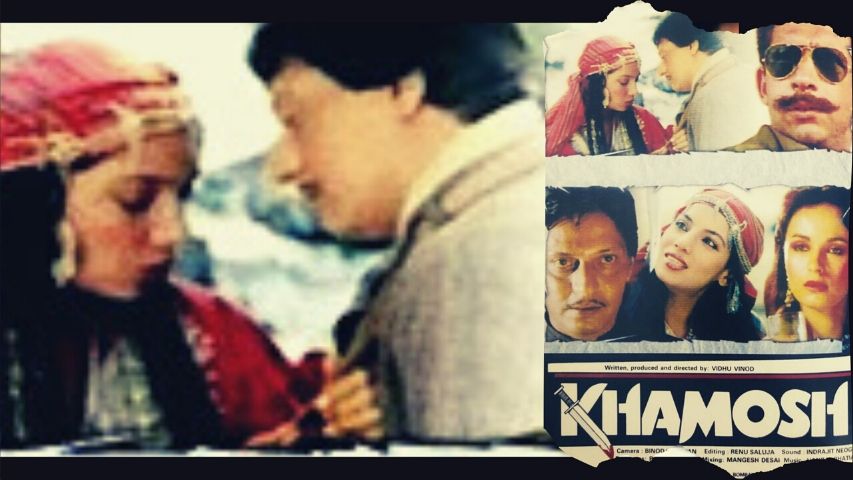 No, no, this has nothing to do with Shatrughan Sinha’s favourite buzzword, ‘Khamosh!” Rather it’s a pretty engrossing whodunit by the Pune Film Institute-trained Vidhu Vinod Chopra, now a movie baron in his own right.  Having earlier made Sazay-e-Maut, which tanked, Khamosh was more stylishly presented and especially dot-on in creating tense atmospherics. The cream of the actors from parallel cinema including well Naseeruddin Shah, Shabana Azmi, Amol Palekar, Soni Razdan, Sudhir Mishra, and Pankaj Kapoor topped the cast. The revelation of the killer was a total knockout. Although it made no ripples at the ticket windows, it is considered a cult film today.  If Vidhu Vinod Chopra ever returned to the thriller-suspense genre, I’d be the first one to make a beeline for it, whether at a multiplex or on streaming channel. 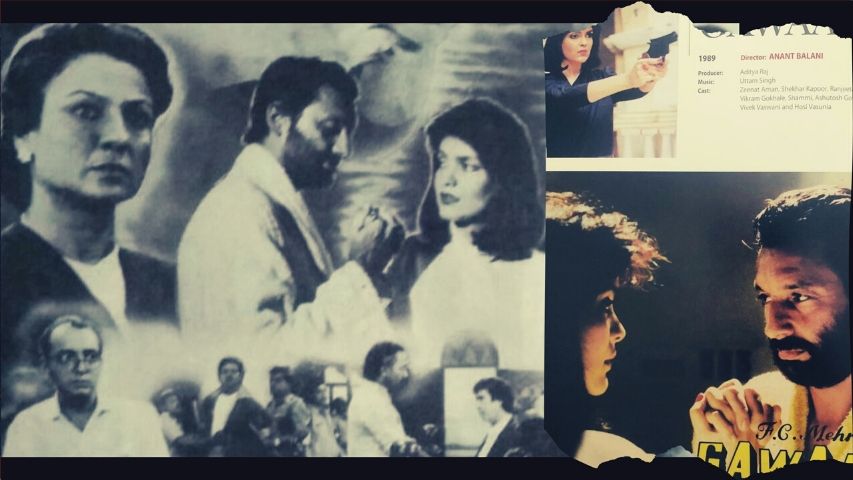 Here was one of Zeenat Aman’s last appearances before her retirement from mainstream cinema as a leading lady. Paired with Shekhar Kapoor, the endeavour directed by Anant Balani stays in the memory files, particularly for its chartbusting song Dekhke Tumko Yun Lagta Hai rendered by Pankaj Udhas. The ensemble cast comprised Ranjeeta, Tanuja, Vikram Gokhale and Ashutosh Gowariker. It’s an oddity of a film - derived from Ayn Rand’s courtroom drama The Night of January 16th, no less – and is worth tracking down by followers of chiller thrillers. 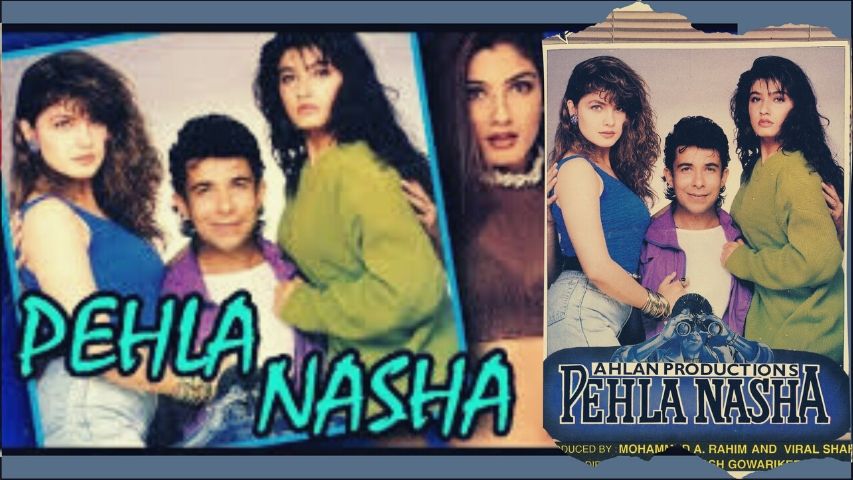 Directed by Ashutosh Gowariker, Pehla Nasha featured Deepak Tijori with Raveena Tandon and Pooja Bhatt. The plot zooms in on the character of Deepak who is new in Mumbai and is trying to establish himself as an actor in Bollywood but hasn’t lucked out so far. At long last, he snags a role finally in a film titled Maut Ka Kua!

Problem ahead: he squanders this luck by chance because he is claustrophobic. He moves into a friend’s high-rise apartment and begins to spy on a girl in the opposite building who, hold your breath, gets murdered. The police refuse to believe him and warn him to stop being a voyeur. Left with no option, he tries to solve the murder case himself. Crammed with surprises (pleasant and unpleasant), Gowariker’s thriller was ignored by the audience. One of the reasons could be, it wasn’t promoted sufficiently, and thus, faded into extinction.