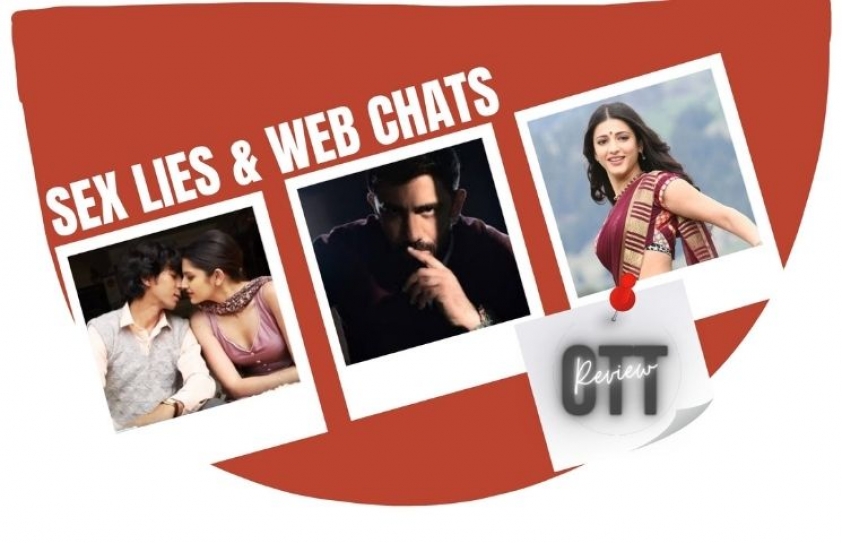 Or am I in a minority of one. Suffice it is to admit, that’s my strictly subjective take, of course. Couldn’t endure the visuals of mobocracy surrounding Rhea Chakraborty. Can’t endure the 24 x 7 accusations and vulturising. But hang on, can’t turn a blind eye or deaf ear to the conditions - getting from ugly to uglier - around us, can we?

Still, I try to get the drift via summarised capsules from friends at the end of mornings, afternoons and evenings. Minute-to-minute tele-watching may not be injurious to the heart and mind, but it’s getting to my goatee.

Escape I do, then, into OTT-land. Lamentably, this week there hasn’t been much I can shout out loud about, or recommend cheerily. However, if you’re willing to settle for less, the sort of goodish, then sure stream right into… 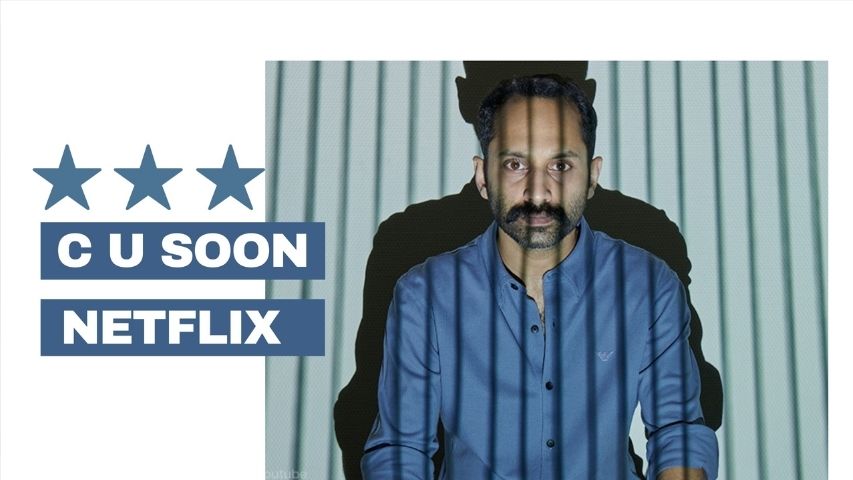 This much raved-about Malayalam 98-minuter written and directed by Mahesh Narayanan, has been shot on iphone, which is to say it’s entirely video and text-chats-driven. And the outcome is as taxing on the nerves of the viewer as it is for its three lead characters.

Over then to Jimmy boy (Roshan Mathew) a bank’s client executive in the UAE, Anumol is a coquettish girl (Darshana Rajendran) in a room somewhere out there filled with more clutter than life nowadays, and the last but certainly the most harassed is none other than the grim-faced Kevin (Fahadh Faasil) – Jimmy’s cousin, out there too in the Gulf, who’s ever so haplessly dealing with more intrusive jobs than the Mumbai paparazzi nowadays.

Just the IDs of the above-mentioned trio should tell you that there’s a plot thicker than a brick ahead. Jimmy chat flirts with Anumol so much that the besotted guy suddenly proposes marriage. Funny, didn’t anyone ever tell him that a website romance can lead to BIG trouble?

So there you go, cops arrive, and grim cousin Kevin must go manic on his comp to prevent Jimmy from being locked up for donkey’s years. Enough of the yarn, can’t reveal more, except that  the technically enterprising effort is worth a look at least for its accurate chat language topped by an excellent performance by Fahadh Faasil who’s intensity personified. Plus if you don’t mind a predictable wrap-up, this may actually be your relaxant. Thus, the three shiny stars up there.

Also have to add: I’m apprehensive of  smartphones being used excessively in the future. C U Soon was beaten to the phone camera experiment four years ago in Kerala itself by Lens, a hostage drama incorporating the theme of voyeurism. Globally there have been these phone-flix aplenty, like Searching (2018) on an Asian man’s investigation into his daughter’s disappearance out there in California.

Unarguably, budget filmmaking is laudable in principle, but this is clearly not the medium to narrate a web love story which required way more detailing and depth to become cinematically significant. 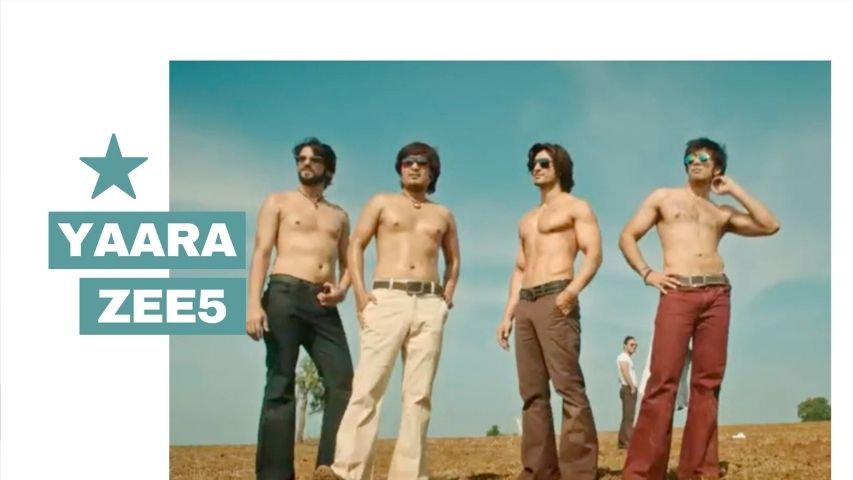 The ubiquitous Mr Tigmanshu Dhulia has been whipping out movies and series faster than the sale of masks today. Bully for him. The snag is that this one particularly - all about male friendship in adverse times adapted from the French thriller A Gang Story - is as unwatchable as it gets.

Okay, so four kids sprout up to become the Chaukdi gang, looting, hooting, tooting. As for redemption, they also serve as Robin Hoods for the meek and hungry of the earth. Of new ideas there’s a dearth.

Zigzagging through timelines, you might have to jot down in a notebook to remember. Next: the one-two-ka-four - Jai and Veeru multiplied by two - reunite in their adulthood to re-assert  that dosti is thicker than either blood or water. And gasp, sub-plots even discuss the Naxalite movement and Maoism for a soupcon of gravitas perchance.

In the bargain, you’re treated to a travelling exhibition of bulbous bare-chests (Salman Khan yeh tune kya kiya?) and designer beards, the most spiffy and grey-flecked of them being modelled by Vidyut Jammwal and Amit Sadh. Gratifyingly, Sadh is a capable actor even in the sketchiest of roles. Dear delicate Shruti Haasan fetches up too, looking as if she had crashed into a stag party.

Confession: I couldn’t watch beyond half of the 2 hour-10-minutes of Yaara. And turned to  yoga asanas instead. Suggest the same therapy for you. 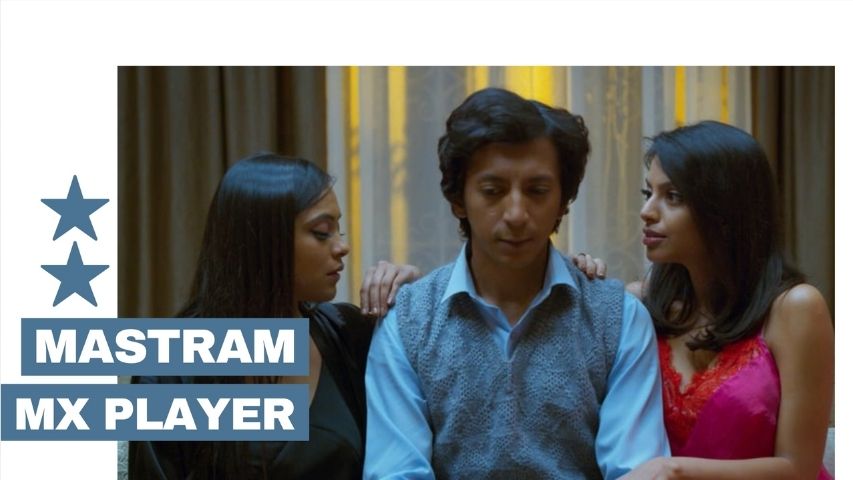 If your head is a mess of unnecessary trivia, you might remember that there was Akhilesh Jaispal’s feature film titled Mastram (2014), which was screened at film festivals and forgotten in a zoom-pan-flash. Its claim to ill-fame was that it was a kind of a biopic on a real-life aspiring writer who must hack out quickie erotica to get published. Shades of the eminent author, Anais Nin, A French-Cuban-American essayist and novelist whose Delta of Venus, written in the 1940s, is an acknowledged masterpiece of raunchy literature.

Bringing up Nin’s name in the same breath as Mastram may be blasphemous. So was just saying.

Be that as it may, Mastramji gets a new lease of life with this 10-episoder in which a callow young man (Anshuman Jha) goes hilltown trotting in the northern vales and dales to find inspiration for his smut stories. And eureka, he does, what with women of all shapes and sizes grappling right before his eyes with their spasms of lust. Clearly, this is a male’s fantasy come true.

The most oompish of the femme fatales (Rani Chatterjee), turns on the steam of a pressure cooker, leaving authorji huffing-‘n’-panting. To be frank, this cheesy series is not any discriminating viewer’s slice of pizza. For one, the OTT platforms are crammed with such semi-porn content. It’s not the only titillating piece of ‘time-pass’, be it in Hindi, English, Spanish, Italian and more.

More to the point, at least the effort isn’t pretentious. As an aside, I may mention, my dear household help - far away from his village in Bihar - keeps badgering me to stream Mastram again and again. He finds it fabulous fun and rolls on the rug tickled pink.

Such is life, then dearies.