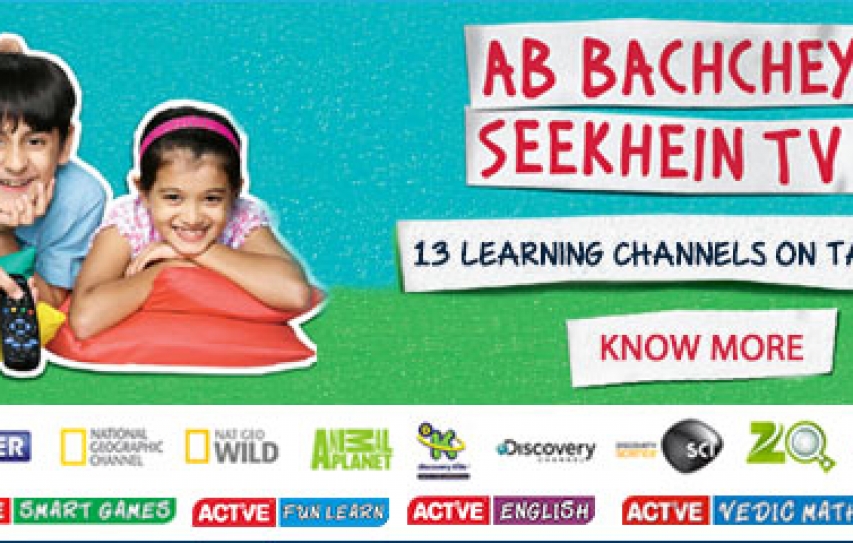 In its latest campaign, Tata Sky tells parents that television is a good learning aid for young kids

DTH player Tata Sky, in its latest campaign ‘Ab Bachche Seekhein TV se’ (Kids learn with television), is targeting parents with children between ages 6 and 12 years. It is trying to break – what it calls – the myth that television wastes children’s time. The ad aims to convey the fact that while television is a great entertainment medium, it is equally a good learning aid, helping children go beyond ‘bookish’ knowledge. Executed by Ogilvy & Mather, the three-ad series features a young boy stating an interesting fact on how to find out if the eggs are old or new. Similarly, the other two ads have two kindergarten girls quizzing the audience on facts about ‘rhyming words to orange’ or ‘how to escape a leopard’. All the three ad films deliver the overarching message – Television is good!