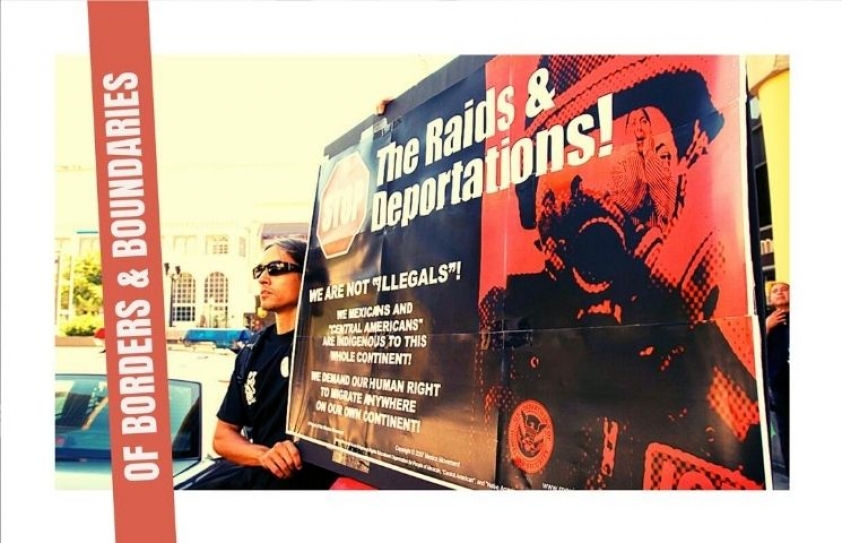 Of Borders and Boundaries

In a short conversation with Selina Sheth, the Indian-born writer-director Vikram Zutshi, talks of his need to probe beyond man-made physical and psychological boundaries.

‘The Personal is Political’, is a recognizable slogan, perhaps because it is one that has echoed across multiple global and defining human rights movements. Whether half a century ago, when second wave feminist groups first demanded the right of women to equal pay for equal work or in present times, as Black Lives Matter activists continue to protest institutionalized racism, it is intimate, deeply-felt human experience that points to broader truths  – and ultimately leads to much-needed transformation – of societies in turmoil.

This perhaps is what motivates documentary filmmaker Vikram Zutshi. Over the past decade, his work has taken him across sub-continental India, Himalayan Nepal and the 2000 mile-long US-Mexico border to uncover narratives of personal expression (Amazon Prime’s Max Kennedy and the American Dream), human migration (Tijuana Dreams) and spiritual devotion (Darshan).

In a short conversation with Selina Sheth, the Indian-born writer-director talks of his need to probe beyond man-made physical and psychological boundaries, and of how innate curiosity is the driving force behind all documentary (or ‘actuality’) art.

Congratulations. Your latest film Darshan, screened this summer at the New York Indian Film Festival to good reviews. What inspired you about its subject of sacred South Asian art?

Darshan literally means to create or ‘behold’ a symbol of worship. For me personally, making the film was akin to a pilgrimage across the holy geography of India and Nepal. Darshan portrays the myriad traveling communities of folk-tribal artists in this region, whose enchantment with their art is infused with a kind of divine joy. This feeling is akin to what the Vedic Hindu scriptures call moksha, the blissful liberation of the soul from material attachment and ego identification.

All through our three-month location shoot, my producer (art historian Debashish Banerji) and I witnessed a wonderful ethos of grassroots pluralism, a kind of multi-cultural, multi-religious syncretism that felt organically woven into this ritualistic, homegrown artistic tradition. Hindu, Muslim and Buddhist painters, craftsmen, woodworkers, stone carvers, musicians and performers come together at holy sites to create, worship and live in harmony. They have been doing so for generations. I was fascinated and also heartened, because India’s robust secularism has been increasingly threatened; by its current nationalistic, politically right wing landscape. Darshan – both as a devotional art form and as a spiritual way of life - reiterated my belief that true faith is inclusive of all humanity, a unifying force. 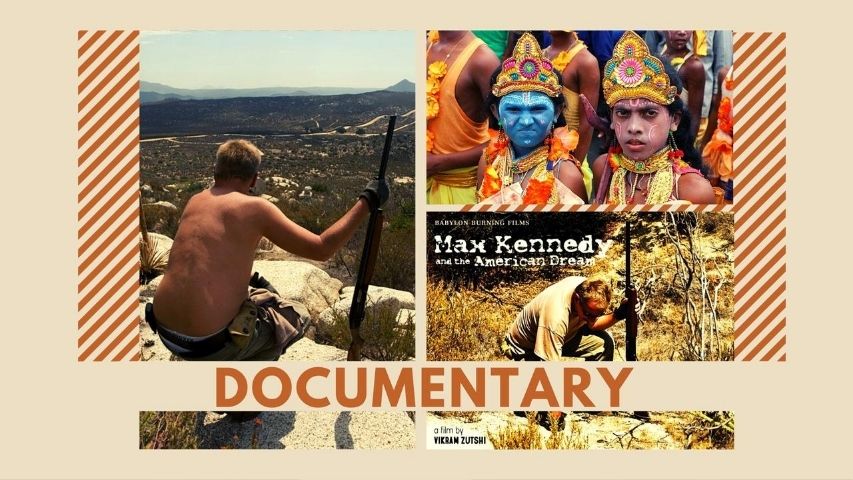 It’s ironic, then, that back in 2012, you made a film about ‘Mad Max’, a white anti-immigration activist stationed at the US-Mexico border. Don’t Max Kennedy and the American Dream symbolize the exact opposite of Darshan with its message of prejudice and division?

Precisely. To me, Max Kennedy and the American Dream took shape as a fascinating social experiment.

I was intrigued by the character of Max Kennedy when I first read about him in an LA Times article. He was described as a lanky, sunburned man with a scraggly goatee and a voice like a fistful of desert gravel, who, in his 53 years, had driven a cab in Miami and ferried fur coats in New York, peddled marijuana and jewelry, played bass in a rock band and marched with 1960s radicals. He has been a Gingrich Republican and a pagan, a seeker of meaning in the Kaballah and in the sayings of Chairman Mao. This was a description I couldn’t resist.

Here I was, an immigrant in the US, getting excited about spending almost a year trailing someone who violently resented people like me and all that we, as ‘outsiders’ represented. I was also nervous about the tough terrain we were in; the controversial border between the southern US and the badlands of Mexico. And yet, filming Mad Max Kennedy would be like shining a light on areas of our collective psyche, one that rarely finds voice in the mainstream media.

I was expecting hostility but over time, as Max got comfortable with the presence of my camera, he opened up. We had heartfelt and eclectic conversations. Max could hold forth on Middle Eastern politics (he opposed the Iraq invasion), post-war Europe, ancient Egypt, Che Guevara, communist China, JFK, art house cinema and punk music. He discussed his abusive childhood, his mother’s abandonment of him, his string of failed relationships and broken dreams. Max’s deepest wish was to meet the daughter he'd never seen, born from a short relationship with his Puerto Rican ex-wife who lived in Paris.

I found myself drawn to the seething mass of contradictions within Max Kennedy, the man. He had been born and raised a blue-collar Brooklyn-ite, but was now a postmodern frontiersman, an outlaw. He had been co-opted by the Right, yet he loathed the rigidity of Christianity and the values of capitalism. And then there was his stance on immigration.

For many Americans, immigration is an issue with fixed political boundaries. Max, on the one hand, was a hardheaded anti-immigrationist, but on the other, he identified emotionally with underprivileged Mexicans and related their struggles to his own. He would often reflect, “I notice the look on the migrants’ faces, I mean, they are as poor as I am. They are at the bottom of their world, and basically I am at the bottom of my world.”

In your third film, the as-yet unreleased Tijuana Dreams, what made you radically shift gears to reflect the migrant point of view?

A lot has changed since we filmed Max Kennedy. Donald Trump is in power, and I felt it was important to tell the story from the other side, to examine the hopes and disillusionments of the many poor Mexicans dangerously trekking across a brutal desert to enter America.

The migrants are a mix of diverse circumstances and backgrounds. Not only Mexicans but people from all over the world - Latin America, Africa and even India - try to infiltrate the US through its border with Mexico. We met some who were new entrants to the US, and others who had lived illegally in the country for years, even decades.

In Mexico, I encountered natives who were strangers in their own country. They had migrated to the US, but had been swiftly deported after being caught on a technicality, like driving without a license. Then there were others who had managed the crossover to US territory but who couldn’t wait to get back to Mexico because they realized they were actually better off back home.

Being non-white in Mexico worked in my favor; it helped me blend in and capture some truly poignant and unguarded moments from the migrants’ lives and journeys. They lived in hope and fear, amidst crime and drugs. And I could understand that a few would think, “Why slave for 8 dollars an hour, with no chance of upward social mobility, when you can make 500 an hour selling coke, smack or crystal meth?”

Despite their obvious differences, do you see common elements connecting your three films?

Yes. Whether through an exploration of poor, white and disenfranchised Americans in Max Kennedy or via the nature of religious faith and worship in Darshan and even from my new understanding of the messy politics and hardship of human migration in Tijuana Dreams, I clearly see shared themes emerging. All three stories render a spirit of going against the tide, of questioning plotted narratives and lazy assumptions, of examining the notion of personal liberty and what it really means to be physically and spiritually free in the world today.

The reason I’m attracted to the observational documentary form is that human beings are a lot more complicated than media stereotypes would have us believe. Not everyone who voted for US President Trump is against black people, not everyone who voted for Indian Prime Minister Narendra Modi’s Hindu nationalist party, is anti-Muslim. There are deeper motivations behind people’s actions.

As a writer and as a filmmaker, I reject the simple binaries that polarize people instead of bringing them together. But I also see how these binaries have come about; hate is a marketable commodity, empathy is not.

Vikram Zutshi’s third and most recent film Darshan: The Living Art of India, streamed on the NYIFF digital platform from July 24 to August 9.

You can read more about the film here: