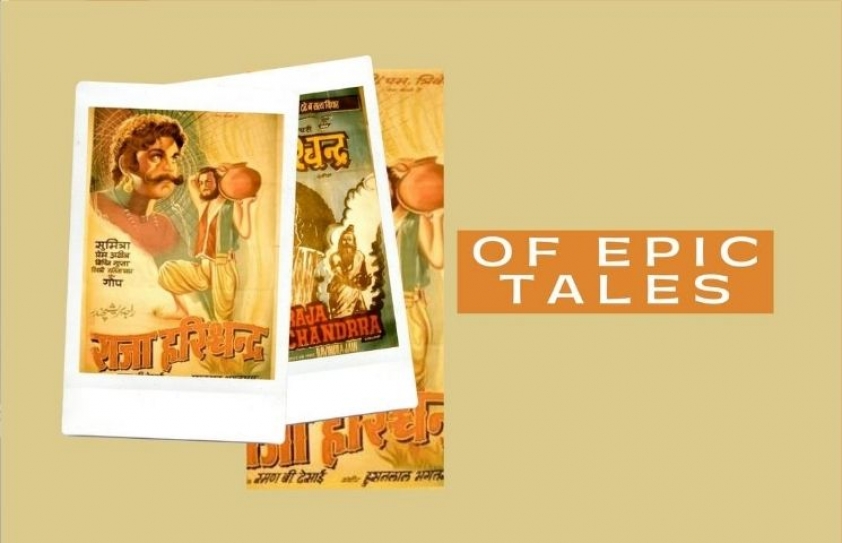 Film historian, Dhruv Somani, takes you back to the time when the mythological genre captivated film audiences

Once, mythological films were the staple products of our cinema, which appealed tremendously to family audiences. Indeed, the mythological space is vast and unlimited, offering timeless, inspiring stories.

Sections of the Mahabharata epic, for instance, have been made into full-length features. Examples: Subhadra Haran, Daan Veer Karan, Veer Abhimanyu.

Coming from a joint family environment, during my growing up years, I would accompany my grandmother, mother, aunts and cousins to watch mythological fare on auspicious festivals like Teej and Karva Chauth.

India’s first feature film, Raja Harishchandra about the legendary benevolent king, was released in 1913. It was Dadasaheb Phalke’s foresight, which introduced mythological cinema as a genre. Phalke made around 95 films and 27 shorts, some of them including Mohini Bhasmasur (1913), Satyavan Savitri (1914), Lanka Dahan (1917), Kaliya Mardan (1919), Bhakht Prahlad (1926).

Years later, television became an ideal medium to revive the great epics. The streets would be empty at the hours when Ramanand Sagar’s Ramayan and B.R. Chopra’s Mahabharat were aired on Doordarshan. Their re-runs, during the lockdown months, have garnered enviable TRPs.

Animation films based on mythological stories have evolved over time, finding favor among the children viewership. Count among them Veer Ghatotkach, Hanuman, My Friend Ganesha, Dashavatar, Krishna aur Kans and Arjun-The Warrior Prince.

This Sunday, I look back at eight impactful mythological, starting off with Dadasaheb Phalke’s pioneering film during the silent era. 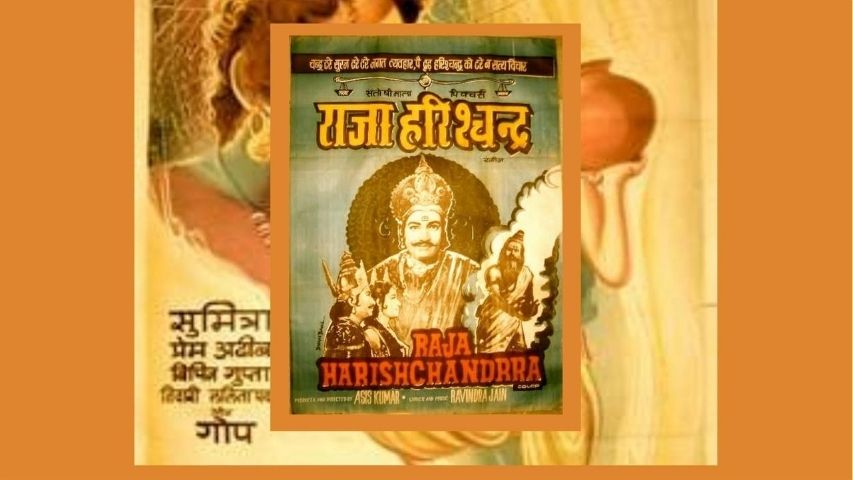 Dattatraya Damodar Dabke played the title role while his wife Taramati was enacted by Anna Salunke. Since there was a stigma against women actors, males would take on the roles of females. Salunke has also been credited as the first actor to play a double role, that of a hero and a heroine, in Lanka Dahan (1922).

Raja Harishchandra was based on the story of the king who finds the power of Trishakti, which is being trapped by Sage Vishwamitra. The king frees the Trishakti, infuriating the sage. To placate him, the Raja, his wife and son leave the kingdom, bequeathing it to the sage. Next when the prince dies, Taramati is blamed for the death. Lord Shiva appears as a mediator for the distressed family. 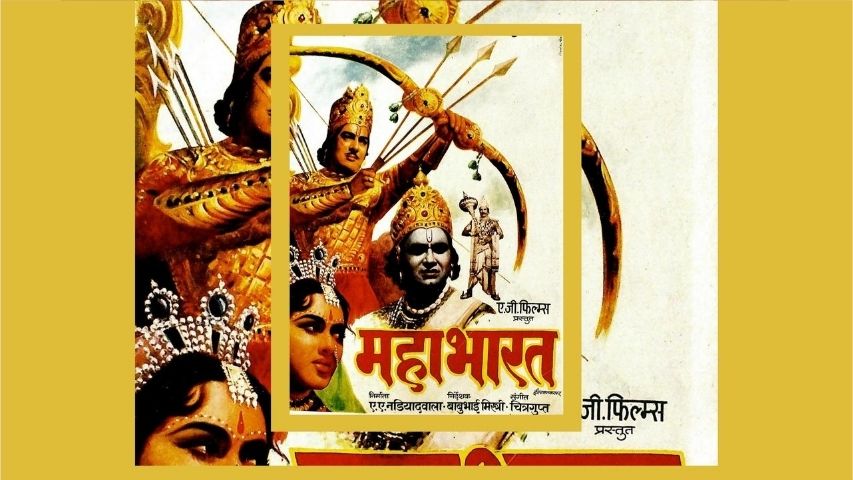 Much before B.R. Chopra’s hugely popular serial Mahabharat (1988), the epic was adapted for the screen by director Babubhai Mistry. The acting crew comprised Abhi Bhattacharya as Lord Krishna, Pradeep Kumar as Arjun, Dara Singh as Bheem, Padmini as Draupadi, Tiwari as Duryodhan and Jeevan as Shakuni.

Lata, Asha and Usha Mangeshkar, Mohammed Rafi, Mahendra Kapoor and Suman Kalyanpur rendered Songs composed by Chitragupta. This Mahabharat was remade in Gujarati as Sampoorna Mahabharat, while was also dubbed in Tamil as Panchali Sabatham. It did fairly well at the box office. 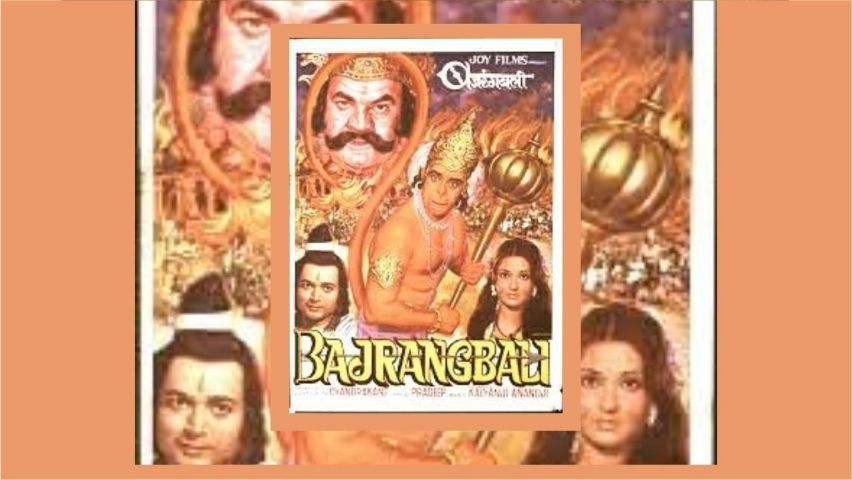 Directed by Chandrakant, it showcased Dara Singh in the part of Lord Hanuman. Biswajeet and Moushumi Chatterjee were cast as Ram and Sita while Premnath played Raavan. Incidentally, Shashi Kapoor played Akshaye Kumar (Ravaan’s youngest son). Bajrangbali did well at the cash counters besides establishing Dara Singh in the image of Hanuman, which stayed with him for a long time. The story revolved around the birth of Lord Hanuman, the son of Lord Vayu and Mata Anjani, his childhood and his devotion to Lord Ram. 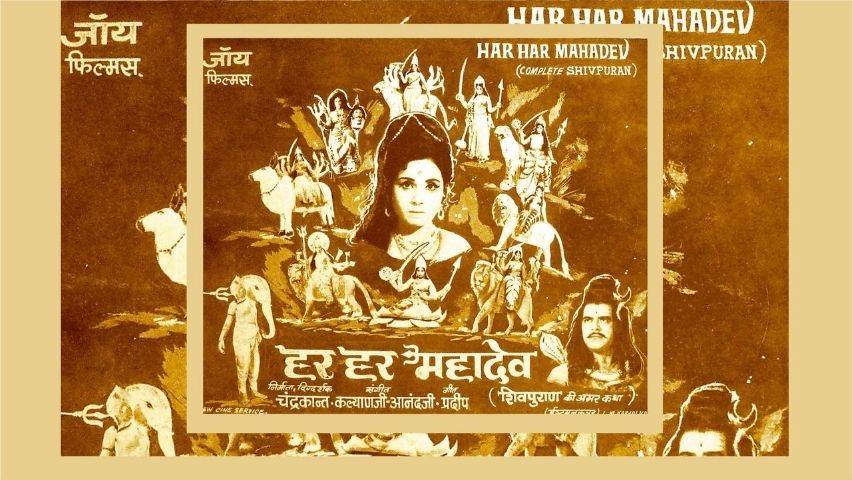 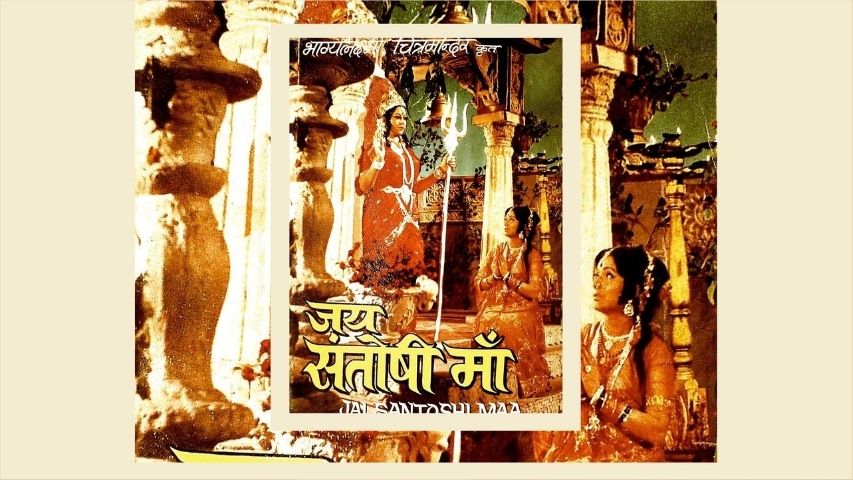 The story revolved around Satyavati, whose strong faith in Maa Santoshi (Mother of Satisfaction), takes her towards a journey of trials and tribulations with Lord Narad testing her devotion at every step. Initially declared a flop, the film picked up in the second week and achieved cult status. Villagers flocked to the closest cinema halls in cities, which would be packed thereafter.  Anita Guha who played the role of Goddess Santoshi was in a dilemma as scores of people thronged outside her house in Bombay to take her blessings. She was mobbed in public places and people would touch her feet.

Thereafter, Anita Guha essayed the roles of many goddesses. C. Arjun scored the music.  Usha Mangeshkar rendered most of the songs with the title song becoming an evergreen favorite. Jai Santoshi Maa was remade in 2006 in which Usha Mangeshkar again rendered the songs but it failed to create the same magic. 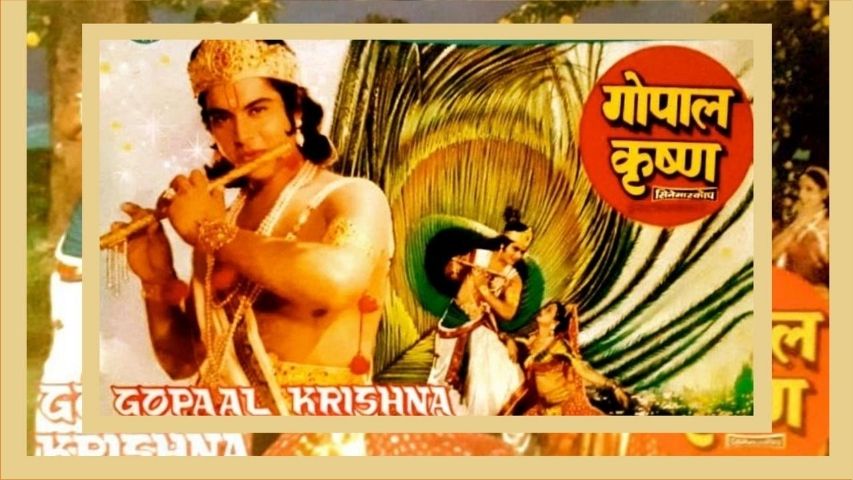 Directed by Vijay Sharma, this was produced by the Rajshree Banner. It was well received at the ticket windows. Sachin, Zarina Wahab, Manhar Desai, Satyajeet, Mahipal, Rita Bhaduri and Paintal played the key roles. The music was by Rajshree’s favorite music director Ravindra Jain. As the title suggests it was a take on the story of Krishna, his birth, his childhood, his love for his beloved Radha and finally his fight with the evil Mama Kansa who ruled Mathura. Sarika, was initially signed for the role of Radha but was replaced by Zarina Wahab. 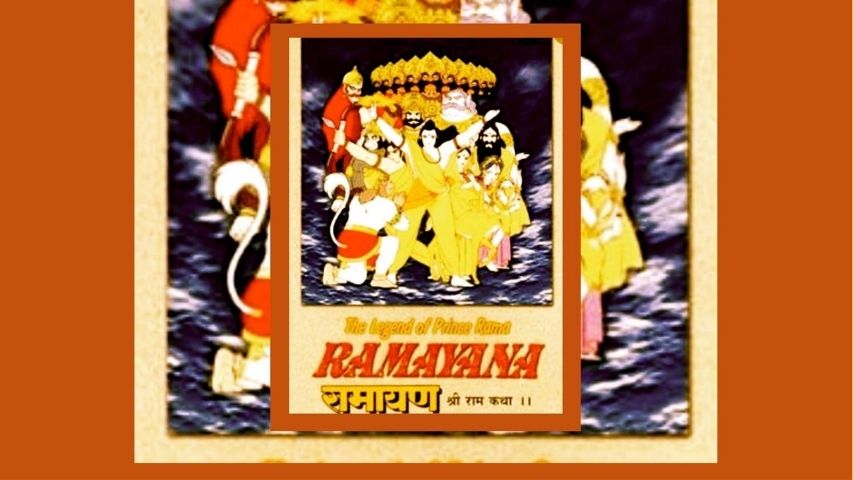 This animation film Ramayana was based on Valmiki’s Ramayana. It was an Indo-Japanese joint venture directed by Yugo Sako, depicting the battle between Lord Ram and the King of Lanka - Raavan. Usually top class, this endeavor’s dialogue was dubbed in Hindi. Amrish Puri was the voice of Raavan, Pearl Padamsee was the voice of Manthra, while Cyrus Broacha was the voice of Angad and Noel Godin, the voice of Hanuman. This co-production was designed to mark the 40th anniversary of friendly relations between India and Japan. Some eight years later, it was presented as the opening attraction of the Lucca Animation Film Festival in Italy. 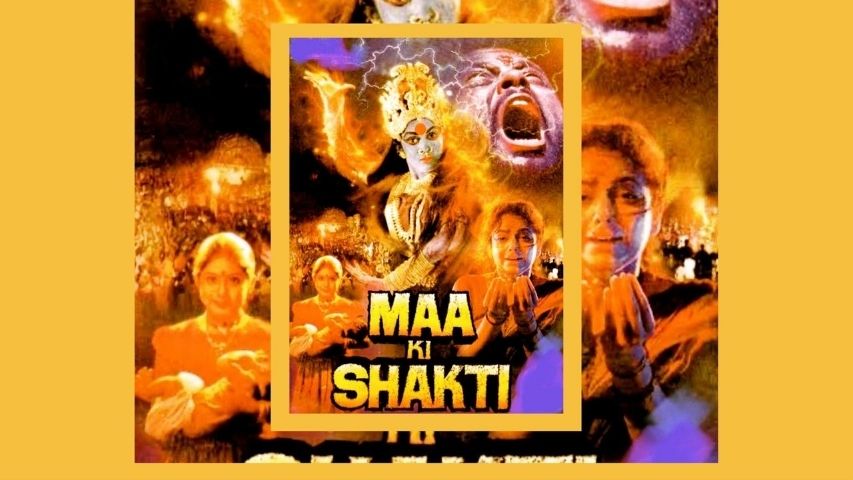 I would like to add the mind-blowing Ammoru (Goddess), a Telugu mythological, which I thoroughly enjoyed. Directed by Kodi Ramakrishna, it starred Ramya Krishnan (now famous as Queen Shivgamini from Baahubali), Soundarya, Suresh and Rami Reddy. The visual effects were extraordinary, especially during the finale when Goddess Durga transforms into Goddess Kali. Ramya Krishnan as the feisty Goddess delivered a power-packed performance. At a time when special effects were not as advanced as today, this effort was a sheer dazzler. A blockbuster in the southern territories, it was dubbed in Hindi as Maa Ki Shakti and is accessible on the OTT platforms.