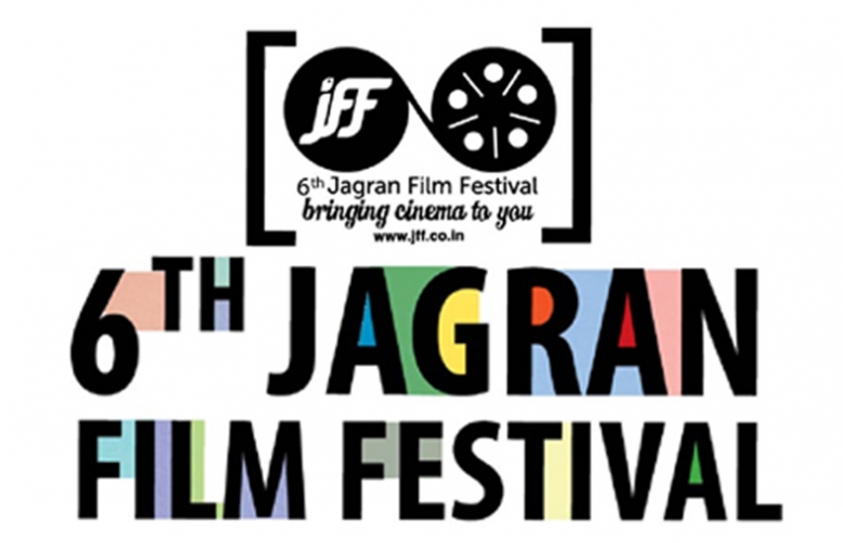 ~ The biggest multi-starrer series on the internet ~

Mumbai, September 30, 2015: Y Films, the youth division of Yash Raj Films, India’s leading movie studio in association with India’s largest travelling film festival, the 6thJagran Film Festival, in a unique initiative, is premiering the biggest multi-starrer series on the internet, Man’s World, on September 29, on YouTube. The trailer of the four-part series launches today on YouTube.com/YFilms.

Man’s World, a comedy, is a what if. What if women treated men, the way men treat women. It is a story about walking a mile in their shoes, in that world. The lead protagonist of the series, Kiran, is a man who believes the world is unfair to men, and soon finds out how unequal, uncomfortable and unfair the treatment to women really was, when he faces gender discrimination as a man in a world that gets ‘flipped’. Kiran is played by Gaurav Pandey, who is being launched by YRF in the series. The series is written and directed by Vikram Gupta, who has earlier directed the Ching’s ‘Hunger Ki Bajao’ campaign TVC, starring Ranveer Singh and produced by YRF.

Speaking about the unique initiative, says Parineeti Chopra, “YRF has always been ahead of time. It was only natural that if the UN came and did something in India, that YRF would be involved in it. I hope this brings a positive change in everybody’s life.”

Says Pritish Nandy, “The crux of the matter is that you and I and all of us must practise gender equality all the time in every context without talking too much about it …. It’s something that must exist in your life as a matter of fact. “

Says Kalki Koechlin, “It’s fantastic that YRF is working in collaboration with the UN. I really hope the series picks up and people become more conscious about inequality.”

Says Richa Chadda, “It would be interesting if men had to give birth because if they had to then there would have been a painless way of pregnancy. They would have invented it by now.”

Speaking on this occasion, Mr. Vinod Srivastava (Sr. General Manager, Brand Development, Jagran Pakashan Ltd) said, “This is a very unique initiative undertaken at the Jagran Film Festival this year. We are glad that Y Films has come up with such a meaningful concept to support the gender equality and are honoured to showcase the series exclusively at JFF.”

YRF Vice President, Ashish Patil says, “Big shout outs & big love to all the fantastic people who’ve come on board and helped turn our first series, Man’s World, into the biggest multi starrer ever on the internet! They’ve all brought in an incredible energy and their own experiences into getting this very important message on gender equality out there to as many people as possible, making Man’s World truly special. We’re hoping our viewers enjoy watching it as much as we did making it.”

Man’s World will be available to audiences for free on the YFilms’ YouTube channel, starting 29th September. The second episode will premiere on 1st October, the third on 6th October, and the series finale will air on 8th October.

An exclusive, one-time only premiere of the full series, will happen at the 6thJagran Film Festival, Mumbai’s Largest Film Festival, on October 1 at 8.30 pm at Fun Cinemas, Andheri West.For more information, log on to www.jff.co.in.

About Project Everyone:
Project Everyone is the brainchild of Richard Curtis with the ambition to tell everyone in the world about the Global Goals so they are best achieved. The project’s Founding Partners include Aviva, Getty Images, Pearson, SAWA Global Cinema Advertising Association, Standard Chartered, Unilever and the Bill and Melinda Gates Foundation.

In India, the Global Goals campaign is being supported by various corporates, organisations, media houses and NGOs including Reliance Group – the first Global Goals Campaign Partner from India, Tata Group, eBay India, Confederation of Indian Industry, Hero MTB Himalaya, Hello! India Magazine, Yash Raj Films, Magic Bus and Akshaya Patra. All over the world the project is being supported by hundreds of television, radio, poster and digital companies, mobile phone and broadband providers, NGO organisations from all sectors, businesses, sports clubs, film and television production companies, record labels, events, magazines and retailers, all of whom have agreed to carry the goals to their fans, customers and users to help them become known all over the world.

Through an integrated approach, the goals will tackle the social, economic and environmental challenges to achieve sustainable development to meet the needs of the present without compromising the ability of future generations to meet their own needs. The new Sustainable Development agenda will guide all countries on a path that will transform the lives of all people toward increased prosperity and greater well-being while protecting the environment.

For more information, please visit www.globalgoals.org.
About Jagran Film Festival:
Jagran Film Festival (JFF) is an initiative by the Jagran Group towards creating a culture of cinema appreciation. JFF is an honest and sincere attempt by Jagran to spread this culture, and create a platform that connects great content with audiences across the country. The festival screens films across genres, documentaries and world classics apart from student films and ad films. A unique feature of JFF is that the cast and crew of a few select films are invited to a discussion with the audience on various elements of the film. An important aspect of the festival is to generate a discussion on the various aspects of Cinema and its impact on society and popular culture. A series of Panel Discussions will be held with deliberations by eminent personalities from the film industry.

About Y-Films
Y-Films is the dynamic, vibrant start-up at the intersection of films, creativity and youth culture that hopes to challenge the norm and detonate boundaries. Giving the youth a creative outlet and voice that will entertain and unite on film and beyond. A studio that promises to deliver kick ass films of the youth, by the youth, for the youth. And be a platform for talent – both on screen and behind the scenes – who will break and set new rules of story-telling. Wanna know more? Come on in… www.yfilms.in