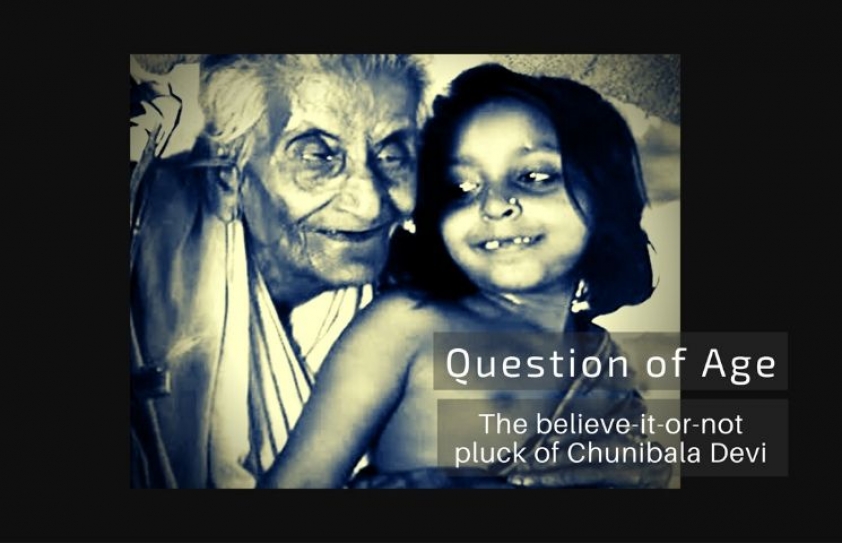 Question of Age: The believe-it-or-not pluck of Chunibala Devi

Khalid Mohamed writes on the uncanny story of Chunibala Devi, who at the age of 80 portrayed the tetchy yet lovable village grandma brilliantly in Satyajit Ray’s Pather Panchali (The Song of the Road).

His first film Pather Panchali (1955), won eleven international prizes, including the inaugural Best Human Document award at the 1956 Cannes Festival. This film, along with Aparajito (1956) and The World of Apu (1959), forms The Apu Trilogy.

Now why am I harking back specifically to the masterwork Pather Panchali today? Without any intention at hyperbole, one has to repeat that its greatness would not have been possible without its compact ensemble of characters, one of them a senior citizen.

Right now with TV series and feature film productions resuming in the midst of the Covid-19 lockdown, senior actors on the wrong side of the 60s, including Kanwaljit Singh have been axed from the serial Sandwich. Story-telling niceties can go fly a kite. Evidently, the show must go on, never mind the insensitive treatment meted out to actors who have slogged for long hours since years to keep these very shows on the air.

Actor Prithvi Zutshi was informed by the producers of the show Pyar ki Luka Chupi that his services were no longer required to which he responded, “Why is this ruling being implemented only on artistes? There are shopkeepers, in this age group, who interact everyday with customers and politicians who conduct rallies and visit hospitals.”

Seasoned actress Suhasini Mulay has contended, “Actors are chosen based on their capabilities, charisma and the image they carry. If I can’t cast Amitabh Bachchan because he’s over 65, should I cast Abhishek Bachchan instead just because he resembles him and has a similar name?” 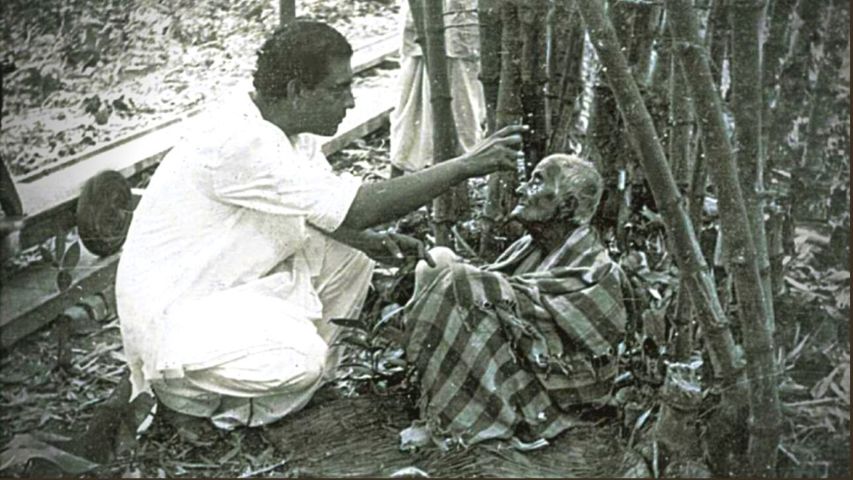 The point is, would Pather Panchali have been possible without one of its endearing characters, a grandmother living through the end days of her life? Would Ray have halted the shoot and waited to do the right thing or would he have just found a younger replacement (sprinkled with white powder in her hair and pencil wrinkles sprawled on the face)? That’s a no-brainer actually.

Indeed, these are just a welter of thoughts aroused by the current heartlessness to senior actors during the pandemic. Although this has little or nothing to do with Pather Panchali, yet there is resonance here - Ray had taken the risk of casting an aged woman, aware of the fact that perhaps she would not be able to act convincingly or would have found the shoot far too strenuous to take.

Hence, I clock back to 65 years ago. Besides the Cannes honor, Pather Panchali was named Best Feature Film and Best Bengali Feature Film at the 3rd National Awards.

Still a bestseller on DVD (part of the prestigious Criterion Collection), Pather Panchali is saluted to this day and age by both global critics and connoisseurs of cinema as the best – if not the most well-known film - to have emerged from India.

This classic is enshrined in the memory, especially for a singular performance by a senior citizen, which touched the viewer emotionally, rather than by revealing any excess, which would have lapsed into rank sentimentality.

The performance was extracted from Chunibala Devi, who at the age of 80 then, incarnated the curmudgeonly and yet heartbreakingly lovable Indir Thakrun for Ray’s adaptation from a novel by Bibhutibhushan Bandhophadyaya. Lore has it that circa, Ray couldn’t finalize an actress for the role after meeting several octogenarians who were either too senile or given to cosmetics and artificial mannerisms. 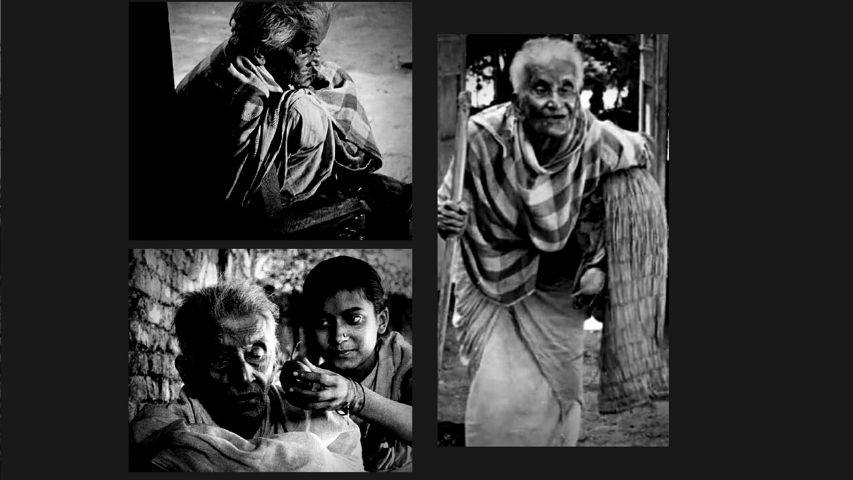 Accompanied by his production manager, the filmmaker knocked on the doors of a brothel in North Calcutta, where Madame, who asked business-like, “Would you like to see the girls”, welcomed them - not quite. Ray asked the Madame if she would act in his film.

Although Ray had no credentials and could promise her a meager fee of Rs 20 a workday, Chunibala Devi was thrilled. From the world’s oldest profession, she would be returning to a sphere she had excelled in during the best years of her life.

A popular stage actress, Chunibala Devi had also acted in a clutch of films of which the two most successful ones were – Bigraha (1930) and Rikta (1939). Her astoundingly naturalistic performance of the old crone in Pather Panchali fetched her top honors at the Manila International Film Festival.

Perhaps, if the jury at the Cannes, Berlin or Venice festivals had awarded her, it would have been celebrated at home more robustly. In any case, that wouldn’t have mattered. She passed away after a bout of influenza, before Pather Panchali was released in her homeland.

According to Andrew Robinson’s seminal book Satyajit Ray: The Inner Eye (1989), Chunibala Devi had the qualities of what makes a fine actress: discursive but not obstinate, eventually surrendering to the director’s vision. She begged to differ vehemently during the making of her death-scene, which was set at a village shrine.

Ray had altered the location to a neutral spot, focusing on the silence and the inevitability of her death. Indrin Thakrun is shown squatting, and on being prodded, her head hits the ground. It wasn’t the risk of getting injured but the departure from the original text, which bothered her. Surrendering to Ray, she followed his instructions, elating the auteur as well as the crew once the scene was performed to perfection on the first take. 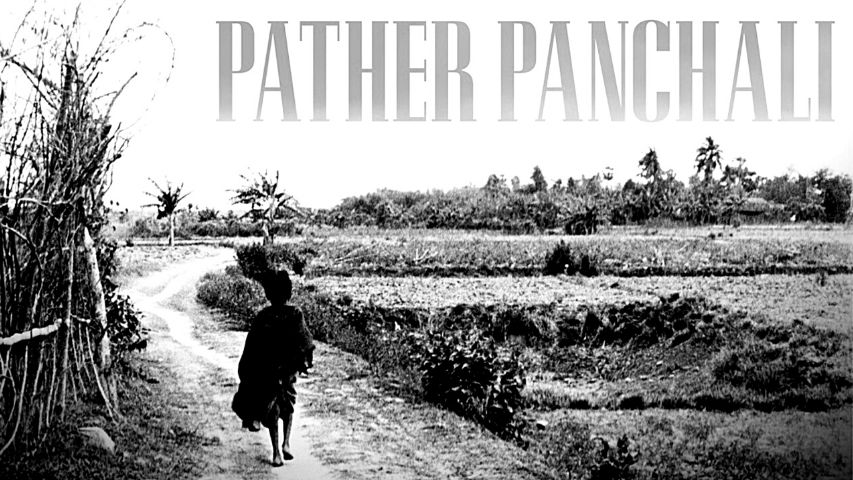 The next scene, showing her body being carried on a bamboo bier for the funeral rites, down a desolate village path, is unforgettable for its elegiac impact. It was to be pictured at 5am at Boral, a village a manageable drive away from Calcutta. Chunibala arrived in a taxi at the dot of time, allowed her frail body to be tied up with ropes, and the shot was taken after a rehearsal.

Once the filming was over, she didn’t stir. The unit was alarmed, “Could she be really dead?” On being prodded she smiled toothless, and huffed, “Is the shot over? Why didn’t anyone tell me? I’m still here lying dead.”

One can only presume that after that death scene, the actress returned to her home in the red-light neighborhood. What drove her there after acting on stage and screen, however, is a hard-luck story, which affirms that female artistes have always been relatively poorly paid and aren’t insured, to this day and age, against the specter of penury.

So many celebrated actresses from the 1940s and 1950s have faded out into sunset boulevards in the bright bustling Bollywood too; their neglected achievements buried with them. In fact, old-timers recount how a B-grade comedienne and a heroine of Bollywood of the ‘60s, was compelled to survive by operating ‘houses of ill-fame’. Ill fame! How chauvinistic does that sound? No one wants to leave the fame game unless she has no option. No one leaves unless given marching orders.

There’s a moral to be learnt, then, for the rule-makers of the authorities for TV series and features right now.

Quite gloriously, Chunibala Devi had seized the option to return, and firmly proved that age cannot prevent the recreation of magic in front of the eye of the camera. That required stamina. It is said that she would keep herself together by taking her daily pinch of opium. The one-day she didn’t, she was distraught - she couldn’t speak.

Indeed, when she’s squatting, bends over and dies in Pather Panchali that was her last big hurrah. The Song of the Road couldn’t ever have been sung without her.