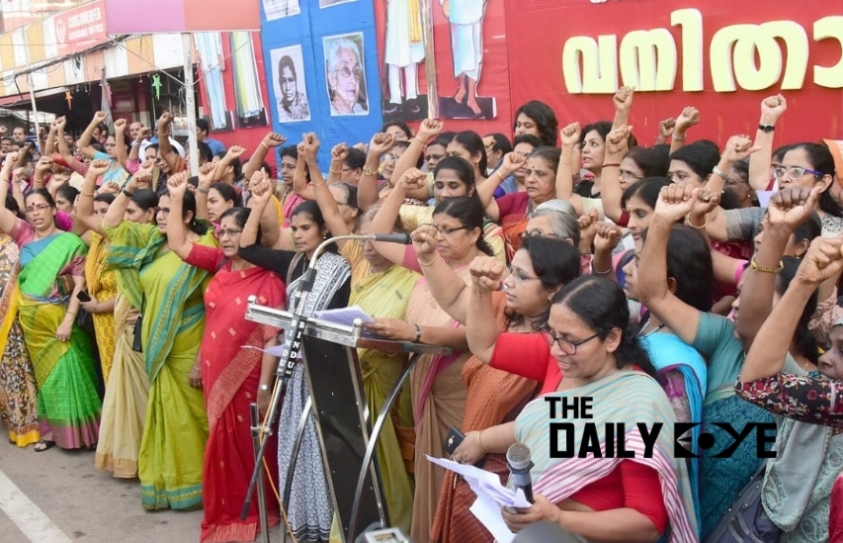 Protests caused because of having allowed two women inside the Sabarimala temple have gone unruly in Kerala, where groups of angry traditionalists have been waving black flags, blocking traffic and staging demonstrations outside government offices. Police used teargas and water cannon to disperse the protesters outside government buildings in the state capital of Thiruvananthapuram, according to local news channels. The police intervened after clashes between Bharatiya Janata party and Communist party workers. 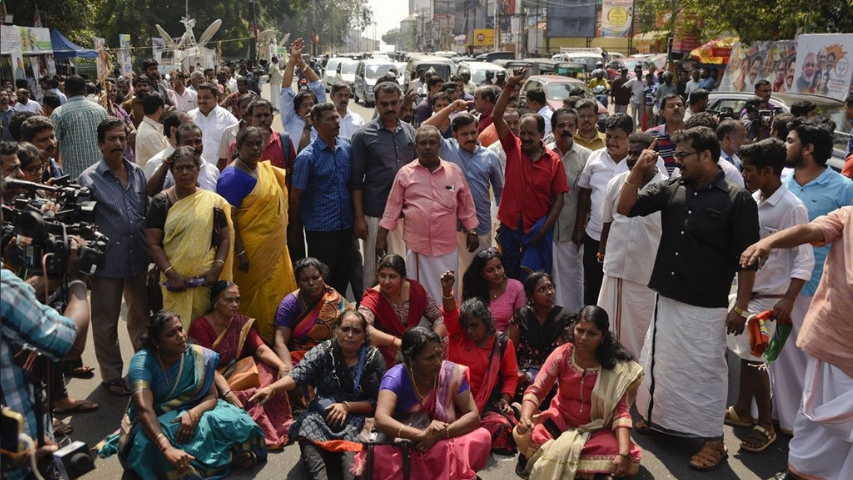 The women, Bindu Ammini and Kanaka Durga, in their 40s, entered the temple in the early hours and left after offering prayers to the deity Lord Ayyappa, who is celibate. It is this celibacy that is cited by Hindu traditionalists as the reason why women under 50 should not enter the temple. The fear is that the women could “tempt” the deity. The two women, given police protection now, were challenging a centuries-old ban on menstruation women entering the temple. 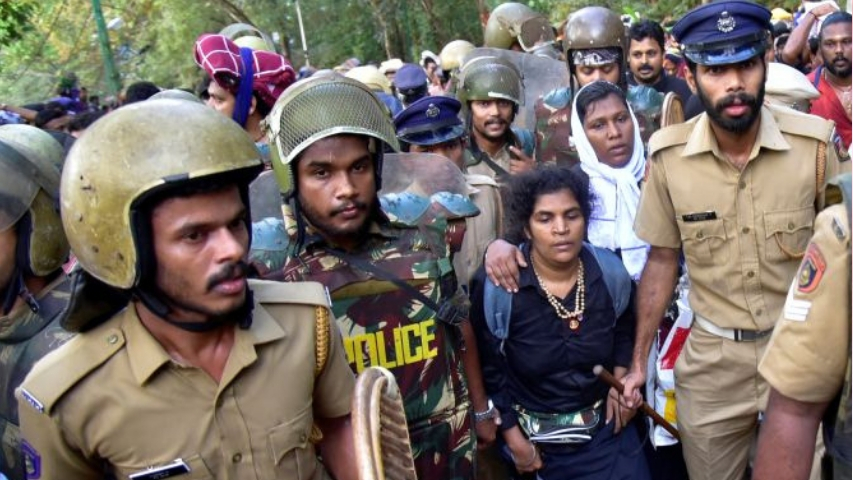 After the ruling, several women tried to reach the shrine but were forced to retreat by activists comprising ordinary women and political groups, including the BJP. The BJP’s head in Kerala called the visit “a conspiracy by the atheist rulers to destroy the Hindu temples”. The Prime Minister said that ‘the ban was a matter of religious belief, not gender equality’ in an interview.

On Tuesday, hundreds of thousands of women in Kerala formed a human chain 380 miles (610km) long across the length of the state to demonstrate their support for gender equality. The “women’s wall” rally was backed by the government. Seema Mustafa, a political commentator, said the call for a strike could trigger more violence. “Given how the BJP simply isn’t prepared to let go of this issue, despite the Supreme Court ruling, it means the violence is likely to continue,” she said.

It is expected that on 22 January, the Supreme Court will hear a handful of petitions asking to cancel its earlier ruling. So the religious beliefs and gender based issues have faced a conflict as each and every single individual has an own perspective.