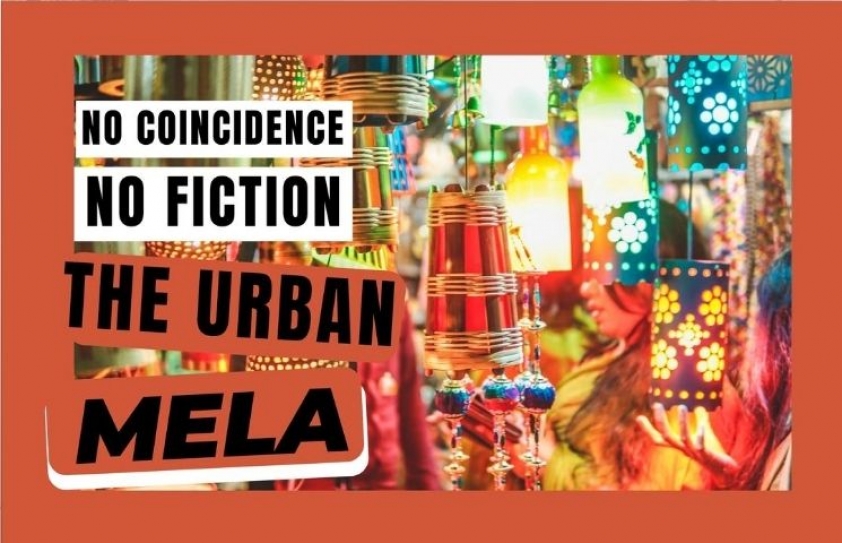 No Coincidence No Fiction: The Urban Mela

Ranjit Rodricks writes that the loot that’s taking place in broad daylight today, is just like a Mela in a faraway village!

There are dazzling sideshows and glittering giant wheels and heady aromas wafting out from the food stalls.

Excited children are giggling and laughing as they enjoy their heady experience on the Roundabout and the adults, well, the ‘Man at the Centre’ of it all mesmerizes them.

Bearded and Saint-like, he sits cross-legged on the mat with his two pet monkeys, both of whom are busy feasting on juicy bananas.

He eyes the crowd around him, waiting for his grand show to begin.  He needs the exact moment, the moment when the crowd begins to get restless.

And then, with a beating of wooden drums, he begins to stir his pet monkeys out of their reverie. As if on cue, he pushes them in front of him and the simians begin to perform a much-practiced routine of tricks and gymnastics, which keep the audience around him enthralled.

They shriek and shout in their gaudy costumes as they wrestle to contort themselves into impossible positions, to the amusement of the on-lookers. “How marvelous,” the villagers exclaim to each other in their colloquial dialect.

“The Madari is a master. He can make apes do things which few humans can do,” says another.

“He is surely a wise man to accomplish such feats with wild animals,” says a balding, rotund man in a lungi hiked up to his knees.

The show is finally over and the crowd disperses with a light heart, happy to have witnessed some manoranjan in their humdrum lives. They sigh in happiness as they get home that night and begin to undress for bed. They reach for their wallets in their back-pockets – but they are GONE! The women feel around their neck for their jewelry too. But their shiny gold necklaces have DISAPPEARED into thin air.

En masse, they storm the police station with mashaals and lathis in their hands, demanding lawful intervention and the return of their money and jewelry. But the Madari, his dedicated band of pickpockets and his two monkeys, has long disappeared into the pitch-black night! The villagers realize that the two shrieking monkeys were nothing but an entertaining distraction to keep them occupied while they were being robbed of their valuables.

It’s the same thing playing out, every day, in urban India too!

At the center of it all is a saint-like wise man who has two pet monkeys to distract the public while his henchmen rob them in broad daylight. One monkey (rewarded by the Madari with the choicest of bananas), diverts the mesmerized public’s attention by shrieking about issues like nepotism, filmy cliques and championing for a CBI probe of a death of a colleague she never knew. 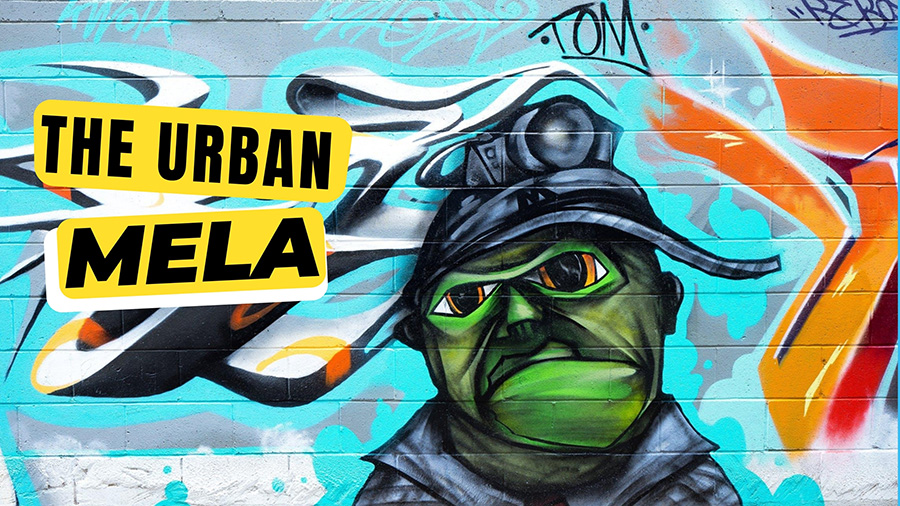 She makes you believe that it could all happen to you as well, if you are an outsider and that you and your kin will suffer at the hands of a few in power. Being a trained performer, you believe this monkey. What’s more is that the monkey has got several national awards for its performance. That resolves your belief in her theories. She successfully distracts you and you spend endless hours debating her accusations and performance and how it will affect your life.

The other monkey is also well trained and rewarded with the choicest of bananas by the Madari. He shrieks and shouts out from our television screens every night. Nothing is sacred to him, except the Madari and his gang of pickpockets! He tries to portray the Madari as Messiah! This monkey uses the vilest of language and threats to anyone who dares to oppose his Madari.

Every night, the urban populace gathers around their TV screens to watch his exaggerated performance. His antics are enough to keep everyone entertained and suitably engrossed because again – he infers that you and your loved ones are going to be the next to be targeted by the debauched scoundrels who criticize and question his Master’s noble ways. He wants you to know this! He wants the Nation to know this! And yes, THE NATION WANTS TO KNOW…

Just like the gullible villagers who got robbed by the Madari’s gang at the village Mela while engrossed in his monkey’s performance, the urban populace suffers the exact same consequence. While they are busy being distracted with issues like nepotism, murder/suicide of a popular actor and bringing the State Government crashing down by implicating the son of its leader, the general population is being robbed blind! Apart from being robbed of thousands of crores of Rupees in the form of dubious charity funds, the public is being robbed of their fundamental and democratic rights.

The Madari is powerful because so many have fallen prey to the smoke screens and illusions created by this master magician. For them, he is the real thing. The one who gets apes to do things even humans can’t do.

And while they remain busy bowing down and worshiping the saint-like wise man, he and his cronies are robbing them of their dignity, their health care, their livelihood, their hearth and their home. Maybe they deserve it? Maybe one day they will wake up and see the act for what it is… just an act? Till then roll up the curtains, roll up the curtains! It’s time for the next show to begin…!

*This is a piece of fiction and any resemblance to any particular person or persons is purely coincidental.