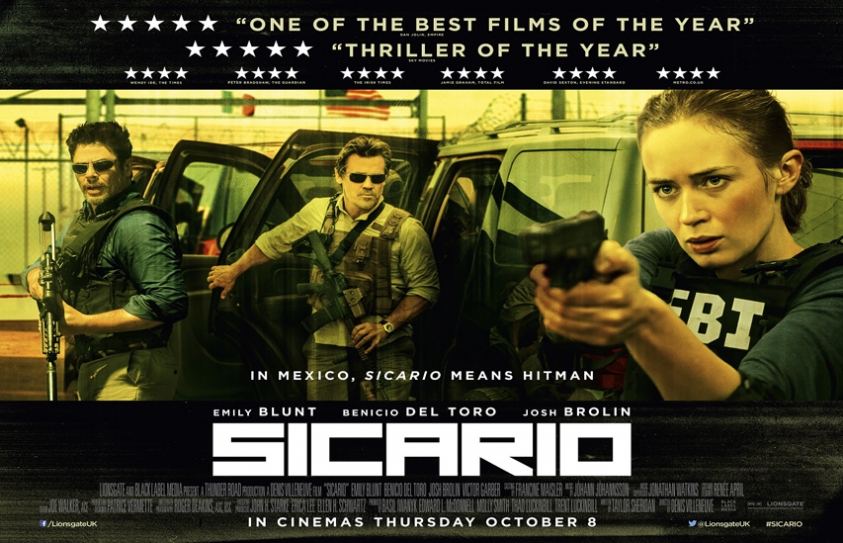 “Justice is incidental to law and order” – J. Edgar Hoover.

This line does not appear anywhere in the film’s title cards but ought to. It is never said to the idealistic, rookie heroine FBI agent Kate Macer (Emily Blunt) either. Perhaps it could have saved her a world of pain where she and her partner Reggie Wayne (Daniel Kaluuya) are mere pawns in a greater game.

After a raid in a house, they stumble upon bodies hidden in the walls. The IED in the backyard kills two officers, the consequent gore largely and aesthetically obscured by the dust. Determined to get to the bottom of what really happened, Kate agrees to join Matt Graver (Josh Brolin) from the Department of Justice, who is not all he claims to be. Nobody is readily putting all their cards on the table for Kate, least of all Matt’s partner Alejandro Gillick (Benicio del Toro), a mysterious lawyer from Cartagena. 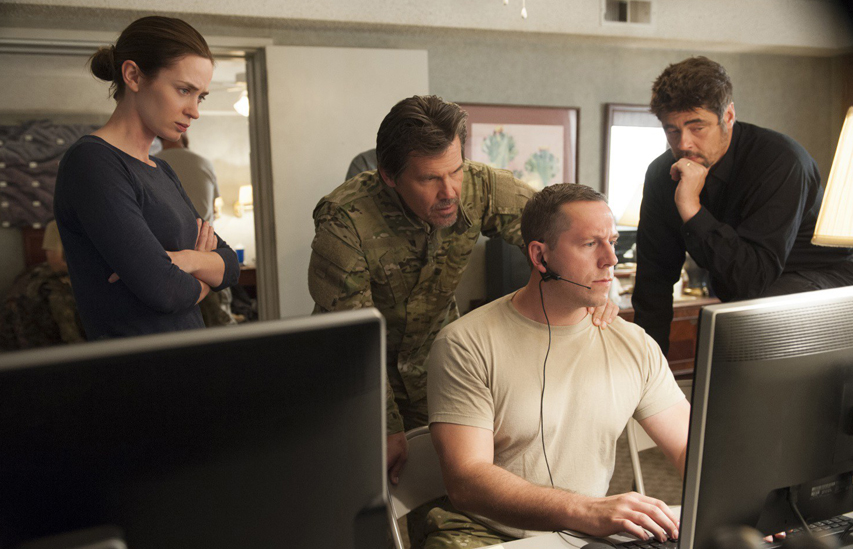 When she asks him how the drug cartel in Mexico operates, he says, “You’re asking me how the watch is made. For now just keep your eye on the time.” It only ratchets her impatience and her intrigue, pulling her into a darker cesspool of cartel violence and unethical practices that she cannot unsee.

We occasionally cut away from Kate’s POV to a Mexican police officer, Silvio (Maximiliano Hernández), who is a key cog in the wheel but representative of an ordinary Mexican life. He is possibly the only character with a humanising backstory, since there is little on the personal lives of our key characters.

Alejandro’s reveals his motives too little too late. Until then, Sicario drones on between two impressive sequences — a tense frontier shoot-out and a pre-climactic gun fight. Our characters brood, question their ethics and scheme to thwart the crime ring in morally objectionable ways (what’s with Alejandro in the key water-interrogation scene?), all for the greater good. 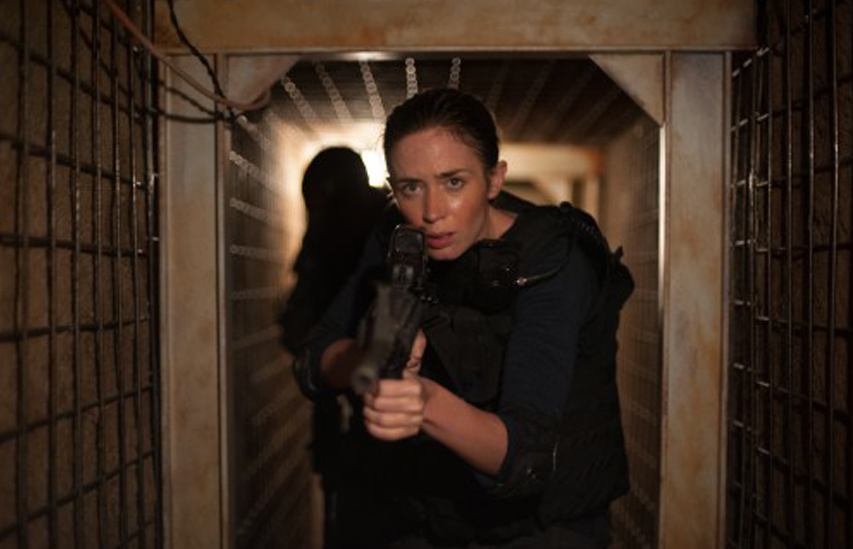 Anyone who loved Prisoners will be acquainted with Villeneuve’s slow burn pace and his focus on a character study than on delivering the thrills. Sicario repeats the same pattern in a larger setting. Despite the bleakness and the gratuitous violence, it is a struggle to sustain interest for the proceedings.

What really come to Sicario’s aid are the stunning camerawork by Roger Deakins and the soundtrack by Jóhann Jóhannsson. Otherwise the tussle between right and wrong continues and not to a very entertaining result.

Sicario is intense and impressive in parts, but lacks the angsty punch Prisoners delivered to the gut. Watch only if you are a hardcore Villeneuve fan. Thriller aficionados must rent City of God, set in Brazil’s cluttered favelas for a truly haunting crime drama on drug cartels.