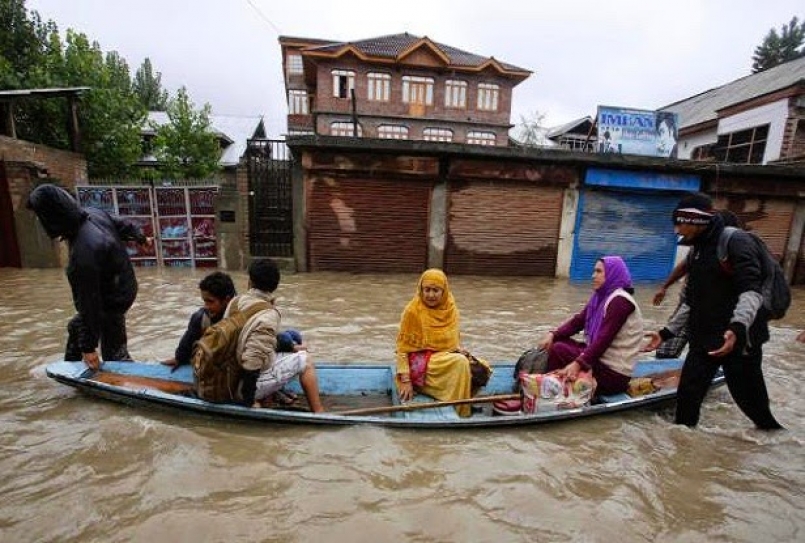 Jammu and Kashmir was unprepared for flood fury

State did not have forecasting system or a disaster management plan in place The devastating floods in Jammu and Kashmir that has so far claimed 150 lives and displaced hundreds of thousands was unforeseen. The state, because of its history of conflict, was not as privileged as the other Indian states to have a flood forecast system or a disaster management plan in place. While rivers in spate continue to engulf homes in the state, the Central Water Commission says ?lack of pre-requisite requirements? is to be blamed for absence of flood forecasting system in the state. Even when the state falls in highly active seismic zones IV and V, the state administration sat on the plan for disaster management. The scale of damage to infrastructure and crops in the state due to floods and landslide triggered by heavy rainfall is still being assessed. Since the roads and highways were blocked, 25,000 pilgrims headed to Vaishno Devi shrine were trapped in Katra.