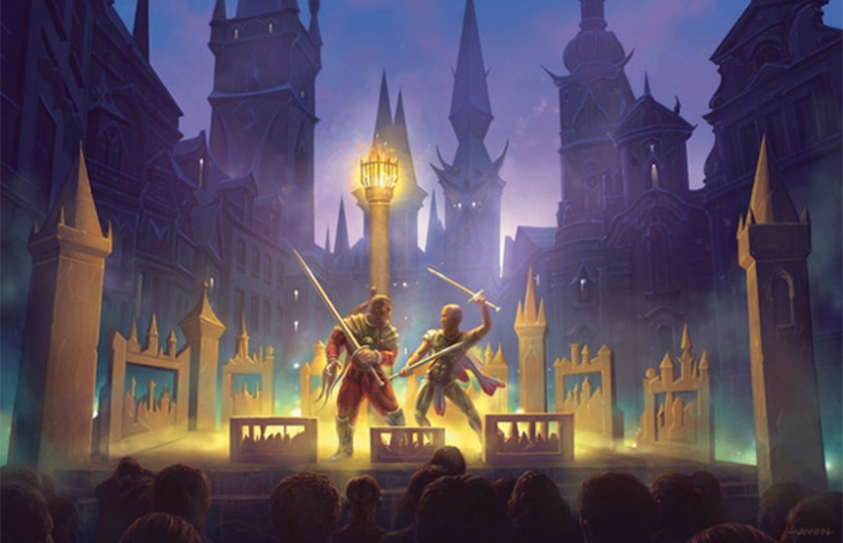 The fourth edition of Writers Bloc, a wonderful initiative to encourage new writing, commenced last week and the city’s theatre scene perked up.

A decade or so ago, theatre producers and directors, adapting yet another foreign play, lamented the dearth of original playwriting in India—at least in English and Hindi. But what incentives did playwrights have? Very little money, less exposure and often writing in a vacuum with no hope of even getting their work staged.  Most of them were self-taught, with hardly any chance for proper training or even mentoring.   Some original English plays had emerged from the Sultan Padamsee Award for Playwriting, but that was not enough to fuel a movement, and eventually tapered off.

Then Writers’ Bloc came along in 2003, the challenge picked up by theatre group Rage, run by Rahul DaCunha, Rajit Kapur and Shernaz Patel.  They created the opportunity for aspiring playwrights to get mentored by experts from the Royal Court Theatre, UK.  Sangita Jindal offered use of her lovely guest house in the peaceful countryside of Vashind. But the question arose, after the plays are written, then what? With the help of Jindal, the Bajaj Group and the British Council a festival was planned. Writers’ Bloc matched playwrights with producers and directors, so that the works were staged, reached audiences and built reputations. The festival was a big success and had an immeasurable impact on the city’s theatre.

In the first edition, were plays by Anupama Chandrashekhar, Aruna Thosar Dixit, Shiv Subrahmanyam, Farhad Sorabjee, Apoorva Kale, Sandesh Kulkarni, Rahee Dahake, Nitin Batra and Rahul da Cunha himself.  The festival of these new and exciting plays-- in English, Hindi and Marathi-- blending fresh voices with writing finesse and the energy of young directors was a big success.  Suddenly, the plays being done in the city by established groups seemed jaded and outmoded.

The best part of Writers’ Bloc was that it conquered the one-play syndrome, wherein a playwright came up with one play, thought the effort was not worth it and went on to do something more lucrative. The fact that several writers from the first lot are still active in theatre shows that the process triggered off the imagination and gave thewriters an incentive to keep working and polishing their craft.

It was exciting enough to look forward to Writers’ Bloc 2.  There were over a hundred entries in six different languages; eleven playwrights were selected for the training programme. In January 2007, a 24-day festival showcased their marvellously varied and stimulating work, sharing ideas that had never before been attempted on the city’s (or country’s) stages.

This time, there were writers like Irawati Karnik,  Rajiv Rajendra,  Ram Ganesh Kamatham, Vijay Nair, Maia Katrak, Ajay Krishnan, Manasvi Lata Ravindra, Sachin Kundalkar, Manjima Chatterjee, Anuvab Pal, Swar Thounajam—anyone who has been following the city’s theatre, would be able to see that some of them have since moved several levels higher, not just with plays but films too.

Now it’s time for Writers’ Bloc 4 and by this time, Mumbai is chockablock with theatre, many young playwrights, directors and actors at work, alternative venues welcoming performances of all kinds, and the city’s stage providing talent to films, TV, ads and web series. Now theatre even seems like a viable career option for young people, who find that plays written now speak their language and express their thoughts. This year a Tamil play has found itself into the mix-- Sunandha Ragunathan’s Mundhirikkotte about the lives of three different communities crossing paths.

Asad Hussain’s (one of the writers of Bajrangi Bhaijaan) Naqqash is about a village without men;  Shardul Saraf’s Janak is a satire about the system, Rahul Rai’s Outer Dilli is about the coming of age of a village boy transplanted into Delhi; Iranian born Nassim Soleimanpour’s White Rabbit Red Rabbit is about an actor performing from a script just handed to him before an audience; Saggherr Loadhii’s Tutak is about a gay man trying to be ‘normal; Swati Simha’s Flypaper Trap is about demonizing the ‘other’,  Shivam Sharma’s Given is about four people coming to terms with their mistakes;

Add to this workshops, discussions, music, and innovative ways of engaging with the audience, and the result is a festival of and for true theatre lovers.

When the call went out for entries, Writer’s Bloc received over 200 entries from even remote parts of the country and from neighbouring Sri Lanka. It is heartening to note that so many writers are looking at theatre as a means of sharing their thoughts, and in these troubled times, any means of exchanging ideas is worth encouraging.