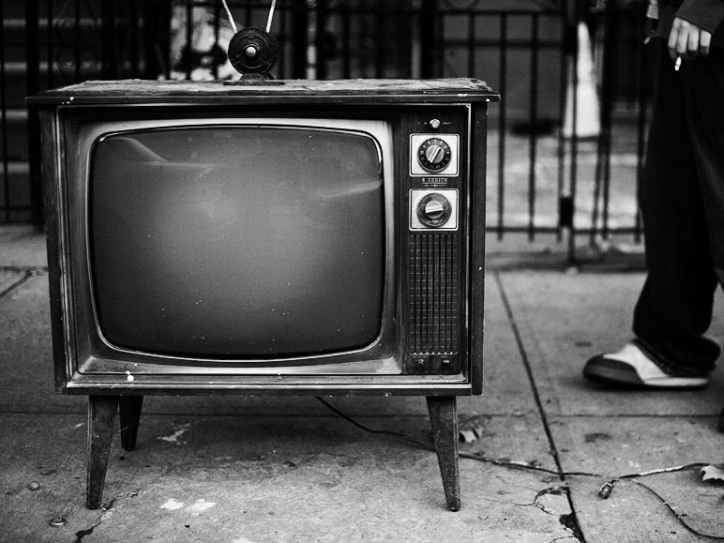 How inured have we become to the over the top interiors and the same old locations (Gateway of India and Chatrapati Shivaji Terminus) at prime time, is unimaginable. We don?t even sit up and notice the outdoor scenes. Simply for this reason, the Hindi language soaps are overwhelmingly Mumbai centric in locations and even plots. This doesn?t apply to shows like Crime Patrol, Savdhaan India and CID, as they do go to the seat of the event. Even for the long running Yeh Rishta Kya Kehlata Hai which is set in Udaipur, the team hasn?t exploited the cityscape fully.

The new show, Yudh and the nascent Zindagi clutch notwithstanding we have had a few shows which have moved away from Mumbai and her plastic society for a touch of homespun family life,?? homes and issues.

Balika Vadhu based its action in Jaitser, a non-descript village in Rajasthan; one of the states?? where child marriages are a social norm. The makers have used the coarse landscape to weave the suitable plot ? jam packed rickety buses and jeeps even for Jaitsar?s first family. Now the action moves between Jaitser and Udaipur. The badi haveli is in keeping with Kalyani Devi?s status, furnished with rural d?cor. While Premkishore Shekhar?s haveli in Udaipur, reflects his army background and?? contemporary interiors.?? Likewise, Na Aana Is Des Laado?s hinterland story of female infanticide could only unfold amidst such an authentic setting. Even a part of Uttaran which was set in a sinister haveli which was Akash Chatterji?s family home was a majestic location, albeit remote and sinister.?? While the first season of Na Bole Tum Na Maine Kuch Kaha?was placed in Indore, the second season zeroed in on a chawl in Mumbai.

Diya Aur Baati Hum is such a refreshing view, although a saas-bahu plot (the makers couldn?t avoid that) the action is located primarily in Pushkar with its middleclass homespun charm. The add-on locations like Ajmer, Karnal, etc. and earlier a police training academy helped with an eyeful of exteriors. Suraj isn?t a tycoon zipping around in swank cars, but runs a halwai shop and rides a scooter. Such a setting happily dispenses with suits, chiffons and baubles. Despite her mother-in-law?s rejection of Sandhya?s aspiration to join the IPS, she completes her training,?? wins the best cadet trophy and is the given the position of ASP in Pushkar. Pushkar with its auto rickshaws and bike traffic is a change for luxury sedan ridden sore eyes.

When the action is required to move out of the confines of the house, there is a chronic sameness. In most of the exterior shots in our serials, are in a mall, a parking lot, a restaurant or a hotel lobby; and overhead traffic shots are also common, with intercuts of the actors??? close-ups taken in a simulator.??

Creative teams of production houses need to spend time traveling the Indian countryside rather than vacation spots outside the country. There are stories waiting to be told, there are places which need to be discovered, photographed and exposed to the arm chair traveler among the viewers. Isn?t it?? time, our production houses indulged in some research and development and took a hard look at the reality around them and venture beyond their swish offices. India has a wealth of landscape, literature and lore. Cinematographers and scriptwriters alike could well do with ?a discover India time out? -- with a digital camera and I-pad. It?s unfortunate that we as a society don?t thrive on backpack travel, treks and biking trips like they do in Europe, USA and Canada.

I would like to take a leaf out of Bollywood here. Hindi films have long been destination pointers for the inveterate Indian tourist thanks to songs being picturised there. Raj Kapoor made the Swiss Alps (Sangam) and Amsterdam?s?? Keukenhof Gardens (Prem Rog) famous; other films like Love in Tokyo and Evening in Paris made Paris and Tokyo buzz words. It was directors like Shyam Benegal who?? set most of his films in rustic, small town India; even Sai Paranjpye set films like Chashme Buddor and Sparsh in Delhi, and Katha in a Bombay chawl. Today outbound tourism to Canada, New Zealand and South Africa is thriving thanks to our films which have been shot in those countries. Naturally, the tourism boards of these countries are wooing Bollywood big time. Doing the same on TV with destinations in India is well a dream.

Strangely, when Doordarshan was the sole channel there were shows like Gul Gulshan Gulfam which were based in Kashmir (even a few scenes were shot on actual locations in the Valley). Television is a mass medium which boasts of a spectrum of viewership. It can move its stories and locations out of urban India into the small town and hill stations which would appeal to the discerning viewer. The bling, baubles and saas-bahu syndrome needs to be diminished. What we now need are stories which are out of the box and alive, to avoid Prime Time ennui. Till then we are just reinventing the wheel. What a waste of talent and resources.