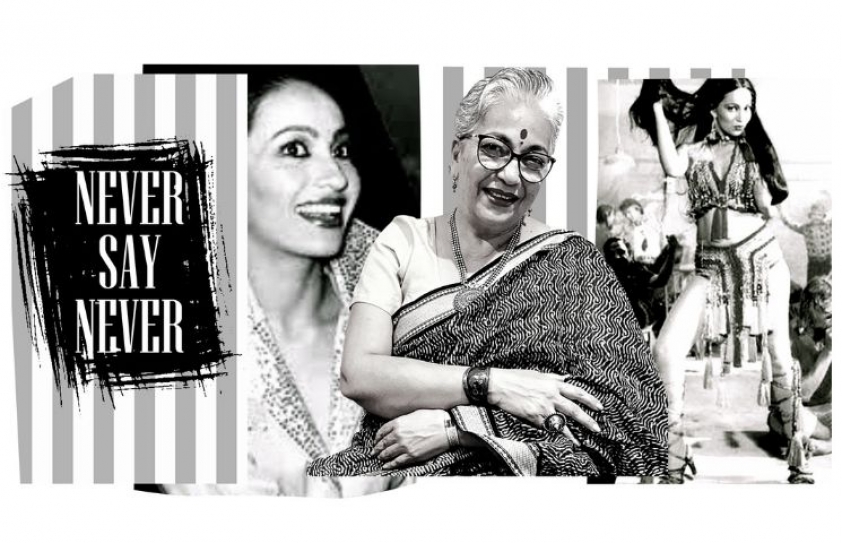 “Who says I have quit forever”, asks the screen sensation of unforgettable dance numbers, Kalpana Iyer, in a chat-fest with film historian Dhruv Somani.

From the suburbs of Bombay, she dared to dream the impossible dream. Crowned Miss India (1978), she represented the country at the international pageant of Miss World, and then turned her focus to Bollywood to reign as the dancing queen.

There came a time when she was seen in almost every second big-budget film and captivated audiences on the wide as well as the small screen. A popular artiste, she had molded her career on the lines of Cuckoo and Helen.

Curious to know more about her, I dial her number in Dubai for a Zoom chat. Over then, to the Rambha Ho girl Kalpana Iyer:

I am open to working on any and every platform, be it films, television, OTT whichever. I don’t know why it is assumed that I’ve quit forever. Just pick up the phone and make the effort to call and ask me if I’m willing to be a part of a project or not. I have never refused any work in my 50-year-old career. I am not concerned about the length of the role. Even if it were one powerful scene I would willingly do it. I am just a phone call away.

I have been well settled in Dubai for the last 20 years. I stay with my youngest sister and her son who works here. I am in the catering business but at the moment due to the pandemic, everything is closed. So, I am enjoying my time at home and cooking very often.

Film people who come down to Dubai do call me up. My dear friend Padmini Kapila has kept in touch with me regularly all these years. Today I’m at peace with my life. I received what was meant to be mine. However, I did lose out on things, which were not written in my destiny. 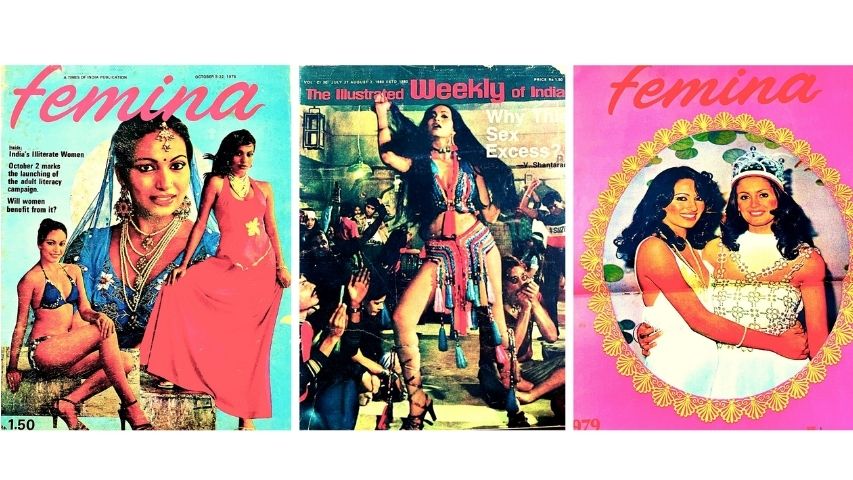 I lived in Sion. I had started working at an early age, starting with stage shows with Mukeshji, Mohammed Rafi saab, Kishore dada and Mahendra Kapoorji. Since I was a competent dancer, I travelled for stage shows all around India and the world over. Mukeshji had my passport made in 1973 and I travelled abroad with him and his troupe for the very first time. By word of mouth, I began to get more work as a dancer. So, my journey began with performing at shows.

I used to be quite petite and wafer-thin. Someone told my mother that I should do fashion shows as well. Mum was taken aback since models are always tall while I was just 5 feet, five inches in height. Yet, I guess some things are meant to be. I even won a local beauty contest, which was a huge boost for my confidence. Because I didn’t have a fancy wardrobe, I’d borrowed clothes from my family and friends. Next, in 1975, I was the first runner-up to Anna Bredemeyer at the Navy Queen contest, after which I became a full-time model for top brands.

Soon, I met Mrs. Vimla Patil of Femina who nurtured me and was instrumental in shaping my life. Also, there was Mrs. Shanti Chopra who guided me a lot. I did several fashion shows and was the in-house model for Femina. I was one of the few girls who were not bound by any contract since they all knew I needed the money at that point of time. I was focused, sincere and punctual. I was always ready for rehearsals. I never belonged to the South Bombay circle. I was a simple girl from Sion; maybe my simplicity, innocence and enthusiasm worked in my favor.

In 1976, I participated in Miss Teenage International and went to Aruba. As Miss India at the Miss World pageant, I won the title of the most popular candidate. 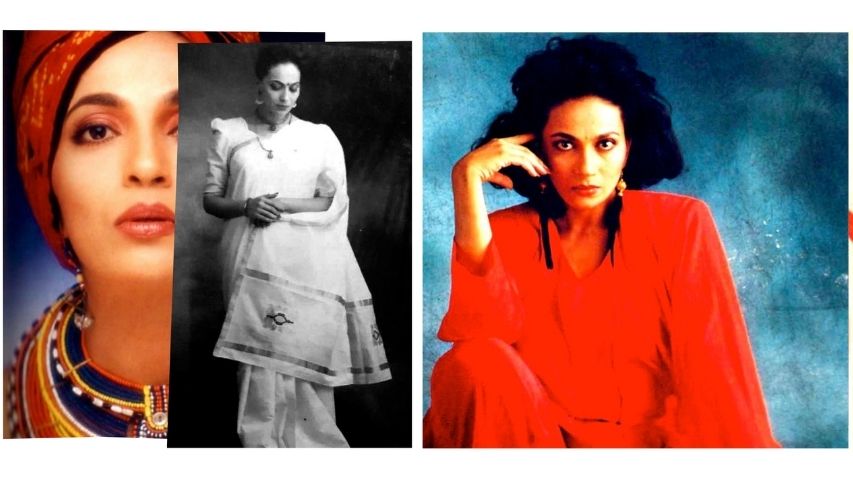 Back in Bombay, I heard that the Rajshri banner was looking for me. That’s how I got my first break in Manokaamnaa (1980) opposite Raj Kiran. Initially, Deepti Naval was supposed to play the heroine but she was stuck in London shooting for Ek Baar Phir (1980). So, I was signed on. Clearly, if something is meant to be the universe conspires to make it happen. My first fashion show came to me because Tina Munim said no at the last minute to Mrs. Patil as she had signed Des Pardes (1978). Similarly, many fashion shows came to me since Vani Ganapathy had dropped out of them in order to marry Kamal Hassan.

I didn’t have a secretary. I didn’t know anyone in the industry, so I just followed my instincts and did whatever came my way. On the sets of Manokaamnaa, I met Dev Anand who had known me as a model. As enigmatic as ever, he asked me, “Young girl, will you dance in my film?’ I was speechless, without a second thought, I agreed. After he left, I got a big shout from the people around me, saying I had made a big blunder. Dev saab’s film was Lootmaar (1980) and the song was Jab Chhaye Mera Jadoo.

On the first day of the shoot of Lootmaar, on the sets I signed Chetan Anand’s Kudrat (1981), the song was Chhodo Sanam in the company of Vinod Khanna and Hema Malini. Vinod Khanna was such a gentleman, a pleasure to work with. And Chetan Anand was such a wonderful old school director, so detailed, taking a personal interest in my costume, as he wanted it to look a certain way. It weighed 20 kilos due to the heavy crystals on it.

Saawan Kumar Tak signed me up for Saajan Ki Saheli (1981) on the second day of shooting of Lootmaar. The song was Bolo Man Tumko Kya Mangta. On the third day, I got Bambai Ka Maharaja (1980). On the fourth day I was confirmed for Hari Om Hari from Pyara Dushman (1980). And on the fifth day, I was penciled in for B.Subhash’s Disco Dancer (1982). So, Lootmaar was very lucky for me. In a weeks’ time my career had gone into a different zone altogether. I became so busy that by the time Manokaamnaa released, I had already featured in quite a few films as a dancer.

Helenji had retired and there was a vacuum for a dancer, a mold I fitted into easily. The disco wave had caught on then and it worked beautifully for me. 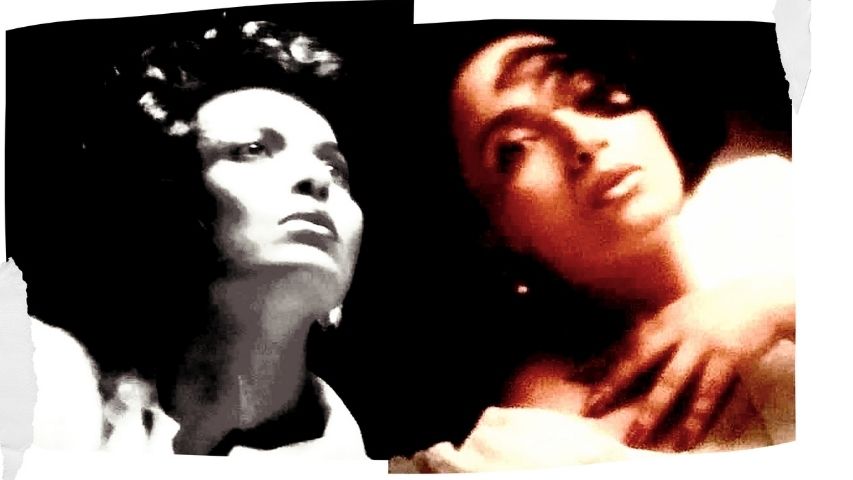 Bappi Lahiri, Usha Uthup and Me

Pyara Dushman (1980) became quite a craze for the song Hari Om Hari, which was inspired by Boney M’s One Way Ticket. My much-talked-about costume for the song was the idea of Mr. Anand Sagar. It was inspired by a calendar, an advertisement for threads and yarns. My designer Allan Gill, God bless his soul, made this iconic costume. Vijay-Oscar choreographed it. My equation with Bappi Lahiri and Usha Uthup became rock solid since they were a part of most of my hit numbers. There’s a wonderful connection with them, which has lasted to date.

Even after doing so many songs, I’m still identified with Rambha Ho Sambha Ho song from Armaan (1981). Contrary to popular belief, this song was shot at Natraj studio in Bombay and not in Goa. Prema Narayan danced on one stage and me on another with many chorus dancers and the lead stars. The skirts worn by Prema and me were provided by me. I had picked them up from the Fiji islands. Allan designed delicate matching blouses for us, and the number really rocked. The editing was truly scalpel sharp. Both Rambha Ho and Aa Meri Jaisi Haseena for Armaan have become iconic songs.

The Ramsay Brothers’ Maut Ka Saya (1982) remains one of my unreleased films. I remember shooting for it at Ballard Pier in Bombay with Sachin, Vijayendra Ghadge, Anil Dhawan, and Geeta Behl who passed away recently. The shooting was mostly at nights; all of us were petrified of falling from the jetty, which had gaps in the planks. It was quite an experience to work with the Ramsays. They were very hard-working and committed to their craft.

I thoroughly enjoyed doing Chor Police (1983). Once again after Lootmaar, elaborate sets had been designed for the dances. The cabaret songs, Aaj Mera Dil Jhoom Jhoom Gaaye and Meri Jawani Hai Chandi Sona were wonderfully composed by Panchamda and sung by Asha Bhosle. P.L. Raj Masterji choreographed these songs for my role of a club dancer. In fact, Aaj Mera Dil Jhoom Jhoom was the mahurat shot for Chor Police.

These songs remain special - before this most of my songs were shot at the discotheque Caesar’s Palace. It was a standard joke those days, that they sign Vijay-Oscar, get a round trolley, and get Kalpana to dance and the number will be completed within one-and-a-half shifts. Lots of directors would come to me and say that their film was ready for release; they just needed to add a quick song. I’d jump at the offers since I never said no to work - such wonderful memories. 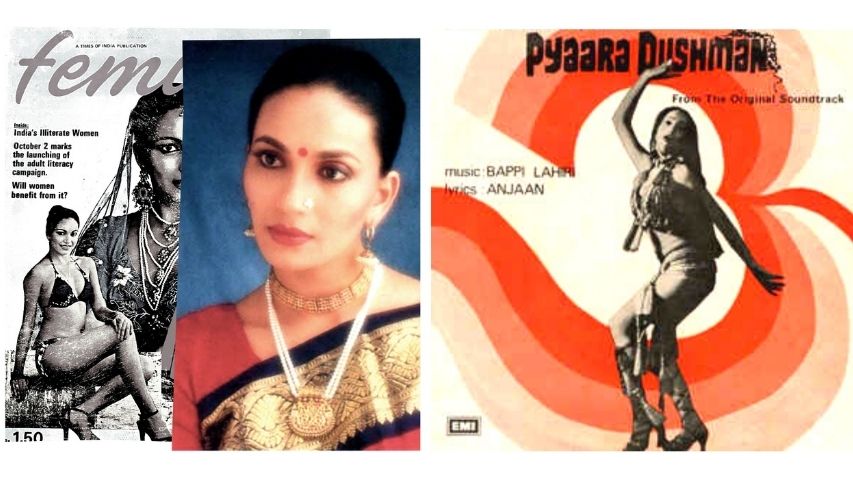 I was offered the song Zihale-E-Miskin from Ghulami (1985). I went to Jaipur to shoot but had to return without shooting. I still don’t have a clue about the reason. Finally, Huma Khan did it. I was also offered Mujhko Ranaji Maaf Karna from Karan Arjun but they found me expensive, so Sheelaji did the song with Mamta Kulkarni.

Other noteworthy films I did were Zakhmi Aurat (1988), Jungle Ki Beti (1988), Tum Mere Ho (1990), and Anjaam (1994) - in which I had a powerful role. In Raja Hindustani (1996), I did the chartbuster song Pardesi Pardesi and finally there was Hum Saath Saath Hain (1999). Coincidentally, my first as well as my last film were for the Rajshri banner. I also did a lot of television shows like Kashish, Yug, Banegi Apni Baat - in which I worked opposite Irrfan Khan, and Chandrakaanta and Dillagi.

I left the industry because it was changing rapidly. The quality of work was becoming compromised. Moreover, there was a time when producers came forward with the payments promptly. But then came a time, when I had to chase producers for my payments. Also, there was this trend of other actors undercutting their fees due to which I lost out many projects. So, I was fine with leaving with my heels and head up high.

All the pros and cons considered - the film industry had been kind to me. They knew much more about my life than I am willing to speak about today. A dignified silence has been maintained, keeping my reputation intact. What more can I ask for?  I enjoyed working with every co-star as I was easy-going and kept it very professional.