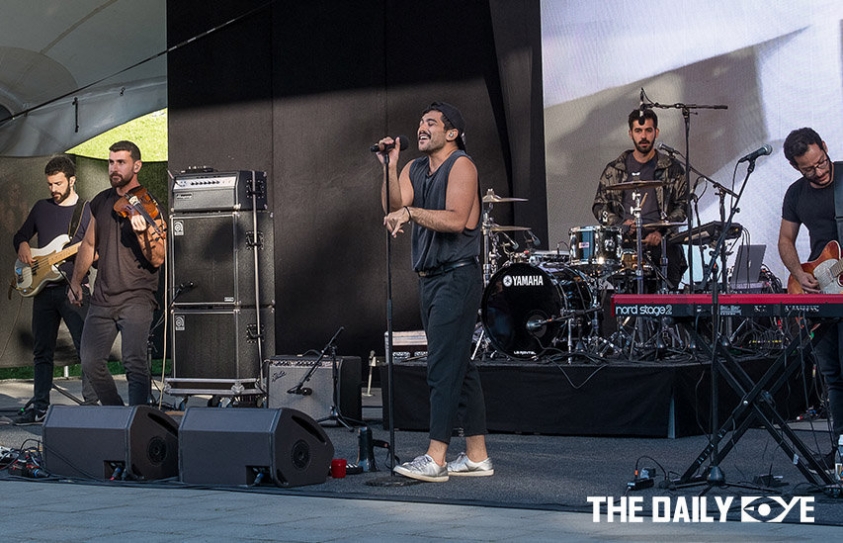 Every artistic creation is always a reaction to, and a direct product of the time it is made in; simultaneously being a comment on, and of the era. The same is true for the Lebanese band Mashrou Leila, who have slowly been growing, making their presence felt in the musical world, as well as the political one.

As lead singer of Lebanese indie rock band Mashrou Leila, and an openly gay public figure, Sinno has inadvertently become both spokesperson and sounding board for the niche minority that he represents. Speaking to the New York Times, Sinno mused over all the various identities that he possesses, and the outcome of the same.

Mashrou Leila made it to the headlines only recently, but the band began a few years ago, when seven young boys in Beirut started jamming at night after university classes. Seven changed to five, and before anybody knew it, Mashrou Leila were a phenomenon. The name literally means a 'one-night project', and soon grew popular in the college community. Their songs and lyrics spoke to the youth, who, in the middle of the Arab Spring, were trying to find their feet- understand their history and create an identity, and come to terms with the changing political scenario. With such a backdrop, Mashrou Leila appeared like a beacon; their music felt Arabic and recognizable without being too anti-western, and they spoke loud and clear- about politics, about authority, about love and loss, about being queer, and about being Arab.

Rock music and controversy, though, have always courted trouble together, and Mashrou Leila is no different. Jordan previously, banned their concert twice, and they were once accused of promoting sexual deviancy in Cairo after fans were seen waving rainbow flags. Their politically-fueled lyrics and Sinno's sexuality seem to be a rather touchy issue for governments.

The band grew in popularity in the States, appealing to Arab expats, and the booming music industry, and Sinno had welcomed it gladly, hoping to experience the 'free land' that he had associated the image of America with, but the change in the social scene was too disturbingly visual. The blatant racism, he said, speaking to the, was too visible, and all-too-evident. The recent mass shooting by an American Muslim at a gay nightclub in Orlando, though, shook him up. Within a day, he was both victim and criminal, and torn between the two. Mashrou Leila took up the fight, though, opening their performance in Washington DC with Maghawir, a song about gun violence. It proved to be their breakthrough, catapulting them onto the international stage. Sinno was consequently invited to lead the pride parade - his first- at Toronto the following month.

"This is what it is like to be called both a terrorist and a faggot." Sinno had said, at the concert, speaking of the mass shooting. His gayness became a victim of his Arab heritage after one brief night, and it is this pigeonholing that Mashrou Leila sings against- the denial of multiple identities, and the blatant preference of one over another, until people recognise that everyone everywhere is at once the same, yet different, that people like Sinno can be, as he said, "...equal parts queer, Arab and Muslim."