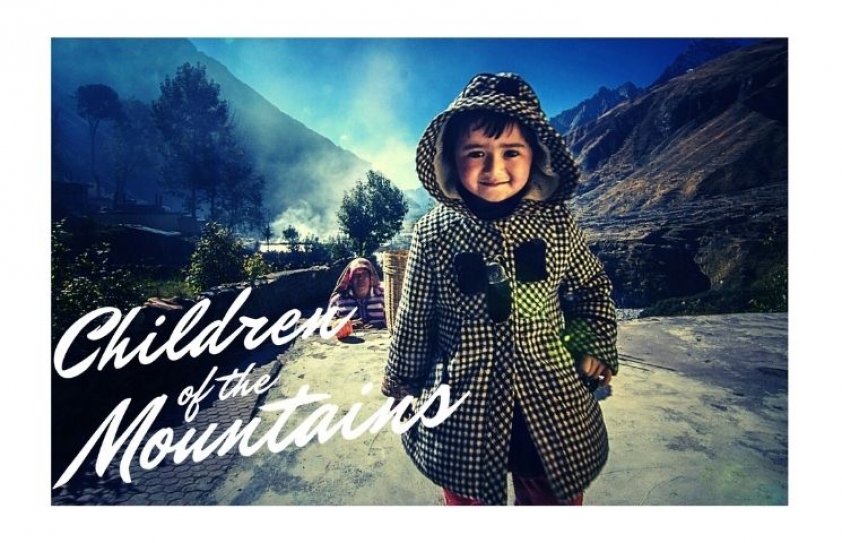 Children of the Mountains

A photo-essay by the itinerant Ashis Ghatak on the spirit of the children who live and learn among the mountain valleys.

My mountain trips fill me up with the euphoria I was  born for. But Sundays in the mountains make me feel down. On Sundays, the wondrous mountain roads are bereft of the school kids I meet around the bend throughout the weekdays, be it in brilliant sunshine or under the umbrella of chiming raindrops. I wonder when their schools start and end. Whenever I try to click their photographs, they speak in sotto voce within themselves. Who is this stranger, perhaps they ask one another.

I remember Mahima, a girl in her early teens from  Goundar, a small Uttarakhand village. I saw her in a shanty dwelling, stoking the fire while her mother was boiling water to cook up some refreshments for us. Wearing a shabby blue dress, she spoke in a barely audible voice when I asked her of her school. 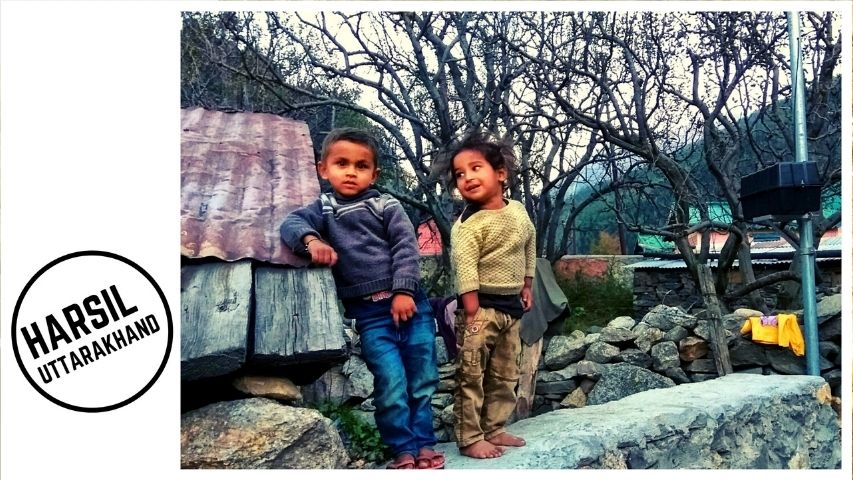 Two shiny red ribbons in her neatly plaited hair looked clearly out of place in the sooty, dark interiors. Her mother did all the talking. Mahima helps her mother run errands, serves food to the overnight guests in their little homestay, opens and cleans the shops at dawn and goes to morning school in between.

Outside the hut, I sat in the open space and was talking to her father. She brought me tea and I asked about her friends. Beside the eyes of the powerful patriarch who was counting days for Mahima to cross the threshold of teens and getting her married, she looked at some younger boys busy playing marbles a few yards away. A day later while returning, I found her sitting with them, on a slope overlooking Madhuganga river. They were studying, immersed in their books although no one was compelling them to, the way parents often have to in the cities. 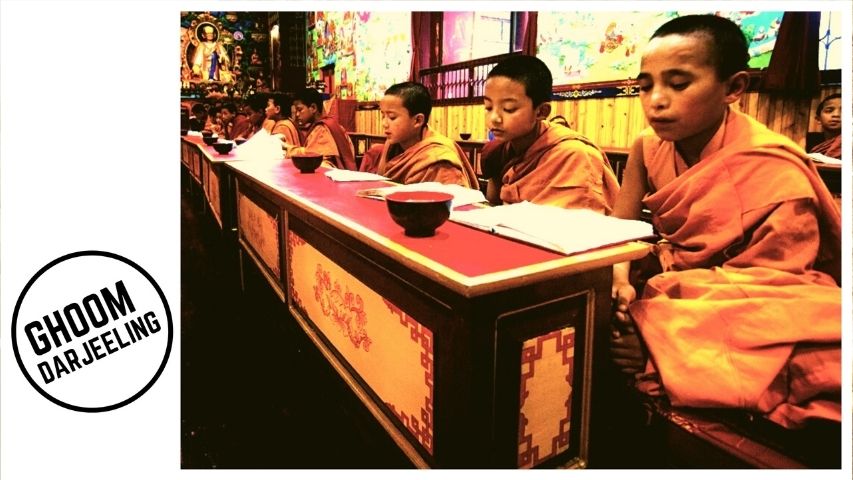 Monasteries are one of the most indelible charms of the North-eastern Himalayas. Their incalculable heritage value, the mystic silence inside the vast fragrant prayer hall, the imposing statue of Lord Buddha and the horde of tiny monks who flit all around like red and golden butterflies, are as magical as they are mystical.

While the prayers are on, I sit at a quiet corner to observe the kids. Spreading brittle pages of the scriptures before them, their minds as they tease their neighbouring friends, something which I used to decades ago.

When the senior monks pray to the beating of drums and cymbals, the children fall silent and are focused on the prayers. When butter tea is served at the end of prayers in plastic bowls, they pick them up instantaneously to romp around the courtyard. Every time I leave them, I search for the answer of an unresolved paradox - without realising the cravings of childhood, are they walking towards the paths of renunciation?

Are they moulding themselves, unknowingly, as the seekers of truth? 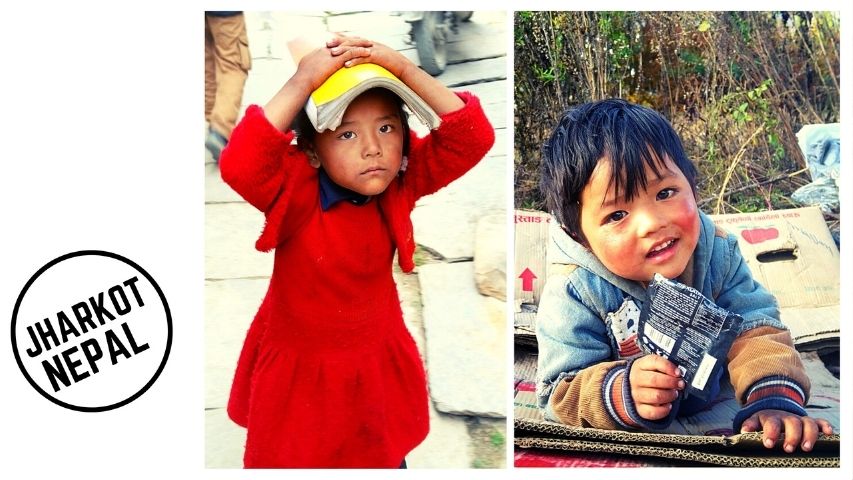 Kids carry the spirit of the hills within themselves. Their sense of humour has an unique quality: a quiet, low-key buoyant joyfulness. They wear the silence of the hills even in their giggles, they never complain even if a life of hardship stares hard at them. During one of my treks in the craggy valleys of Spiti, I met a knee-high boy, Karan, whose deeply probing glance left me nonplussed.

He stood behind his uncle when they came to our camp in the evening. He had broken his arm after falling off his donkey. They had gone to an army camp, which was quite a distance away. The army men had tied a makeshift bandage around Karan’s arm. Now, they were looking for some medicines - fortunately, I had some pain killers.

The next morning when we were moving out, I met them again. I asked Karan how he was to which he responded with a shy smile. If his arm was still paining, he didn’t wish to show it. 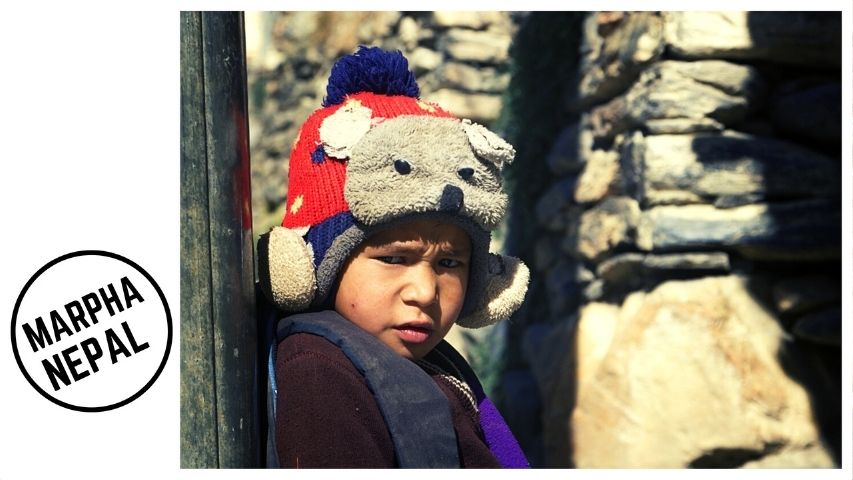 The uncle then told me that education is beyond the reach for boys like Karan, who have to leave their homes to earn money when the trekking season is on. They offer their donkeys on rent for tourist rides. In the biting cold, I was clothed in multiple layers. Karan was wearing a thin woollen sweater with multiple holes. I could only empty whatever chocolates I had, which he accepted humbly. But he kept looking at me mutely, perhaps with questions, which could never find answers. I felt how poor I was, and how rich Karan was with his  endless endurance.

And there was Kisna of Marpha, a village cloistered in the upper reaches of Nepal Himalayas. After an overnight stay, I just had a few hours to roam around. I carried a bag of carrots, some packs of buckwheat and powdered spinach, a bottle of apple brandy, and a big carton of the famous Marpha apples. It was Kisna who asked me to click his photo. He wrapped his hand around my neck and posed for selfies. 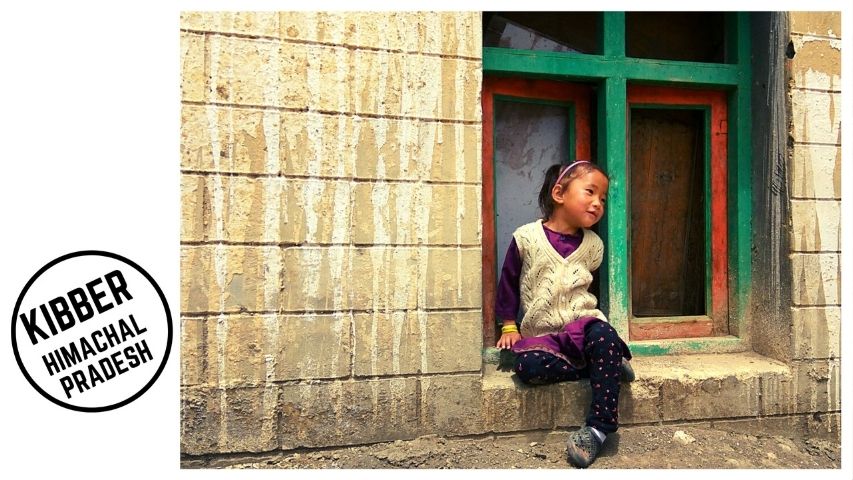 I was speaking to him in Hindi to which he replied in Nepali, without caring whether I understood a word or not. His school hours were approaching and his mother was calling him repeatedly. He looked back at his home furtively and stretched out his palms for money for allowing me to take his photos. I gave him an Indian currency note, as a token and not to encourage him in the gambit of earning a fast buck.

A few minutes later I met him again. He was headed towards school with his mother. He smiled and I extended my left palm to touch his head. To my surprise, he returned my gesture with an instinctive high five. I didn't look back and left the place thinking, Kisna might pick up more pages of worldly wisdom before I meet him again perchance.