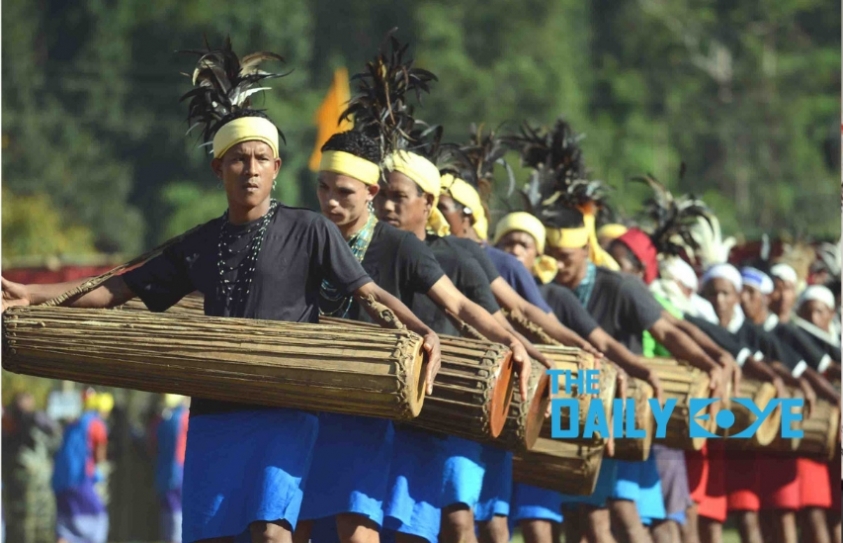 The Wangala Festival of Meghalaya which is also known as the “100 Drum Wangala Festival” is an enchanting winter festival. Practiced traditionally by the Garos, it is the annual harvest festival of Meghalaya and is celebrated in the honour of Misi Saljong, The Great Giver. Northeast India with a total of 7 states has many unique festivals and they showcase in its brilliancy. Agriculture being the main source of income, most of the festivals revolves around harvest which is celebrated with great pride and joy. Among them, Wangala is a post-harvest festival of thanksgiving after the completion of all agricultural activities. 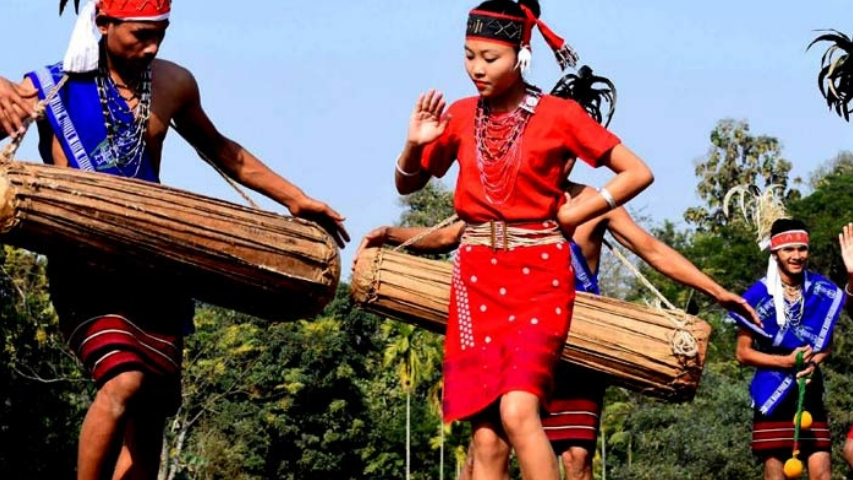 Winter being the main harvest season in the Garo Hills of Western Meghalaya, Wangala Festival comes as a weeklong celebration in the second week of November every year. Garos are extremely attached with their cultures. Their traditional weaved festive attire donned with feathered headgears are called 'Dome'.

Music and dances form a significant part of the Wangala celebrations. The main attraction of the festival is the music and orchestra of drums, gongs and flutes, and an ancient traditional flute made of buffalo horn. A village chief, referred to as the Nokma, performs a ritual a day before the start of the festival during which freshly brewed rice-beer, cooked rice, and vegetables are offered to the Misi Salong as thanksgiving for a rich harvest season. The people offer their gratitude in commemoration of the Sun God for blessing them with an affluent yield throughout the year. A fair is also organized in which weaves are sold along with local products and wooden materials.

There is no fixed time as such for this festival although it is generally celebrated in the month of November. The Wangala is also an occasion for the government to spread awareness on health, crime and other issues by organizing plays and music performances. The Meghalaya Government takes great interest to increase the flow of tourist during the months of November and December and Wangala could be a great platform for the same. This festival is a time for relaxation and people of all age groups dressed in colourful attractive costumes with feathered headgears dance to the tune of music played on long oval-shaped drums.