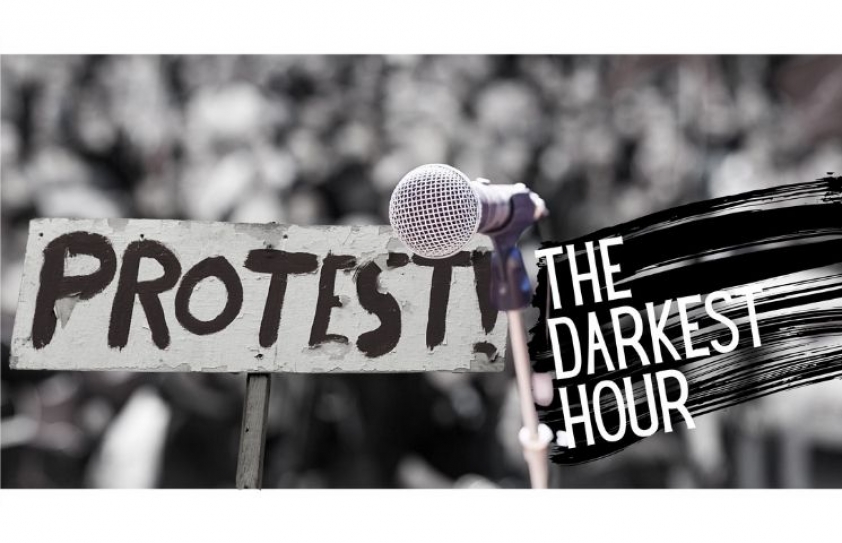 Sign of the times: This is the darkest hour

Humra  Quraishi revisits her conversations with Saira Banu and Khushwant Singh, both of whom had predicted that the times to come, which are here, will be darker than they have been ever before.

Last week as the veteran  film star  Dilip  Kumar was  hospitalized, I  took out  my  notes on  him and  his  wife Saira  Bano.  I had met the couple just once and that too rather briefly in the lobby of a five star hotel in New Delhi. But soon after that, I had interviewed Saira Bano for a national daily. This was in the summer of 1999, in the backdrop of the major controversy erupting over Dilip Kumar receiving the Nishaan-e-Imtiaz award from the Pakistan government. Pressure was mounting on him to return the award, and Saira Bano reacted to it saying, "Tell me, are we living in a democracy or is some sort of dictatorship going on!”

During the course of that interview, when I pointed out to her, that several critics had said Rabindranath Tagore returned the title that the British had bestowed on him, and in keeping with that, Dilip Kumar could also return the award, she’d retorted, “Rabindranath Tagore returned it on his own, on a certain occasion. He wasn’t labelled anti-national, nor was he bullied and threatened. Tell me, do we now go looking for all those trophies, awards and citations that our cricketers received when they had played in Pakistan? Should we ask them to give back all those awards, which they’d received earlier? I’m told that even LK Advani sahib had got some citation from Pakistan… all this talk of returning awards seems petty.”

She sounded hurt and upset by the deterioration taking place all around, “It gets very painful to see what’s been happening! How much are we going to be bullied! In fact, before this crisis, we faced the riots, just after the Babri Masjid demolition. I must say it has left me hurt, very grieved, as though  my dream has been broken, as though  there’s been a crack in the glass. I feel upset. One hopes that communalism and the rise of fascism gets controlled and common sense prevails, so that we can all co-exist in peace.” 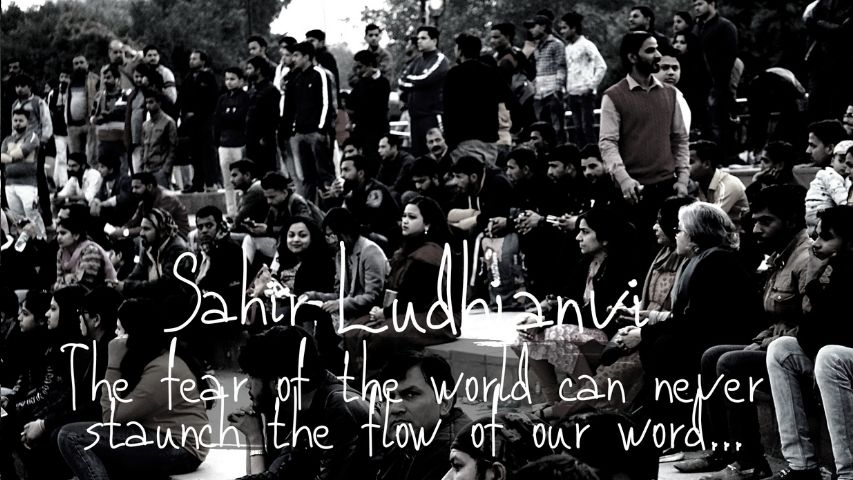 Perhaps, one of the first persons to have sensed that things were not going okay was Khushwant Singh. He would repeatedly say that fascism has spread its fangs, it’s right here, and it has reached us! He would stress on communal strife gripping the country, touching dangerous levels, “No, nobody could have ever imagined that fascist forces would rise and spread in our country, in the way that it has today. Fascism well and truly crossed our threshold and dug its heels in our courtyard. We let the fanatics get away with every step they took without raising our voices or protest. They burnt books they did not like, they beat up journalists who wrote against them, they openly butchered people for believing in a different God. The carnage in Gujarat, the Mahatma’s home state, in early 2002 and the subsequent landslide victory for Narendra Modi spelt disaster for our country. The fascist agenda of Hindu fanatics is unlike anything India has experienced in its modern history.”

Khushwant was realistic and commented, “No, I'm not optimistic but one should fight, one should make every single effort to save the country and openly challenge and take on these men destroying the country. We have to battle with them at any cost. If we love our country we must save it  from the communal forces. And though the liberal class is shrinking, I do hope that the present generation totally rejects the communal and fascist  polices; and realizes that these are tough times for India.”

Another writer, Mulk Raj Anand, would go to the extent of saying, “What’s getting wrong with us Indians! We are becoming third class. At times I sit and wonder, are we the same people who built the Ajanta and Ellora caves!  Today we have become so very destructive and there’s so much violence! What’s going wrong with us!” 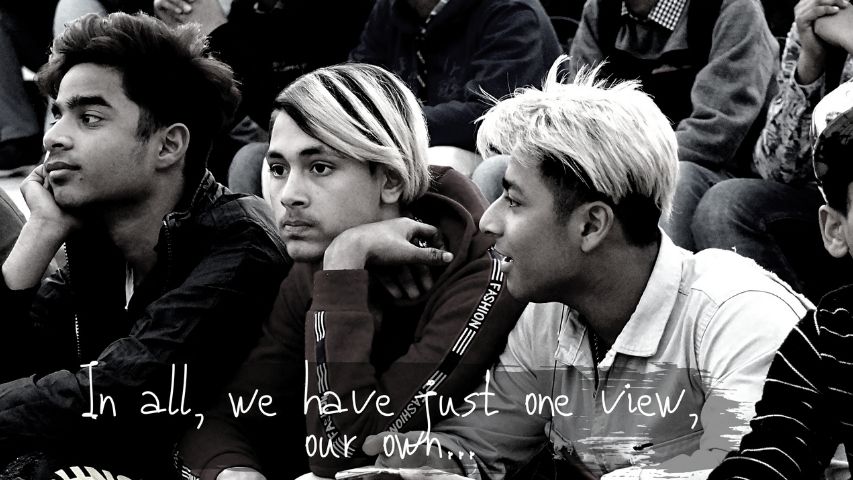 As a matter of fact, with rising violence and destruction, there has emerged another trend. In several incidents of rioting, the victims are paraded as culprits! We saw, heard and experienced the trend when during the North East Delhi rioting, several victims were named as culprits. This list also  carried the name of a saviour doctor of the area, Dr. M A Anwer of the Al-Hind Hospital, who had saved lives of the dying and injured, yet his name was there in the police chargesheet! Recent studies conducted in the area, by activists and academics, show that till date, hounding of the victims hasn’t ceased.

It would be relevant to mention here, that way back in 2006, it’s perhaps for the first time outrage was expressed by several activists when blasts shook Malegaon on September 8, 2006, and not a single name of any of the Right-Wing political outfits was seen as culprit. Instead, names of several Muslims were registered as the suspects and culprits? The real offenders were overlooked despite significant facts standing out. Malegaon blasts happened on September 8, 2006, on the day of Shab-e-Raat, that too near a masjid, killing around 40 people, most of them Muslims. Yet the role of the Hindutva outfits, including that of the Bajrang Dal was not initially probed. It was ignored when reports stated that Bajrang Dal had been training its cadres in gun shooting and also in the making of bombs. Why were the Bajrang Dal members not held responsible for the Malegaon blasts, even when strong indicators stood out? Were the Bajrang Dal members being protected by the likes of L.K. Advani? One cannot ignore this background: When Pastor Graham Staines and his two young sons were killed, the then Home Minister, L.K. Advani, had stated that Bajrang Dal members couldn’t be the killers. He said this, even when there was evidence against them. After investigations were done, it was writ large that the main accused in the killing of Staines and his two sons, was none other than Bajrang Dal’s Dara Singh! 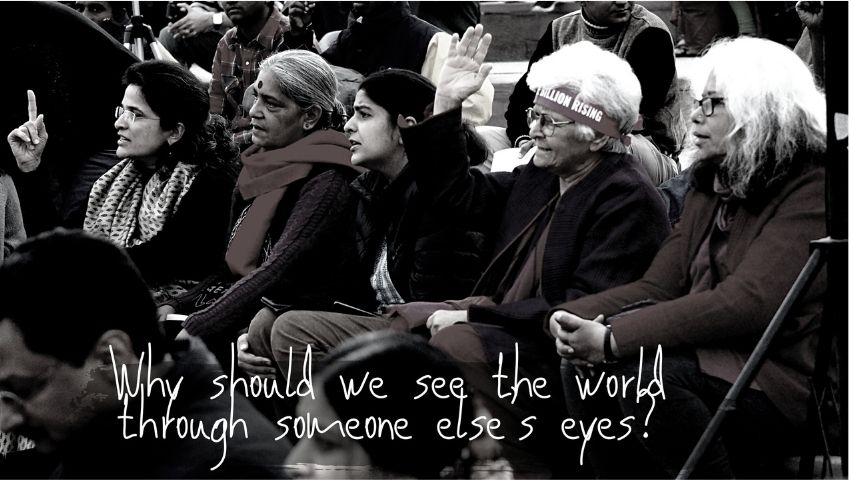 Today, the tragedy compounds as writers and journalists, reporting from the ground, are getting targeted by the State machinery. There has to be an immediate halt to this, otherwise how would any journalist function and report and put out facts. These are definitely the darkest times. One feels suffocated; helplessness is tightening its hold. At least in those earlier years, one could  question without apprehensions about the aftermath.

I leave you with these lines of Sahir Ludhianvi: Here we go, stoking fire through song-laden lips/The fear of the world can never staunch the flow of our word/In all, we have just one view, our own/Why should we see the world through someone else’s eyes/It is true we did not turn the world into a garden/But at least we lessened some thorns from the paths we travelled.