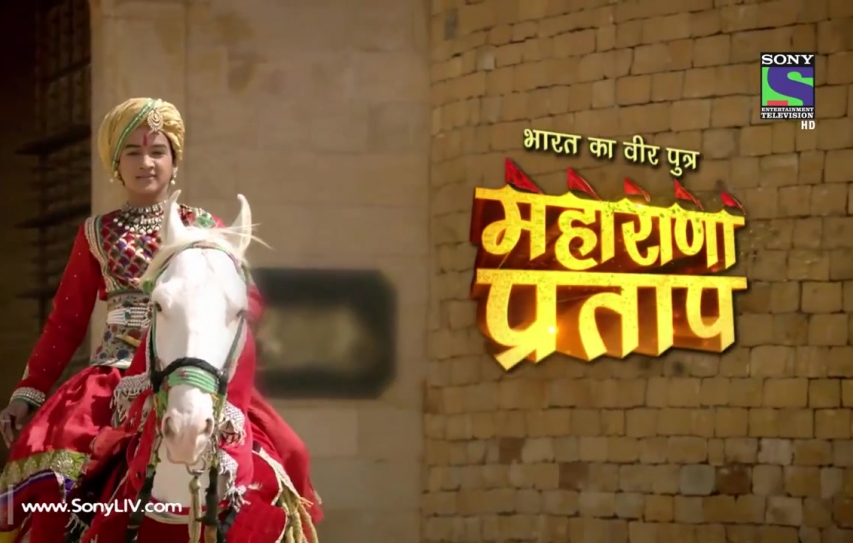 I, a history buff, have been drawn to two current shows on weekdays at Prime Time -- Chakravartin Ashoka Samrat on Colors and Bharat Ka Veer Putra Maharana Pratap on Sony. Coincidentally, the protagonists of both shows ? Pratap and Ashoka ? though princes didn?t get to the throne as their birthright; but earned their distinctions in battle fields and worked their way up; fighting siblings and palace intrigues. Both shows have taken dramatic license with the lives of these two heroes from the annals of our history. Admittedly, I stopped watching Maharana Pratap for a few months, as the plot veered into otherworldly elements, wild imaginings and dreams. Surfing into it occasionally, I find it watchable now, but not engrossing as it was in the earlier episodes. The makers, Contiloe Entertainment have strived hard to make it one of the top five shows on Sony. To do so, they have dressed up the legendary story of Maharana Pratap for mass consumption. A historical digression was from the early narrative having Akbar and Pratap meet first as young princes? incognito. It is believed that the two never even fought on the same battlefield. Contiloe?s other turn with history is Colors? Chakravartin Ashoka Samrat. The serial has mostly been consistent with a plausible narrative. The last few weeks had the viewers wonder about when Bindusara will finally discover that Shubhadrangi, the daasi of his youngest queen is in reality his wife Dharma, who he presumed dead and Ashoka, his bodyguard, is his fourth son. In the just concluded week, Bindusara is reunited with wife and son. Having discovered Mir Khorasan?s treachery, he has him put away. Mir Khorasan was vying the throne for his grandson Syamak, who in reality was sired by Justin who was Queen Noor?s paramour. Chanakya warns Bindusara about yet another perfidy. The other culprit behind attempts on Bindusara?s life is his stepmother Lady Helena, a Greek princess who married Chandragupta Maurya as part of an alliance. She had eyed the throne of Magadh for Justin her son from an earlier marriage. I guess another few weeks and the Mauryan court?s two most dangerous personages will be done away with. The reunion sequences have been dealt with just the right amount of drama and emotion. Coming at the end of a well set action sequence with just enough sword fighting. it is easily among Indian television?s finer scenes. Bindusara?s reaction to Mir Khorassan is controlled anger. Like any royal drama, Chakravartin Ashoka Samrat has been replete with in-fighting, especially among the queens, intrigues, deceit and murders. Likewise, Bharat Ka Veer Putra Maharana Pratap where other than palace intrigues and rivalry among the wives; Rana Udai Singh and Maharana Pratap are protecting the borders from attacks by the Afghans and the Mughals as Mewar was Akbar?s most coveted conquest. Maharana Pratap like Udai Singh advocated the unity of all the kingdoms into a unified Rajputana. The battles to establish Ashoka?s sway over India and expanding the frontiers of the Mauryan empire is forthcoming. Both Maharana Pratap and Ashoka have commendable action scenes. Maharana Pratap reflects the fight style of the era with swords, spears and daggers; twirls and leaps are woven into the movements. Maharana Pratap?s fight sequences are set with the clash of steel in arid and rugged Rajasthan, and in palace corridors. Maharana Pratap?s tale of valour is coloured with their costumes and jewellery. The series reflects a certain ruggedness. The exceptional use of CGI in Ashoka is a plus point. The grandeur of the Golden Age of Indian history is aptly captured. Lending sophistication to India?s early culturally progressive dynasties, Ashoka?s richness and resplendent costumes takes the visual bar much higher. The action sequences are stylishly composed with leaps and somersaults against the backdrop of artistically elegant palaces and lush environs. Why Ashoka scores over Pratap is because the former has a superior script which unravels the twists at an opportune dramatic moment. Ashok Banker has picked telling milestones from the life of Ashoka. Much of this king?s early life hasn?t been in the forefront, the real man behind the edicts, the Ashoka Pillar, the Chakra is being revealed. Chakravartin Ashoka Samrat is truly a recreation of his-story. As both Chakravartin Ashoka Samrat and Bharat Ka Veer Putra Maharana Pratap dazzle the viewers with their narratives of valour and pomp; let the viewers also be warned, that by no means are these shows an authentic recreation of the lives of the two heroes. At best they are inspired by their lives and recreated with a purpose to infotain. Undoubtedly such shows are likely to create an interest such that the odd viewer will read up on these men of valour who were among the first unifiers and defenders of the country.