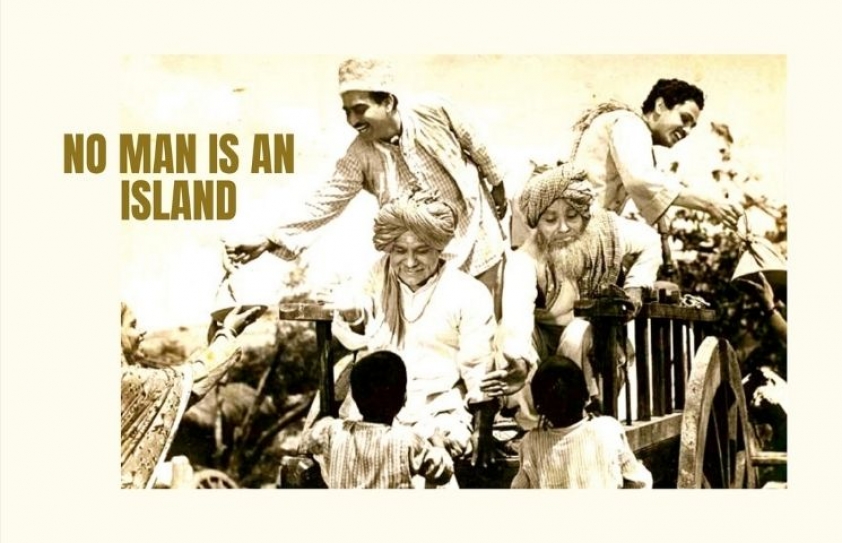 Rinki Roy Bhattacharya writes that the relentless media coverage about the pandemic we are all stuck in was guaranteed to turn the toughest into a couch potato, an escapist.

I too have succumbed.

Surfing through the daily cocktail mix of the Sushant Singh Rajput case, the Rajasthan cabinet debacle followed by Congress CWC saga, I quickly settle for Netflix – to lunch with an eccentric English country GP Doc Martin and have afternoon tea with KIMs, the neighborhood shop owned by a crazy Korean family; and as dinner time treat I have a rich selection of Hollywood/Bollywood classics.

Both the Netflix serials incidentally, discuss neighborhood welfare. Despite these attractive distractions what nags me continuously is the question of current neighborhood norms. I am forced to redefine who is a neighbor, particularly in times of challenging emergencies.

I suddenly recall that neighbors and neighborhood culture have frequently featured in Indian cinema. After all, Indian culture venerates guests that include neighbors. A sentiment expressed in the saying atithi devo bhava - the Guest is God. And truly, not too long back, guests were considered extended family. What then comes to mind at once is that evergreen comedy Padosan with the wild bunch of comedians Kishore Kumar, Sunil Dutt and Mehmood.

A delightful Hindi remake of the comedy star Sabitri Chatterjee’s super hit Bangla film, Pasher Bari (1950). Both films are girl meets boy next-door romances. I have not seen Pasher Bari again but I do remember it fondly. Padosan, the perennial charmer has endured. Not all neighborhood sagas end happily ever after. V. Shantaram’s bi-lingual Padosi (1941) and Shejari are iconic examples of what constructs ideal neighborliness.

Filmmaker Shantaram, ostensibly set out to portray the saga of selfless friendship between a Muslim and his Hindu neighbor. The film’s intention was to project harmony; it idealized amity through friendship in a society where communal disturbance frequently rears its ugly head. The Shantaram film stands out for its honest portrayals. To drive his point home, Shantaram cast Gajanand Jagirdar, a noted Hindu actor, to play the character of the Muslim and Mazhar Khan, to play the Hindu. A publicity stunt to be sure but till date the films retain their archival stature. 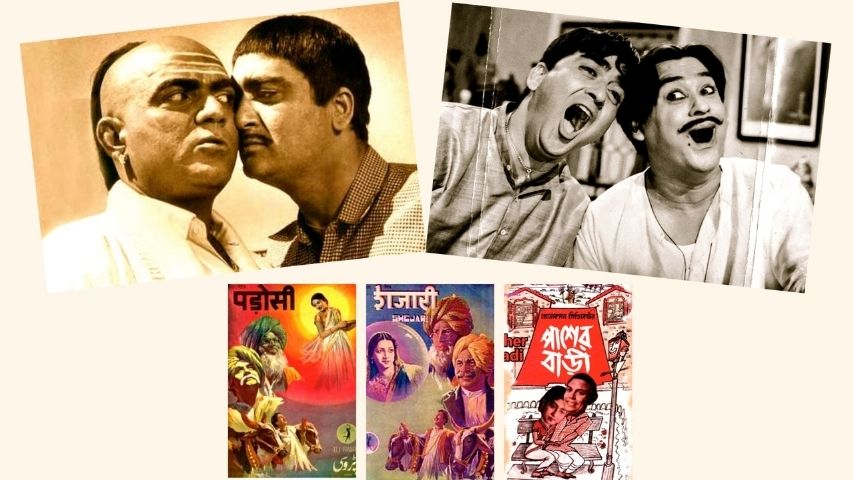 Sarat Chandra Chatterjee’s Parineeta, once again is a story about neighbors. How trust and friendship sour when money or politics enter the scene. In Shantaram’s film the good friends part when the Hindu man who is the village Sarpanch, is accused by his Muslim neighbor of being prejudiced against the latter’s son.

In Parineeta, Gurucharan and his wealthy landlord neighbor come to blows on the issue of unpaid debt.

The landlord humiliates Gurucharan over money. Unknown to everyone the children of the two, Shekhar and Lalita, have fallen in love.  Their romance thrives secretly. Parineeta turns on its head because of the love angle. In Sarat babu’s most celebrated 50-page novella Devdas, he created lovers who lived across the threshold.

Devdas and Parvati’s love was doomed from the start. The final nail on the coffin was Devdas’s indecisive nature. We can argue that in Sarat babu’s time there was no question of social distancing. On the contrary, social interaction, searching for love/romance within close quarters was a more viable option! It is well known that neighbors impact strongly in a rural society particularly in small towns. The opinion of neighbors, of the all-powerful Panchayat, is of paramount importance that can make or break a family.

This brings me back again to the uneasy question - the role of neighbors, particularly in these challenging times.

Is the familiar Biblical command ‘love thy neighbor’ relevant or a gross overstatement? The idealist in me hopes it works. I also hope the current situation would improve un-neighborly sentiments. I wonder again who are neighbors?  Those who live next door?  Guys we avoid at the landing or borrow sugar from? Today, when we have no choice but to live with our neighbors, has that equation altered? 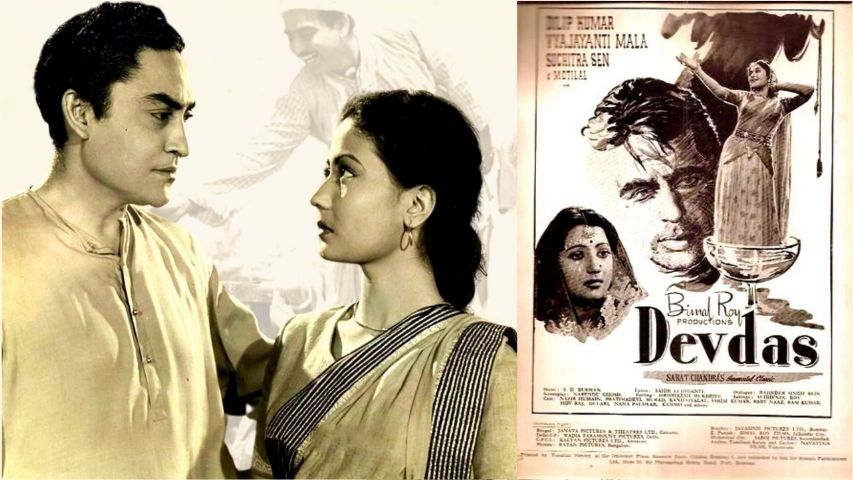 In the urban setting social distancing is not a new phenomenon. It is a way of life where the Babu culture and class considerations segregate one stratum from the other. We did not require a pandemic to reassert it. Agreed we should practice physical distancing as a safety measure. But to become a little island, I find that unacceptable.  In the caustic words of poet Robert Frost: “Good fences make good neighbors.” That seems to sum up the new normal - whatever that means.

The lockout I believe has opened newer channels of communication - of rediscovering neighbors. Our neighbors are the first point of contact in crises or during any unforeseen calamity; this lockdown is a brilliant opportunity to rediscover our own selves or find hidden talents within.

Here is a silver lining - the Dalai Lama believes human relationships are founded on sharing food… the wise tradition of breaking bread, tasting salt.  I agree entirely with the Dalai Lama. My cousin cannot cook to save her life; her food comes from next door. Good friends Kerman and Mandira survive on tiffin their kind neighbors send. “It is like a nonstop picnic” they chuckle. And my young Bengali neighbor, Sikha surprises me with tuck from her kitchen! Food for thought indeed! I was delighted to read the opening lines of metaphysical English poet John Donne whose words affirm my vision of humanity:

“No man is an island

Every man is a part of the continent

A part of the main”

The Pros and Cons of Online Exams

Goodbye FarmVille! It was fun harvesting.

"HAHAHA! KEEP CRYING ! SHALL WE SEND YOU BURNOL?