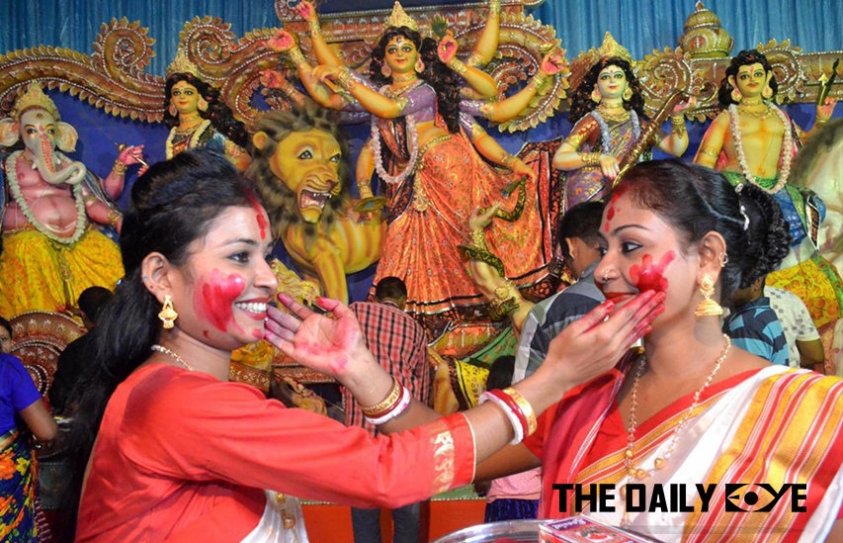 “Right from the puja mela (fair) to being respectful before the goddess, you see Muslims participating in droves,” says Niharul Islam, a local historian. “Nobody bats an eyelid because religious divisions are disregarded, other than by a section of the clergy who think participating in Durga Puja is haram.” Bengal’s long history of multiculturalism, tolerance and the economic interdependence between the communities are important factors.

Even During Muharram, the participants in the religious procession which starts about a few yards away from the Puja pandal are offered meals by the organizers before they set off. Muslims comprise more than 27% of Bengal’s population, though only three of the state’s 23 districts have Muslim majorities.

“There is a club just beside ours where all the members are Muslims and take out processions on Muharram every year. Like always, this year also we will take part in Durga Puja and Muharram together,” says Mr. Roy. 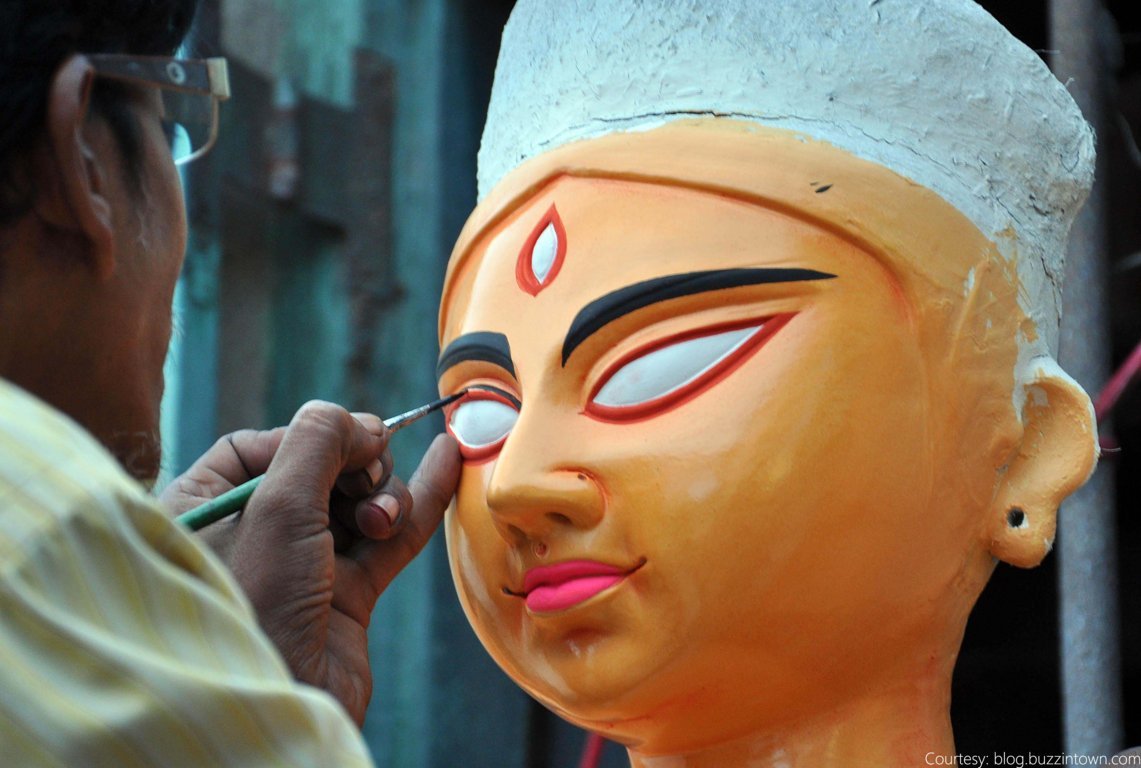 Niharul Islam asserts that in Murshidabad district’s Lalgola region, Muslims organize a Durga Puja. The puja in his neighbourhood, like the Olaichanditala Durga Puja in Kolkata’s Muslim-dominated Belgachia area, is a Muslim-supported affair, where the community contributes the bulk of funds through donation. A small puja’s budget, like that of the Five Star Club, is around Rs1.5 lakh.

For instance, Muslim artist Sheikh Hashibul continues his association with Durga Puja and is designing the pandal, in the Uluberia region in the Howrah district, themed on the travails of ordinary citizens following the Central government’s demonetization drive last year.

Adding on to it, the Park Circus Beniapukur United Durga Puja had three Muslim founder-members in the organizing committee when it was established 66 years ago. There are none now. Sitting in the puja committee office, the 77-year-old general secretary, Raghu Dasgupta, says local Muslims were earlier more forthcoming about the puja but he feels that growing communal politics and hard-line religiosity are to be blamed.

Artists are also coming together to oppose divisive politics and religiosity. Artist duo Soumik and Piyali are designing the Kalighat Milan Sangha puja, a short drive from the Chetla Agrani Club puja, helmed by a Muslim minister in the state government. “We are living in a world where religious fanatics drive trucks into crowds, children are forced to brandish weapons in a religious procession and a Nobel Laureate’s voice on film is beeped out whenever he mentions beef,” says Soumik.

In the meantime, the land of Rabindranath Tagore and Nazrul Islam is heading for a further face-off between the politics of competitive communalism. This puja may be the beginning of long lost peace.