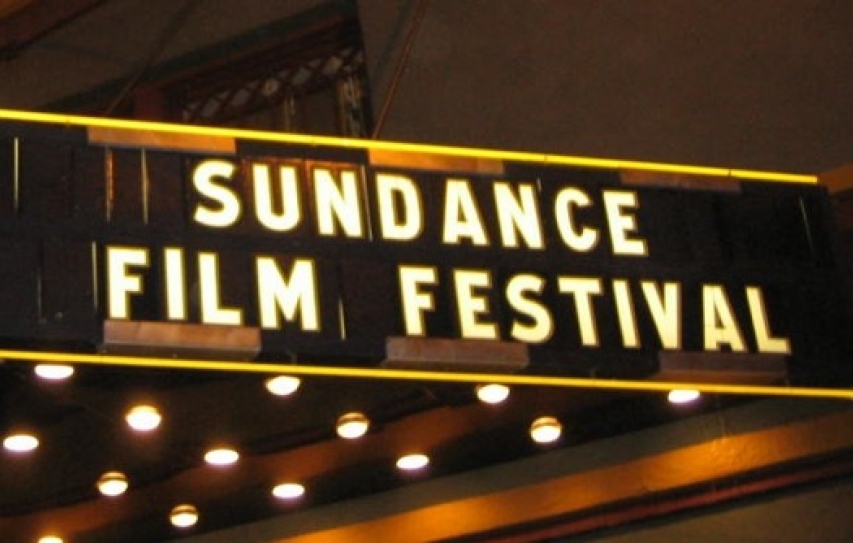 The Lab is a five-day writer’s workshop that gives independent screenwriters the opportunity to work intensively on their feature film scripts in an environment that encourages innovation and creative risk-taking. The Lab is centered around one-on-one story sessions with the creative advisors. Screenwriting fellows engage in an artistically rigorous process that offers lessons in craft, a fresh perspective on their work and a platform to fully realize their material.

Leading the Lab in India is Srinivasan Narayanan, former director of the Mumbai Film Festival. He said,“Our aim and aspiration is that the seven selected Indian projects, after passing through the intensive one-on-one mentoring by renowned Creative Advisors from India and abroad, will move to the production stage quickly and make their mark globally. The awards and acclaim these projects achieve and the interest and distribution channels they open up for more Indian films will be the fittest tribute for this initiative, driven by passion and pure love for cinema of the team led by Drishyam founder Mr. Manish Mundra.”

Paul Federbush, International Director of the Sundance Institute Feature Film Program, said, “We are thrilled to be collaborating with Manish, Narayan and the Drishyam team, who have a proven interest in supporting an exciting new generation of independent cinema. This partnership allows Sundance Institute to continue developing creative voices and inspired stories in India. We’re also thankful for the opportunity to have such acclaimed Indian and international creative advisors working with us to support these seven promising projects.”

The Institute’s support of Prashant Nair’s Umrika, winner of the Audience Award: World Cinema Dramatic at the 2015 Sundance Film Festival, is an example of the sustained commitment to emerging filmmakers in India. The Institute has enthusiastically supported a new generation of independent cinema in India at all stages of production through its Screenwriters Labs in India and Utah, the Sundance Institute Global Filmmaking Award, as well as targeted post-production grants. Recently completed filmssupported by the Institute include: RiteshBatra’s The Lunchbox, winner of the Grand Rail d’Or at its premiere at Cannes, Shonali Bose’s Margarita With A Straw, winner of the NETPAC award at the 2014 Toronto Film Festival and Masaan by writer-director Neeraj Ghaywan.Between the Utah-based and international Labs, the Institute has supported international artists from over 60 countries, including Guillermo del Toro, Walter Salles, Alfonso Cuaron, Lynn Ramsay, RiteshBatra, Andrea ArnoldandHaifaa Al Mansour.

The projects and fellows selected for the 2015 Drishyam | Sundance Institute Screenwriters Lab are:

From the Lakshadweep Islands of the Arabian Sea, a young boy sets off on an adventure to the mainland in order to find his older brother.

Geetu Mohandas’ debut feature Liar’s Dice, premiered in competition at the 2014 Sundance Film Festival. Liar’s Dice has currently played 35 film festivals and won 5 international awards for best film and 2 National Awards, the highest honor in India. It was also the official Indian entry for the 2015 Oscars. Mohandas, along with filmmaker Rajeev Ravi, formed  the production company Unplugged in 2009, which produced her short film, Kelkkunnundo? The film premiered at Rotterdam International film festival and won 3 International awards for Best International Short Film and the National Award for the Best actor in India.

Amidst the economic downturn, a young illustrator struggles to balance supporting his struggling family with his dream of becoming a professional cartoonist.

Raj Rishi More started his film career as an assistant director on RiteshBatra’s Sundance Institute-supported The Lunchbox(winner of Grand Golden Rail, Cannes Film Festival 2013, nominated for BAFTA 2015). He worked as First Assistant Director to RiteshBatra on his short Masterchef, a commission by the Bill and Melinda Gates Foundation that premiered at the 2014 Sundance Film Festival. Currently Raj is working with RiteshBatra on the feature film Khoya, while developingPirates, his first feature as director.

When eighteen year old Dhruv returns home from boarding school, eager to reunite with his family and friends, he instead finds that his father has disappeared after a bankruptcy scandal. While his mother attempts to protect him from discovering his family’s hardships, Dhruv decides to find his father himself.

Atanu Mukherjee is an alumnus of Satyajit Ray Film and Television Institute Kolkata. He has worked as Editor on four feature films: Achal (The Stagnant), Blemished Light, Shortcut Safari and Monsoon Shootout, the last of which premiered at Cannes in 2013. He has directed the documentary My House Is Not So Far, and has also written, directed and edited short films Ekanko (The Monologue), The Gatekeeper and Stray Dogs, which won Best Short Film at the 2014  Cinema City Film Festival in Serbiaand was a part of the 2014International Documentary And Short Film Festival in Kerala. Most recently, he participated in the 2015 Berlinale Talents Program.

A young Tibetan woman living in exile in New Delhi unexpectedly sees the man she holds responsible for her father’s murder on a high Himalayan pass. Long-suppressed memories of her traumatic escape from Tibet are reignited and she is propelled on an obsessive search for reconciliation and closure.

RituSarin and TenzingSonam have been making films on Tibetan subjects for more than 20 years. Through their work they have attempted to document, question and reflect on the issues of exile and cultural identity that confront the Tibetan diaspora. Working through their film company, White Crane Films, they have produced and directed several documentaries, including: The Reincarnation of Khensur Rinpoche (1991); The Trials of Telo Rinpoche (1993); A Stranger in My Native Land(1997); and The Shadow Circus: The CIA in Tibet (1998). In 2005, they completed a dramatic feature film, Dreaming Lhasa.The Sun Behind the Clouds: Tibet’s Struggle for Freedom. Ritu and Tenzing are married and have two children.

When a widow receives a “compassionate assignment” and assumes her husband’s former role as a police investigator, she confronts a brutal case of gang rape of a young woman.

After graduating with a first class honors degree in Mathematics and German, Sandhya Suri received a scholarship to study documentary at The National Film and Television School. Her graduation film “SAFAR” was shown at a number of international film festivals, receiving the Jury’s special mention at Cinema du Reel and the award for Best Short Film at the British Film Institute’s Imagine Asia festival. Currently based in London, she has lived in Germany, India and Japan and worked on documentary projects in Africa, South America and Polynesia. In 2005 she directed I for India, her first feature length documentary, which played at the 2006 Sundance Film Festival and won Best Documentary at the Asian Festival of First Films.

In southwest China, animal trader Jin, struggling to support his family, works in the potentially lucrative but illegal private market of young male tigers. In central India, former poacher Raghav now works at a small reserve where he protects the wildlife. Their two stories converge with the appearance of a new pair of tigers on the reserve.

A mechanical engineer turned filmmaker, AnayTarnekar has worn several hats as a writer, director, producer, editor and director of photography. In 2002 he moved to the US to pursue a Masters degree in Cinema from San Francisco State University. After graduating, he co-produced and edited a documentary called Cachao: Uno Mas that premiered on the multiple Emmy-winning PBS series, American Masters. He is currently producing the TV interview series Hollywood Masters, which examines the careers of filmmakers including Alfonso Cuaron, David O. Russell, Michael Mann, Sean Penn and Clint Eastwood. Anay is also an amateur painter and wildlife photographer.

When a young girl’s father goes missing while on a documentary film shoot in a tribal village, she and her mother go to the jungle to find him, relying on clues from the Raakshas fairytale in order to find him.

DnyaneshZoting assisted Satish Manvaron the Marathi film The Damned Rain. He is presently assisting film director Satish Manvar as co-writer for the Hubert Bals funded film project What’s Your Religion? Zoting holds a degree in video-production from the University Of Pune.

Sundance Institute
Founded in 1981 by Robert Redford, Sundance Institute is a nonprofit organization that provides and preserves the space for artists in film, theatre, and new media to create and thrive. The Institute’s signature Labs, granting, and mentorship programs, dedicated to developing new work, take place throughout the year in the U.S. and internationally. The Sundance Film Festival and other public programs connect audiences to artists in igniting new ideas, discovering original voices, and building a community dedicated to independent storytelling. Sundance Institute has supported such projects as Beasts of the Southern Wild, Fruitvale Station, Sin Nombre, The Invisible War, The Square, Dirty Wars, Spring Awakening, A Gentleman’s Guide to Love and Murder and Fun Home. Join Sundance Institute on Facebook, Instagram, Twitter andYouTube.

Drishyam Films, founded and promoted by Manish Mundra, is a company actively working towards building a platform for new and unique voices of Indian independent cinema. The company is focused on creating global content with rich Indian flavours. The journey started with the film AnkhonDekhi directed by Rajat Kapoor. The film was one of the best-reviewed films in India in 2014 and was critically acclaimed for its simplicity, philosophy, ensemble cast and acting. The success ofAnkhonDekhi was followed by Umrika directed by Prashant Nair, which premiered at Sundance Film Festival 2015 and went on to win the Audience Award in the World Dramatic Competition section. Soon after, Dhanak, directed by NageshKukunoor premiered in the Generation Kplus at Berlinale 2015 and won the Grand Jury prize, as well as, a Special Mention from the Children’s Jury. The upcoming projects include the Indo-French coproduction Masaan directed by NeerajGhaywan, Waiting directed by Anu Menon and X-the film, an experimental collaborative feature directed by eleven Indian filmmakers.