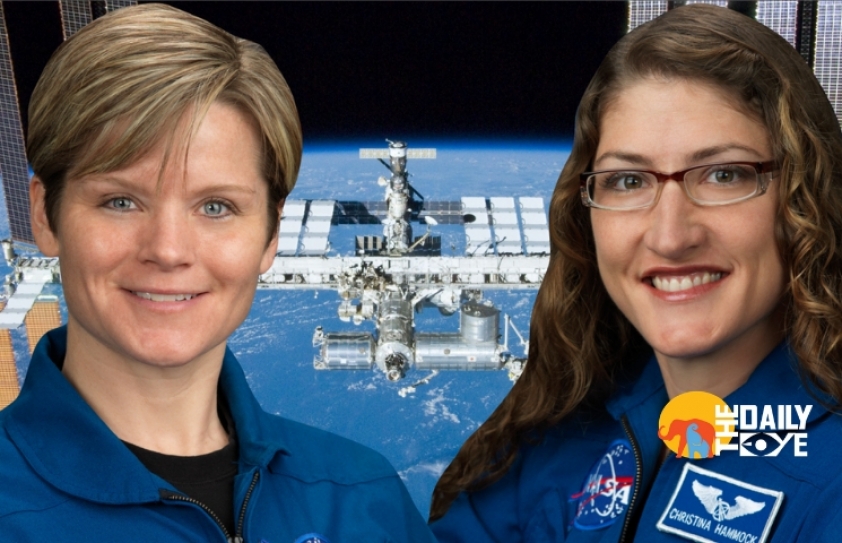 NASA cancelled plans for its first all-female spacewalk on the 29th March as the agency didn’t have enough spacesuits that fit the astronauts. It seems that there weren’t enough suits configured on the International Space Station for both astronauts Christina Koch and Anne McClain to go out at the same time, so male astronaut Nick Hague replaced Lt Col McClain.

In the past, missions have been all-male or male-female. For the first time NASA missed a milestone. The issue took up to gender discrimination and jokes on social media but the NASA stressed the matter was only about safety. McClain took her first spacewalk on March 22 and discovered that the large suit torso size she used didn’t fit her in space. Astronaut bodies stretch in space due to a lack of gravity, and working in microgravity is different than working even in a pool, so last-minute adjustments sometimes are needed to suit size.

McClain disclosed her suit size issue to NASA and the agency made an operational decision to split the female spacewalking assignments into two extra-vehicular activities instead of one since only one medium-size torso is available for use - a size that both McClain and Koch would need to use simultaneously. “Anne trained in ‘M’ and ‘L’ and thought she could use a large but decided after [last] Friday’s spacewalk a medium fits better,” a NASA spokeswoman, Stephanie Schierholz, said. “In this case, it’s easier (and faster!) to change space-walkers than reconfigure the spacesuit.”

Meanwhile, Jessica Mounts - a biologist who works as an executive director of the Kansas Alliance for Wetlands and Streams – noted NASA’s missed milestone with disappointment. “Representation matters everywhere,” she told the BBC. “The first female spacewalk was both historically significant and inspiring to young girls, like my 10-year-old niece, who dreams of eventually going to space. If we can’t provide women the equipment they need to do their jobs as astronauts, scientists or first responders, how can we expect to make progress towards equal representation?” she questioned. 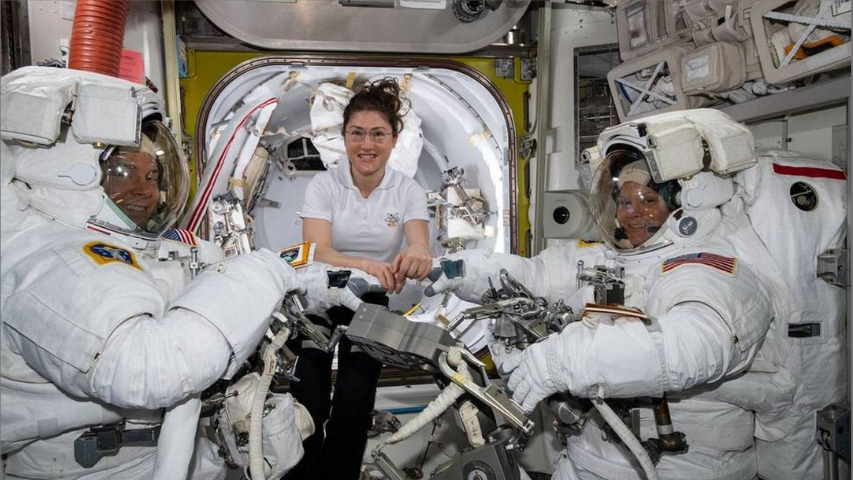 “How can women represent a full range of career choices to the next generation of young girls, when we’re held back by something as simple as equipment and clothing that fits?”

“We don’t collect data on women and therefore we don’t design things for women,” she told the BBC’s Jeremy Vine show on Wednesday.

“We think of male bodies and typical male life patterns as the default for humans overall, and so women are disadvantaged as a result. Spacesuits are the tip of the iceberg. When you look at personal protective equipment - stab vests, safety goggles, safety boots, all those kinds of clothes and tools that people are supposed to use to protect themselves at work, a lot of the time they don’t fit women.”

More than 500 people have been into space, but only 11% have been women. But Koch and McClain were both part of NASA’s 2013 class, which was 50% female – an article in The Guardian read.

Jessica further stressed that things are changing but the movement is slow. As more women enter the field, things have improved marginally. “Waders made in women’s sizes are now available and there are some designs of personal flotation devices made to accommodate breasts. That said, we have a long way to go. Historically, science and similar fields have been dominated by men and the systemic culture of our society continues to support that narrative” she said.

“When only men are allowed to work, the only equipment available is made for them. When women want to work, the equipment isn’t there and is a tangible symbol of the greater issue of systemic sexism in a society designed, in general, by and for men.”