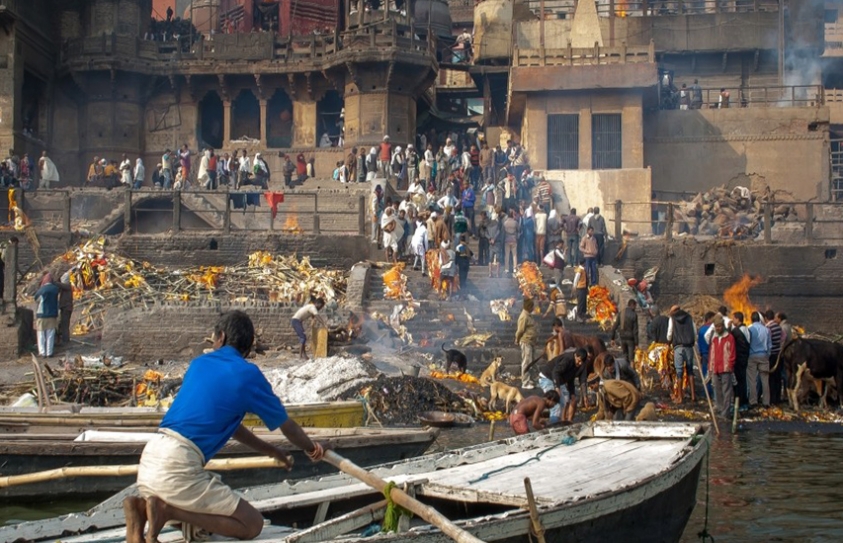 Born A Cremator: An Indian Boys Fight For An Education

The night Yogi Choudhury's father died, the teenager was asleep in his boarding school. His older brother had travelled some three hours along a dirt track to find the school. He asked the warden to wake Yogi up so he could break the news. Four years later, in December 2015, Yogi recalls the dread he felt upon being woken. "Right then I knew something was wrong," Yogi says in Blue Lassi, a cafe in Varanasi in the northern Indian state of Uttar Pradesh. The cafe overlooks a lane leading to Manikarnika Ghat, a well known cremation ground for Hindus on the banks of the Ganges, the river that borders Varanasi in a sweeping arc. It was at Manikarnika where Yogi's father, a Dom, burned human corpses for a living. He died of alcoholism at 52. "In our community, everyone either dies of drinking or disease," Yogi says. "The men drink, or smoke ganja [marijuana], to cope with the smell of melting flesh." Yogi has raven-black hair slicked back and to the side, a sturdy build and is of average height. A meticulously trimmed moustache runs across his upper lip. He believes he is either 21 or 22.