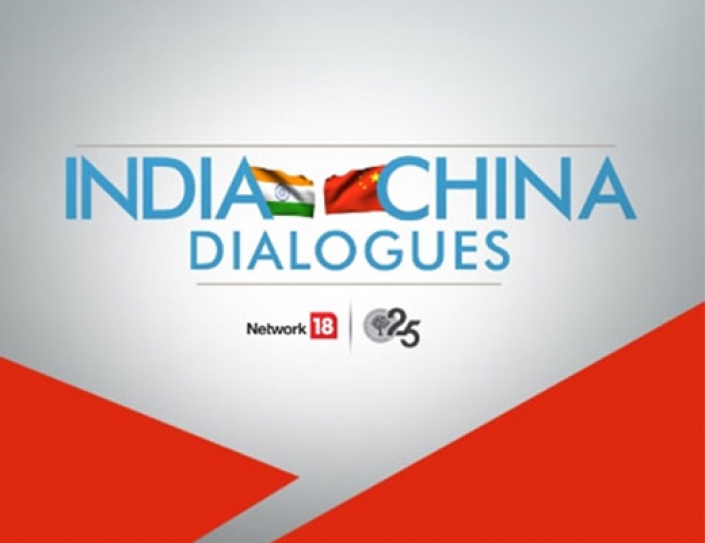 New Delhi, 15th May 2015: In the lead up to PM Modi’s visit to China, Network 18 hosted ‘The India – China Dialogues’,an initiative that successfully mirrored the emerging dynamism in bilateral policy making and reflected on the areas of mutual cooperation between India and China. The event was attended by the top policymakers from both India and China, who discussedand shared challenges and common goals in an effort to chart a blueprint for an ambitious and constructive India–China partnership.

The Indo-China Dialogues hosted detailed discussions where some of the most respected names in their areas of expertise put forth their views on significant topics such asTrade and Investment, Technology Cooperation, the business prospects with Make in India, People to People Relations providing the audience withinformed, in‐depth analysis of what PM Modi’s visit means for the potential of our bilateral ties.

Amitabh Kant, Secretary, Department of Industrial Policy & Promotion and Jairam Ramesh, Former Minister of Rural Development made an important contribution to the dialogue by means of audio-visual messages.

Some of the key highlights from the conclave;

Speaking at the dialogues, Radhakrishnan Nair, Managing Editor, CNN-IBN said, “Success happens when preparation and opportunities meet. In China, we say that there is preparation and execution. In India, we find that execution is where we lack. In terms of trade and economy, India should learn from the Chinese, and the question for China is, should China invest in India. Challenges are there but opportunities are immense if India and China come together.”

Ram Madhav, General Secretary, Bharatiya Janata Party said, “President Xi Jinping and Prime Minister Modi are making serious efforts to take our bilateral relations to newer levels. With two strong governments and two strong leaders, we should now engage with each other in registering what I call gradual progress on all outstanding issues. We also need to create more freedom and relaxation in visa regimes. As our PM highlighted during the visit of President Xi Jinping to India, we also have to register some progress on issues like our border.We have to ensure that peace is restored on the border.”

Amitabh Kant, Secretary, DIPP, Government of India said, “India and China are the two most dynamic economies of the world. What we are witnessing today is the revival of these Asian economies at the centre stage of the global economy. China & Indian economies are not competitive in nature but complimentary to each other. China has been the factory of the world, India has been the back office of the world and it is important that both of us work together. The strategy for China should be ‘Invested by China but Made in India’.

Jairam Ramesh, Former Minister of Rural Development touched upon areas of investment, water resource planning, green economy and people to people collaboration. He said, “Green economy is an area of strategic leadership for both China and India. This is an area in which both countries can work together and learn from each other. Similarly, water resource planning between the two countries is crucial. People-to-people collaboration between the two countries has tremendous possibilities. Clearly India and China must work together. We have our differences which are being discussed and hopefully they will get sorted out.”

The India-China Dialogues served as a critical platform to discuss key issues pertaining to Asia’s two leading economies and the way forward for both. The top think tank panel comprising dignitaries from both countries gave a fresh perspective to India-China relations and the scope of working together. With Prime Minister Narendra Modi’s maiden journey to Beijing, this year will see the recalibration and cementing of bilateral ties between India and China.

The full day dialogues was hosted on 12th May, 2015 at Park Hyatt, Beijing and broadcast across the leading Network 18 channels including CNN-IBN and IBN7.