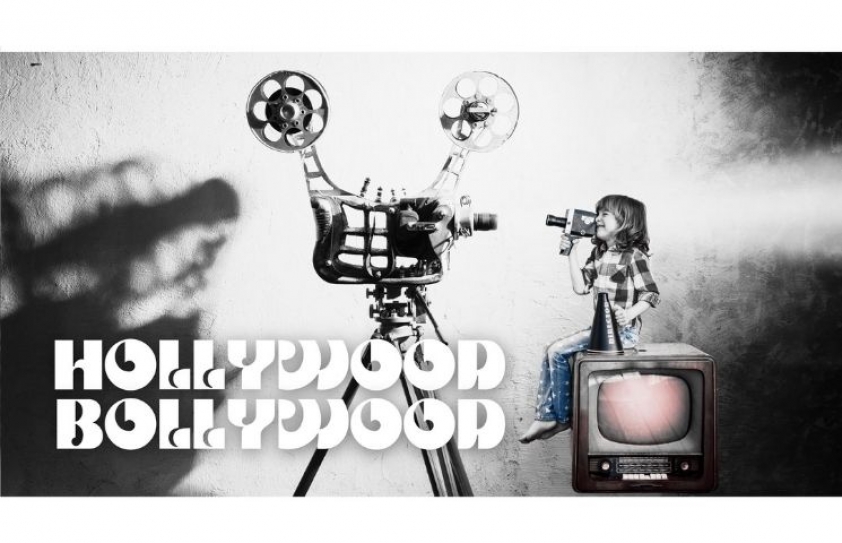 Monojit Lahiri does a hard close-up at the changing attitudes of Hollywood stars toward Indie films and proposes that Bollywood stars, too, should find the courage to do the same.

Mention Hollywood and riveting responses and reactions leap out of the Bollywood space. On the one hand, Bollywood does present the most powerful, and successful, cultural resistance to the mighty, rampaging Hollywood juggernaut by being perhaps the only film-producing nation in the world that has not sold out to their glitzy, dazzling, glamorous products they hawk. On the other hand, ironically, it continues to consistently, and shamelessly, lift/plagiarise/copy their stuff while passing it off as its own. Also, there is one lot that always [pretends to?] haughtily dismiss their Oscars as “no big deal”, insisting that it is after all an American-driven event impervious to really cool, quality global cinema, but, if and when they figure remotely in the Oscar space, their volte face would startle the greatest actor or gymnast!

Fact is, love it or hate it, you just can’t ignore Hollywood and despite Bollywood’s presence there, from Sabu to Irfaan Khan, they, frankly, don’t really feature on the radar. Sure, since today’s world is a global village, there’s much more interaction between these two industries. There is, alongside, much more familiarity too, even bonding and respect between some personalities. But when it comes to the crunch, to the Westerner, it is usually Bollywood who? Oh, that song-dance carnival stuff?? Conversely, we are along with jhadoing, always picking up only the worst, superficially glamorous stuff from there, when they have so many path-breaking and positive aspects to emulate, follow, pursue.

Take Indie films.  Indie, Independent, films [to the evolved & informed] instantly evokes images of noble concepts like vision, sacrifice, artistic self-expression, uncompromising integrity, audacity, passion etc., right? Struggling, tortured auteurs slaving it out on a shoe-string budget, paying peanuts to the artistes while inviting them to participate, not in a film but a life-transforming experience, right? Analysts and critics offer interesting demarcations between mainstream and Indie. They compare Hollywood to the Mafia and Indies to the Russian mob. In Hollywood, you are imprisoned in a gilded cage; in the Indie space, it is whole, dark and dirty as hell. 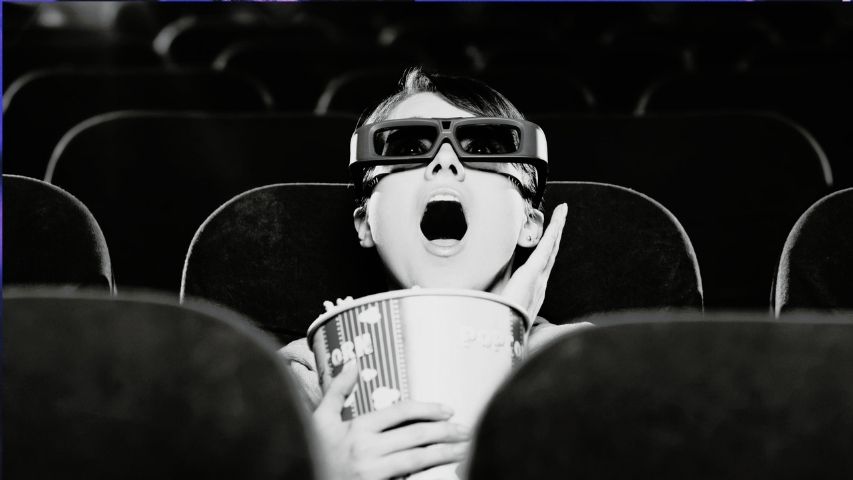 The legendary filmmaker Sydney Pollack brilliantly delineates the difference:  “Indies really meant anything that offered an alternative to the standard recipe followed by the mainstream studio fare. If Hollywood made movies, Indies made films. If Hollywood sold fantasies and escapist fare, Indies thrived on realism & engagement. If Hollywood avoided controversial themes, Indies embraced them, full-on. If Hollywood insisted on stars, Indies went for non-actors, even unknowns. If Hollywood were cautious about genres and pushed assembly-line products, Indies fearlessly expressed personal vision and sequel-proof cinema. If Hollywood made films through committees, Indies lensed them through individual sensibilities, going the auteur way, all the way. Hollywood leaned towards mega-bucks budget, Indies focussed on shoe-string stuff. If Hollywood insisted on stars, Indies went for non-actors, even unknowns. While Hollywood crazed for mammon, Indies prayed at the altar of the muse.  While Hollywood favoured spectacle, action and special effects, Indies preferred to work on an intimate scale, rooting for script, emphasising character-play and mise en scene. If Hollywood pandered to popular taste, Indies worked without a set audience in mind, convinced it will find its own audience. If Hollywood films were embedded in an economic system that cushioned risk, Indies worked with adventurous creative freedom, without any safety net. In short, Indies film exist in the space between the shots of Hollywood movies, concern themselves mostly with areas Hollywood ignored, neglected, overlooked, avoided and stayed away from - narratives that dared to walk on the wild side, wooing political-incorrectness in a startling manner, flirting with racism, sexism, homophobia, giving the cinematic experience an edgy and dangerous charge! Dark, downbeat, irreverent cinema that consciously excited and challenged artists, stars and audiences who desired to, at least temporarily, relocate from the perfumed lavender world of make-believe and happy endings to the world of the unglamorous, marginalised and real world of the disenfranchised!’’

Hollywood stars may be the most desired and fantasised creatures on planet earth, forever doling out impossibly seductive images for public consumption, but many of them today have woken up, tasted the coffee and are in the mood for a solid reality-check! That is the precise reason why several A-listers, in recent times, have embraced this unglamorous genre with passion and purpose, mostly with outstanding results for both the category and the star! Be it the guerrilla style of filmmaking, small, intimate, soul-strip, slice-of-life drama or just amazing bandwidth to leverage their acting chops, these stars are sure bullish about this Indie space. 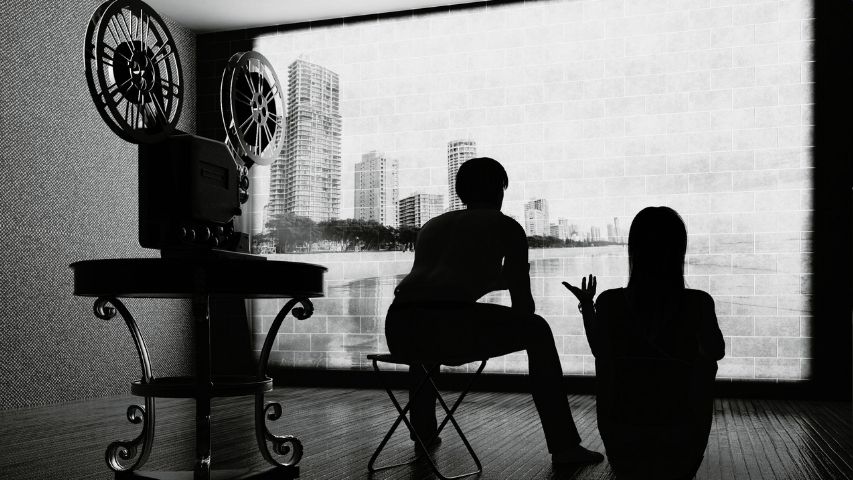 Take Jenifer Aniston. The super celeb of Friends, Brad Pitt and super acting in Hollywood hit-list fame, takes the Cake [pun intended as it’s the name of her new Indie film Cake] where she plays a de-glam L.A-based woman who has recently separated from her husband. Then there’s the gorgeous Julianne Moore whose ‘Still Alice’ won her an Oscar! Moore is clear about her moving into this genre when she says, “Working in the Indie space has helped my career‘s longevity. All of my successes have sprung from there.”

Apart from Moore, A-listers Alec Baldwin and Twilight star Kristen Stewart also weigh into this movie. In fact, so serious is Stewart about this kind of film that she has lined up a clutch of films embracing this genre. They include Crazy Love, Wendy & Lucy, Clouds of Sils Maria amongst others: “I find myself obsessed with consciously ignoring ideas that relate to creating products.  Today, I choose every single project totally based on the desire to experience making the story happen.”

Naomi Watts and Ben Stiller, playing a troubled couple in ‘While we’re young’, join this fabulously focussed gang of like-minded souls. Stiller, especially, is delighted to break his Funny-man image. Others coming to the party include Kristen Wig [Welcome to Me], Christian Bale, Natalie Portman and Cate Blanchett (Knight of Cups]. Bale sums it up succinctly: “I prefer being a part of shorter movies… it kinda feels like exciting guerrilla filmmaking! Also, there’s a sense of liberation and freedom because you don’t have hundreds of crew members all staring with high expectations. I love the impulsiveness and spontaneity and the very special creative process that is invested in this form of cinema.” Adds another actress, brilliantly concluding this piece “In mainstream they wanna see your legs and body. In Indie they wanna examine your soul …”

Got the message, Bollywood A-listers?! Stop hysterically chasing big-budget, big-star, big-promo, big-Production banners, formulae-driven, feel-good, audience-friendly stuff and take a leap into this amazingly exciting space. You’ve got the talent for sure [Lunchbox, Ankhon Dekha, Margarita, OTT] - try out the guts! Go for it!

You have nothing to lose, except your paranoia about box-office, fan-response, dumbed-down media reactions and all the mindset hassles that conventional/traditional thinking have shoved into your thobda! Do one, irrespective of the box-office results, and discover for yourself how it can be a real detox towards re-invention of your attitude, thoughts and perspective on your feelings and experiences relating to the process of acting, selection of script, roles & films. Don’t by any means divorce mainstream movies but pleeeze don’t ignore the Indie stuff. If Natalie Portman, Alec Baldwin, Jen Aniston and Cate Blanchett can go that route, so can you!