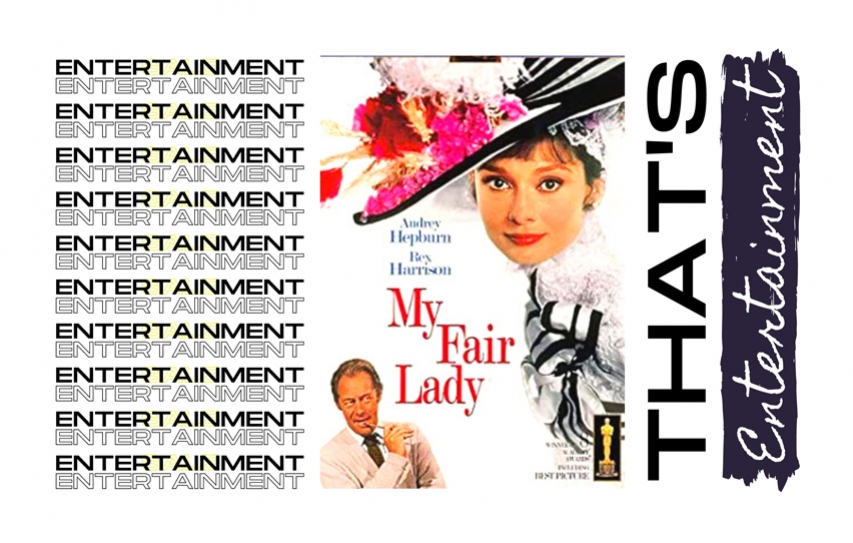 How do I start writing about a man’s love affair with Hollywood and the movies? Especially when he happens to be my father, writes Vandana Kumar

Whenever we had guests over for a formal meal, there was more excitement over what memorabilia would be on display than the menu itself. So clapperboard designed tablemats were a part of his prized possessions. Sometimes a guest rested his drink on an Anchors Aweigh coaster; sometimes she was offered Rita Hayworth napkins. Understandably they smuggled a few home. Sheer sacrilege to be wiping greasy hands on those.

To talk about his relationship with cinema, I must go back to my childhood in Kolkata. He was the go to person for residents of the society flats where we lived (a Housing Society on Rowland Road, off Ballygunge Circular Road), for anything that spelt Hollywood. They were in and out of the house, getting fodder for their movie quiz, from sheer conversations with him. Cleaning his library during the pandemic, shelf by shelf, row by row, is both acutely painful and liberating. The bedroom door announces, ‘This way to Hollywood’ and it is a new journey every time I revisit his room, considering it has been that way since the last 23 years. 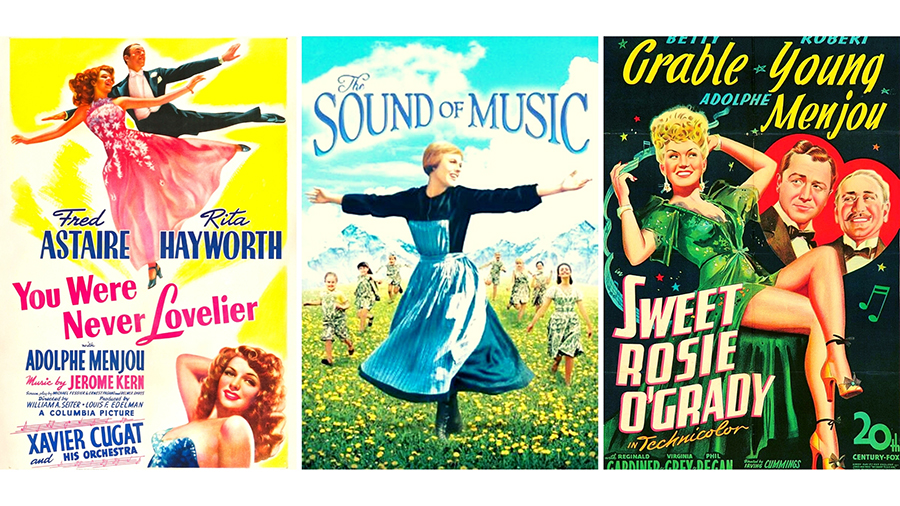 When my friends would be busy cramming for exams, my father would knock at my door and on discovering I was studying for my English paper, he would say, and I quote him exactly: “Silly girl, don’t you know the best way to study for an exam, is to watch a film?” While my friends envied this and groaned about parental pressure (which was hardly any pressure as it turns out by today’s standards), I on the other hand cribbed that my father was least bothered about my learning things in school or my education and grades.

Musicals and Westerns were special favorites and shelves exclusively dedicated to these are such a treat to revisit. As far as musicals were concerned, we saw the usual films - My fair Lady and the Sound of Music, on the mandatory school outings. My viewing of major movies of Richard Rodgers and Oscar Hammerstein II was taken care of by my father – Oklahoma! Carousel, South Pacific and The King and I were some of them. He had the most fascinating books that talked about how, from the 1930s to the early 1950s, musicals dominated the big screen. The genre emerged along with the invention of sound in the late 1920s, thanks to the first full-length - and controversial - sound picture, The Jazz Singer (1927).

In no time at all the sounds of singers and tap shoes were highlighting the new audio technology in ways that dramatic pictures couldn’t. The earliest musicals were simple Broadway adaptations like ‘Gold Diggers of Broadway’ (1929), and song-and-dance productions like ‘The Hollywood Revue’, also of 1929. They barely had any story - typical escape for post-depression audiences. His taste for musicals was not restricted to this period and went beyond the films of this time and the usual Fred Astaire or Gene Kelly films. 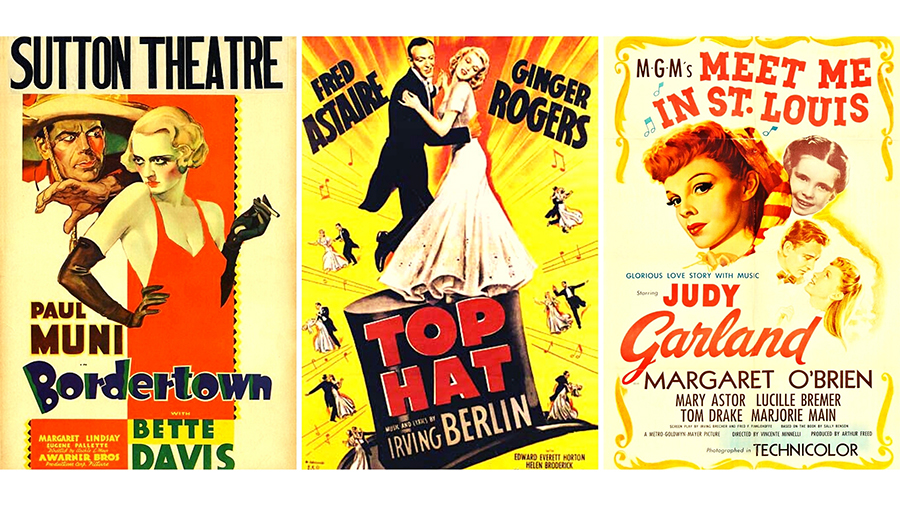 Woody Allen being a favorite, in particular I remember him making me watch ‘Everyone Says I Love You’, the director’s only real musical, and a movie, which was deeply underrated. A tangled web of love stories with an amazing all-star cast (including Edward Norton, Natalie Portman, Gaby Hoffmann, Natasha Lyonne and Billy Crudup at the very beginning of their careers), it has a script just as funny as others in Allen’s movies of the 1990s.

Visits to the American cultural center were a treat. I recall Yankee Doodle Dandee (1942), as one of the first musicals I saw there - an archetypal 1930s gangster James Cagney showed an unseen side of his talents in this energetic musical biopic. Loosely telling the story of theatrical impresario George M. Cohan, as related to no less a figure than President Franklin Roosevelt there.

Another treat was That's Entertainment!. It was a 1974 American compilation film released by Metro-Goldwyn-Mayer (MGM) to celebrate the studio's 50th anniversary. While Fred and Gene shared the screen in this musical compilation/documentary, they only danced together once in their prime: in The Babbitt and the Bromide number from Ziegfeld Follies (1945).

He initiated me into western classical music through the movies. He would first introduce me to the piece in a movie and then go home and play the record for me. So it was in David Lean’s Brief Encounter (1949), that I first heard of Sergei Rachmaninov through his Piano Concerto No. 2. Could not have been anything more perfect for this classic English love story that is so very British in the way of the reserve, and how beautifully the Piano concerto seems to be saying it for them. It all started by Baba showing us Fantasia. Fantasia is a 1940 American animated film produced by Walt Disney and released by Walt Disney Productions. The third Disney animated feature film; it consists of eight animated segments set to pieces of classical music. By the end of the movie I had for the first time heard Bach, Beethoven, Tchaikovsky, Paul Dukas and Ponchielli. Ave Maria by Frank Schubert was the highlight. Often after a movie, the music was a reference point, asking me not only if I had identified it, but also if I would have used the piece differently. 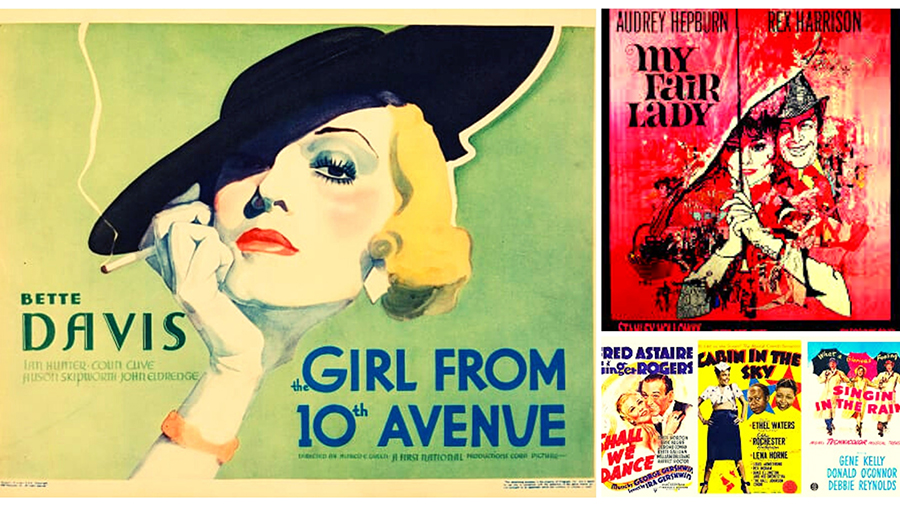 While watching a Hindi movie, it would take him seconds to identify the original English movie or song. My mother would find her movie viewing often fatiguing as he would take off on how and from where and what scene and song or the entire film was lifted, and she would end up missing what a Dev Anand or a Dilip Kumar was saying.

Neither side of the family was that deeply into movies. Just about the usual big hits – a Gone with the wind or an It Happened one night at any of the theatres playing English movies. Everyone wondered from where he inculcated such interest. Being a movie buff or obsession with trivia is one thing but possessing books written by film historians like David Bordwell and film critics like James Agee is quite another. I discovered John L. Fell’s - Film And The Narrative Tradition, on my most recent exploration of the library along with several other books on Art direction, early sound, history of film production and the narratives. There is also a DVD of ‘Paris, Texas’ and a wonderful book on Marcello Mastroianni and Fellini tucked in somewhere between the shelves. 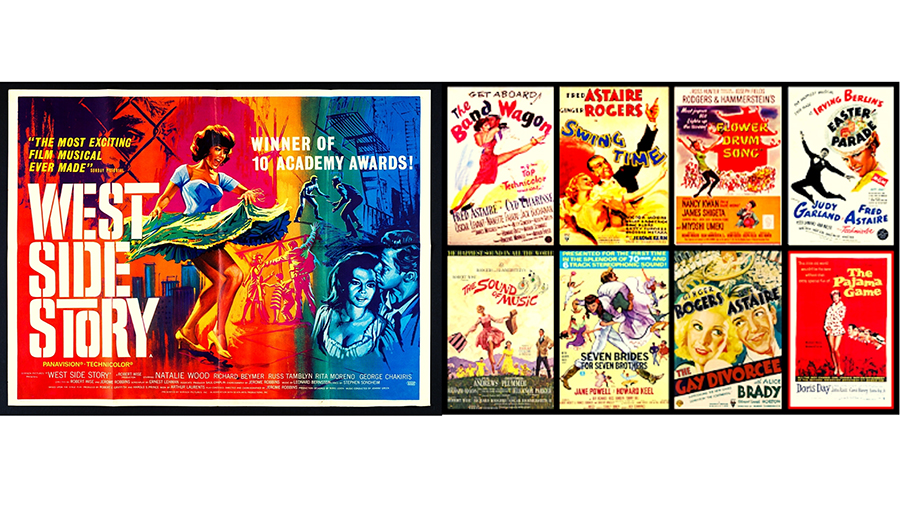 His initial interest developed in Government College Lahore, and then caught fire in Kolkata thanks to the American Centre library. The cultural heads there were thrilled to discover such interest and knowledge that they practically started gifting him books - a privilege denied to most. Working on Free School Street (Now Mirza Ghalib street) in Dunlop India Limited - what was also commonly referred to as the ‘Angrezon waali tyre company’ - he was lucky to have the visiting MD and country heads understand his love for the movies. He often left work early only to be found watching Mon Oncle at the Ice Skating Rink or movies from The Betty Davis retrospective, with due permission of the English bosses. I don’t know how it helped with the sales but obviously it never gave the visiting heads sleepless nights.

He often told me that he owned a substantial portion of his education to cinema - from picking up more than a smattering of words from all that he saw of foreign cinema to an understanding of life as it was - about love, poverty, death et al. He said that the right sort of cinema would equip you with more empathy than a thousand religious sermons ever could. I am grateful to have inherited his rich library and a little of that love for cinema.