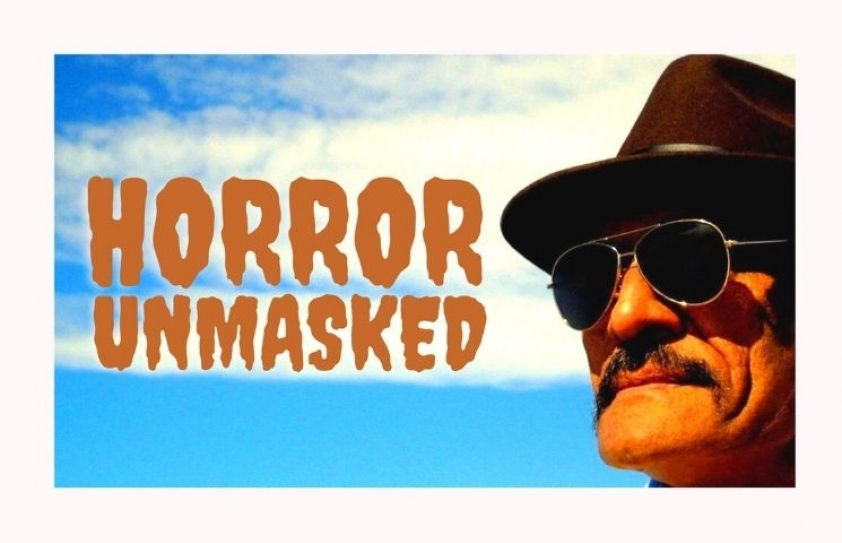 It’s Halloween time – time to celebrate a man who turned a living nightmare into a profession and was subsequently acknowledged as the face of Bollywood’s horror cinema.

And that’s Anirudh Agarwal. The tall and robust man’s real-life story is replete with twists and turns, commencing with him reaching the city of dreams, Bombay, circa 1974. He had studied civil engineering at the Institute of Roorkee and began working as a civil contractor at the prestigious Bhabha Atomic Research Centre in Bombay. Bitten by the acting bug, after almost a decade of different jobs as an engineer, he quit. And, he started to pursue his long-cherished dream to become an actor.

He was cast as a villainous sort in Teri Maang Sitaron Se Bhar Doon and Ashanti, both in 1982. However, those blink-and-miss appearances went by unnoticed. 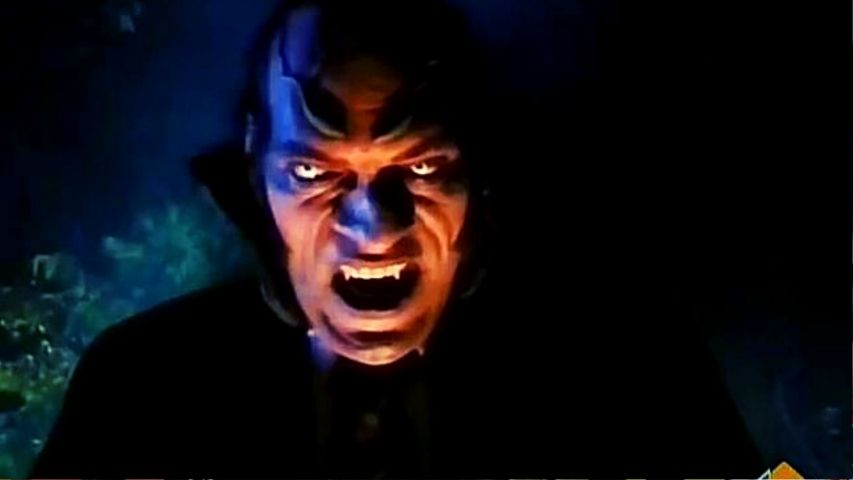 Unfortunately, his physical appearance then underwent a total change, while he was on a brief vacation in his hometown Dehra-Dun. A close friend was visiting him after almost a decade. When the actor opened his home’s door, the friend couldn’t recognize him. For a moment, Anirudh thought the friend was joking. Then he looked at the mirror and was shocked. Indeed, his face had undergone a drastic change, a change, which was so slow and gradual that neither him nor his wife and two sons had ever noticed the transformation.

A doctor made him go through a series of tests, leading to the conclusion that there were major complications in his pituitary gland, which is connected to the brain. Its three lobes, which secrete the most common hormones, were overplaying their roles in his body.

He looked terrifying, he admitted to himself. Undaunted though, he returned to Bombay to approach the Ramsay Brothers for a role. This was certainly not what he had aspired for but at least he would be facing the camera. Impressed with his broad body structure and a height of nearly 6 feet 5 inches, the Ramsays agreed to give him a screen test, complete with make-up and costume, for their film in the works. The Ramsays and the distributors were thrilled with the results… they felt he would scare the daylights of the audience. Anirudh was signed as the main protagonist for their maiden venture Purana Mandir. 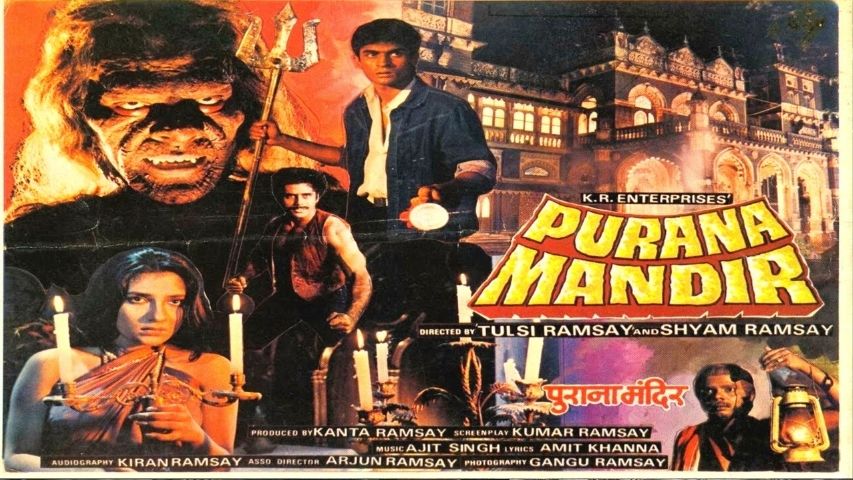 This surprise hit became iconic in the genre of Bollywood horror movies. Made on a shoestring budget, it was the second biggest grosser of 1984. Released on the 19th of October 1984, Purana Mandir smashed box-office records since its collections were almost on par with the Amitabh Bachchan starrer Sharaabi.

Years ago, in a conversation with the late directors Tulsi and Shyam Ramsay, they had told me that the film was a creatively enriching experience but was the most difficult one made by their banner. Besides the fact that it involved a large canvas, it also required a high-end makeover for the demon Saamri – played by Anirudh rechristened as Ajay Agarwal for the screen; a name he was associated in future.

The screenplay revolved around the love story of Suman and Sanjay. Suman’s family is the descendants of Raja Hariman Singh of Bijapur. When her father finds out about her liaison with a middle-class man, he disapproves vehemently and tells them that their clan is under a curse, which was inflicted 200 years ago by the bloodthirsty demon Saamri.

According to the curse, Suman would be hideously transformed and die after giving birth to her first-born. Laughing it off as a mere superstition, Sanjay and Suman along with their friends, Anand and Sapna, leave for Bijapur to put an end to the curse, unaware of the terror awaiting them.

Extensively shot in Murud Janjira, the film’s music score by Ajit Singh was on top of the charts. The song Woh Beete Din Yaad Hai shot on the glamour-exuding Aarti Gupta became a trendsetter. Self-designed costumes worn by Aarti became fashion trends. The neon-color clothes, polka-dotted and floral sarongs, knotted sarees and off shoulder blouses, bandanas and headgears were way ahead of the times of that era.

Purana Mandir has attained a cult status among horror fans and is still widely watched. It is also one of my most memorable films, which I had watched as a teenager with my close friends. 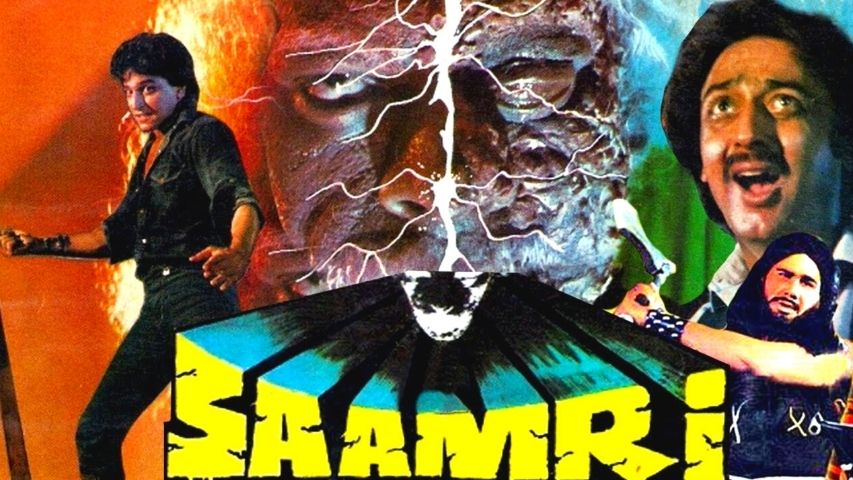 Overwhelmed by the success of Purana Mandir and their super monster Saamri, the Ramsays featured their monster man Ajay Agarwal in a spin-off of Purana Mandir. Crafted in 3D (on the heels of the mega-success of the children’s film Chota Chetan), the technical enhancement in  a horror film was a novel idea.

All the trademark Ramsay Brothers’ elements were on display: a huge forlorn haveli, foggy nights and black magic - all cleverly woven around Saamri who is murdered by his own people in the greed to claim his wealth. Hang on, though. Soon, he returns from the dead to avenge his killing.

Saamri was being filmed with brisk speed but director Raj N. Sippy was shooting the 3D superhero adventure, Shiva Ka Insaaf, starring Jackie Shroff and Poonam Dhillon, simultaneously. There was a race against time to get to the release-post first. Shiva Ka Insaaf did, explaining why Saamri could not repeat the bumper success of Purana Mandir. Yet it did well at the ticket windows. By then the Ramsays had their own loyal fan-base. 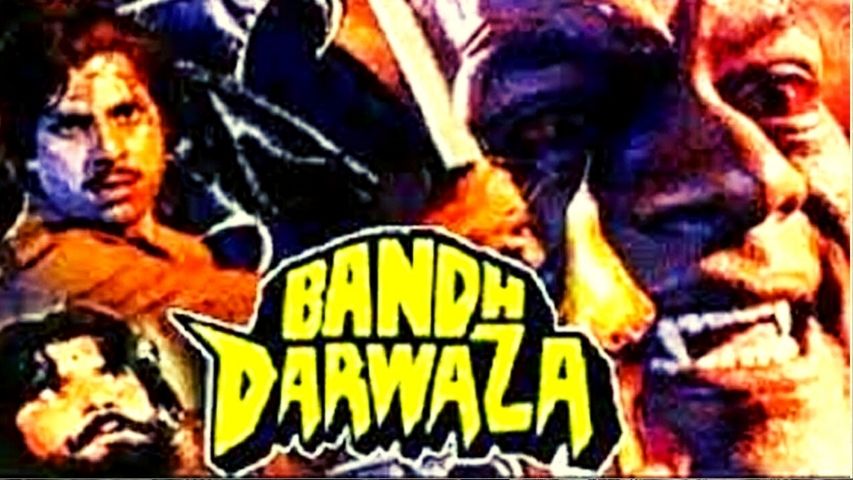 Subsequently, the Ramsays made Tahkhana, Dak Bangla and the box office success Veerana. In between some of the projects announced were left halfway or never saw the light of the day. With the onset of 1990, the banner returned with Ajay Agarwal as the Dracula-like Nevla in Bandh Darwaza, one of the last super-hit films from the fathers of Indian Horror.

The plot revolves around vampire Nevla who sparks fear around Kali Pahadi. Cut to Thakur Pratap Singh whose wife Lajjo is unable to give birth to a child. She is taken to the demonic Nevla at Kali Pahadi by her maid Mahuva (disciple of the demon) who promises her a child but with the caveat that if she gives birth to a daughter, the thakurain would have to be returned to Nevla.

Lajjo delivers a daughter but refuses to return the child. Next, the maid poisons the child. And the enraged Thakur destroys the den and banishes Nevla. Years later, the Thakur’s daughter, who is raised by a devilish clan, becomes the bait for the bloodthirsty monster - follows a fight-to-the-finish to destroy the satanic towers of the demon.

In the course of my conversations for my coffee table book – A Touch of Evil -- with Shyam Ramsay, he told me that although Bandh Darwaza did excellent business at the ticket counters, it was not that successful as either of his blockbusters Purana Mandir and Veerana. Its returns were not commensurate with the efforts and hard work invested in creating the get-up of Ajay Agarwal as Nevla.

The film had pleasing music by Anand Milind and is one of the most watched films on the OTT platforms, just like Purana Mandir and Veerana.

After Bandh Darwaza, Ajay Agarwal was seen in a number of episodes of the famous Zee Horror Show and Anhonee made by Ramsays, as well as the TV serials Maano Ya Na Mano and Aahat. He was also seen in popular films like Jaadugar, Ram Lakhan, Aaj ka Arjun, Bandit Queen, Mela and Talash: The Hunt Begins. His filmography also includes international projects such as the 1994 live action adaptation of The Jungle Book and a brief pop-up in Such a Long Journey.

Ajay Agarwal last appeared in a cameo in the 2010 horror film Mallika directed by Wilson Louis. Today, at the age of 70, he is semi-retired, content to be known as the face which sent shudders up the spine of horror movie buffs.