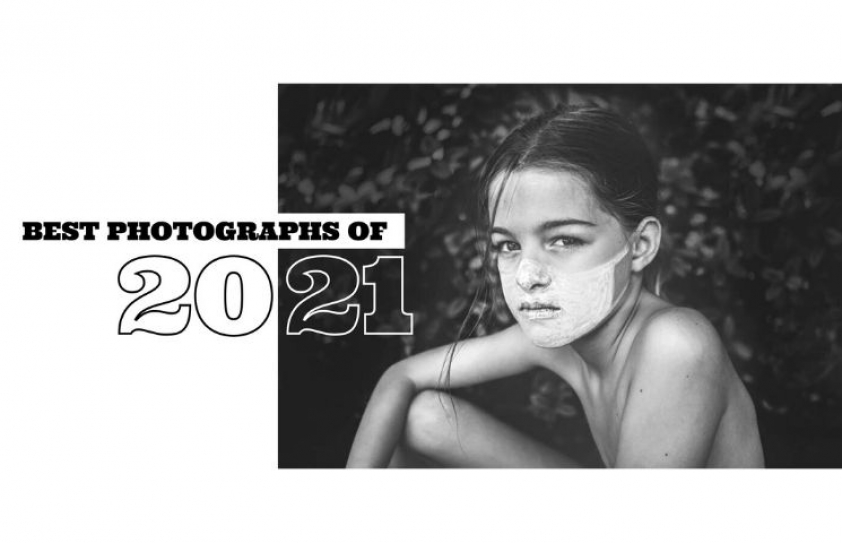 Khalid Mohamed, inspired by a selection of the award-winning photos from National Sony World Photography 2021 competition, writes on the significance and evolution of image-making today.

The closest thought I can offer about still photography is that it is a combination of technical competence and creativity. And the desire to learn and improve even if you're already a professional is essential.

As the pandemic continues to dictate our lives, one of the diversions or even a masterclass of sorts, have been the variegated images accessible on the countless sites on the Internet, dealing with every aspect of our lives. I find Street Photography sites to be the most dynamic, introducing us to a world apart and yet so resonant of the universal human condition. Still,  to each his or her own preference of the limitless genres.

Too late for me to dream of becoming a professional photographer today. I can use the smartphone or occasionally a digital Sony, Canon or Nikon - to capture life on the lam, the splendour of nature and faces which narrate stories in a single, at times clicked randomly and on others, with pre-meditation.

Amateurish or professional, the images are a chronicle of the beyond-comprehension times we are going through. Moreover, as much if not more, discovering lost photos of one’s long-departed family and friends, shot at the extinct studios with quaint backgrounds, tucked away in a forgotten desk drawer are a solace.

Towards this quest of image discovery, which elevates one’s loneliest hours, I have come across a diverse range of photography-dedicated groups on Facebook. Hence, I summoned up the nerve to set up one with a friend, indie filmmaker Arin Paul, who co-administrates the Let’s Celebrate Photography on Facebook. The membership has risen slowly but steadily within a few months, members from all over India and abroad have shared intimate moments caught on either state-of-the-art equipment or on smartphones. 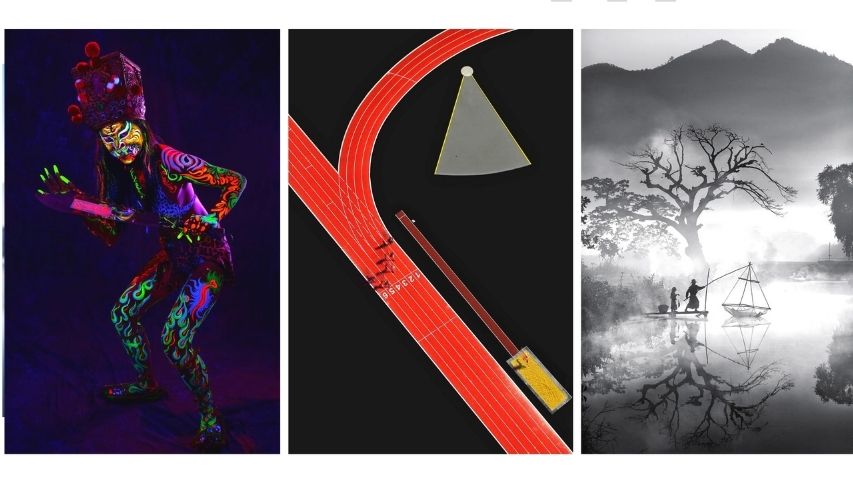 Smartphones have made photographers of everyone, setting off the not-so-laudable trend of wonky selfies for posts on Instagram for self-publicity and garnering the status of ‘media influencers’. Yet it cannot be discounted that they are a record of the times, one’s age, and memorabilia in the long run. Far too frequently, though, the clicks lack a shred of quality. Selfies may be a fun moment, but total up to an overkill. They’re there to stay. So why be a killjoy? The upper is that, fortuitously, quite a few specialised cell phone photography groups on cyberspace post only those submissions of entries, which make a valid statement.

Sunsets, sunrises, flora and fauna shots appear to be the favourites. When Arin and I suggested the incorporation of the human element in each post in our group, we were convinced by the members that no, there should be no restrictions, no don’ts. Agreed. After all, some of the most wondrous images we have received comprise images of the intricacy of architecture, vignettes of isolation, inventive shadowy afternoon studies, and of course, the majesty of the rarely glimpsed seams and folds or urban and rural-scapes.

The debate between superiority of analogue and digital photographs persists inevitably. Let’s just conclude that an image is an image by any device. I cherish the clicks I’d taken during my growing-up years on my Agfa box camera. The roll would be submitted for developing into prints at studios. Of the results some were hopelessly awful, some personally valuable. Yet such bygone images are a legacy and if I may say, a joy forever.

Those who take photography seriously may be discouraged at the outset but the point is to never give up. After all, as the great French photographer, Henri Cartier-Bresson had said with utter humility, “Your first 10.000 photographs are the worst.” Or as the legendary pop artist Andy Warhol put it, “The best thing about a picture is that it never changes,even when the people in it do.” 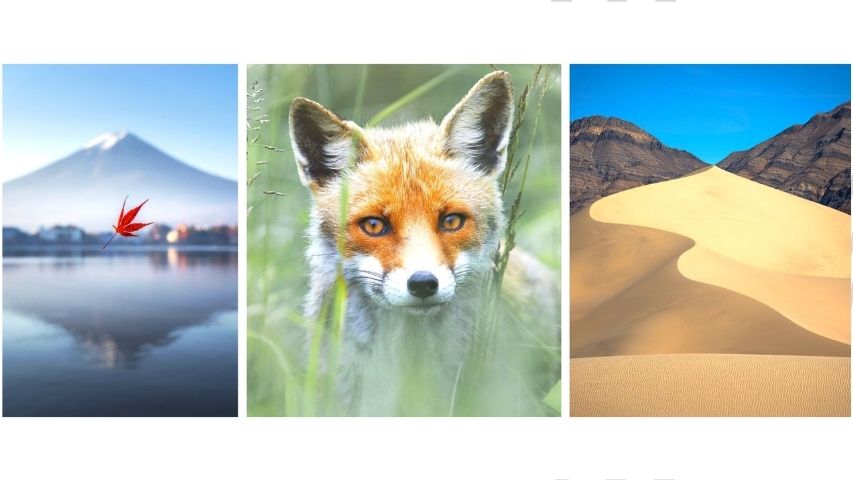 True, still photography has not yet been acknowledged as a distinct art form, in India. Yet the movement is on with full fervour over the last five decades. Today more and more photographers are exhibiting their work at galleries and fetching at least a semblance of the price they deserve, besides some art museums now do reserve a section for the display of images.

These off-the-cuff ruminations are, in fact, a preamble to a suggestion. Why can’t there be an official competition on the lines of one organised since the last nine years by The World Photography Organization which recognises the most deserving photos to be feted from 50 participating countries?

Coming across, the images lensed by the National Award Winners of the Sony World Photography Awards 2021, were indeed a revelation. According to a spread in Forbes magazine, accompanied by a lucid article by Cecilia Rodriguez, more than 330,000 images were submitted for the 10 categories of the Awards, and over 165,000 were entered in the open competition from which the National Awards photos were selected. The winners were given Sony digital imaging equipment, besides benefiting from global and local exposure. Expert judges chose the best images from each of the countries entered into the National and Regional Awards.

Forbes quoted that in adjudging the final selection, the expert jury felt, “The earth's beauty and diversity is strongly embraced in the winning images for 2021: From striking aerial shots to compelling portraits, they demonstrate a vast array of styles, subject matter and technique.” 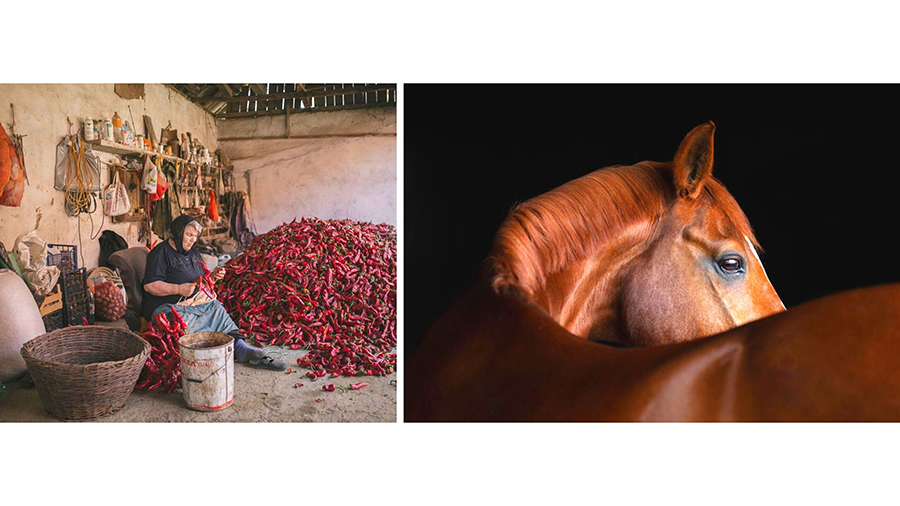 At this point, it may be mentioned that photography was first used in 1858 by the French photographer and balloonist Gaspard-Félix Tournachon in Paris. Aerial photography was largely employed for military purposes through the use of hot-air balloons, helicopters and planes for most of the 20th century.

It wasn't until about seven years ago when the first camera-equipped drones were released in the commercial market, that drone photography took flight. Now it’s one of the most popular genres in photography, with many lenspersons using the technique to highlight environmental concerns.

Tempted as I am, to select the best photographs from our group Let’s Celebrate Photography (am leaving that to another day depending on the response to this little outpouring of mine), right now it would be way more pertinent to reflect on a selection, my subjective one albeit, of the National Award-winning entries of the Sony World Photography Awards 2021. Interestingly, they avoid exacerbating the pressures upon us of the pandemic, giving us a much-required break from the escalating levels of anxiety.

Truly, then, photography is a way of expression which you cannot articulate in words. Here’s unsolicited advice then: Just click before you lose the moment.