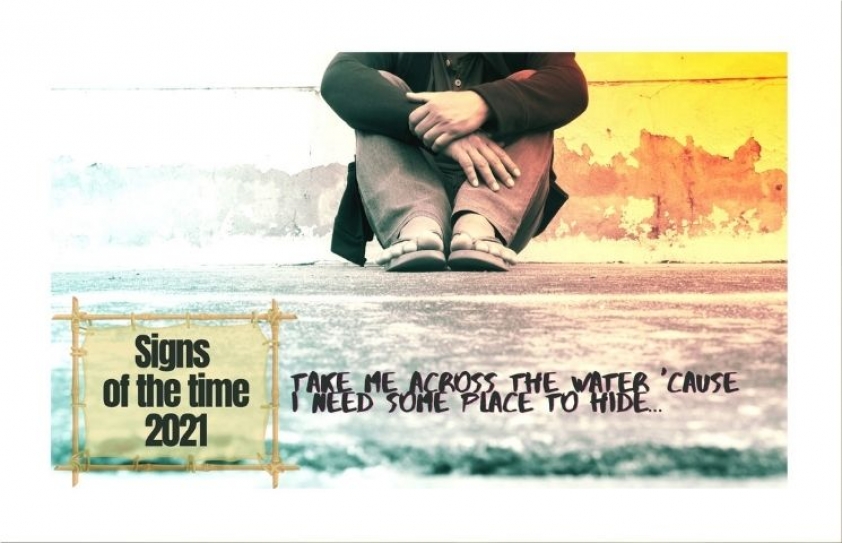 Signs of the time: Take me across the waters, ‘cause I need some place to hide…

I have never believed in ushering in the new-year on a frilly note. Somehow find it silly to go cooing ‘happy new year’ when there’s dearth of happiness around. And as this year comes to a close with painful cries from varying locations, there is an absolute ‘no’ from my end to come up with that formality-dripping one-liner: happy new year!

Like at the start of every new year, I plan to usher in this one feeling forlorn with hot water bottles clutched in my hands, reciting these lines of Faiz Ahmad Faiz: Somewhere near the  pillow/The night’s fading away/Or is it the candle melting?/Something is burning within/Is that your memory, or my  life seeking to depart?

Call me outdated or backward or one of those boring introverts but I refuse to give in to facades. With that in the background or foreground, I am in no mood to move away from ground realities.

Tell me, what’s so astonishingly positive holding itself out for us in the upcoming year? It could get bleaker on the virus-pollution-distress fronts. With financial lows everywhere, there are darker and murkier times that lie ahead. And even if one were to forcibly fit oneself in the glass-half-full category, I still manage to see vacancy spreading out, not just on our faces but writ large in our eyes and hovering along our fields and hutments, lanes and alleys. An eerie build-up, a forewarning of the trying times in the coming year. Tell me in such a scenario how can one tickle oneself to laugh and giggle or go about hugging 2021?

And please don’t come up with silly new-year resolutions of shedding those extras kilos along with well-tucked inhibitions. If at all you are in that resolution flaunting mood then do shed that extra layer of that thick hide on you. Throw it off. Then see the realities of the day, not just here in our country, but also out there on the high seas.

In our country, sheer tyranny was heaped on our people by the sarkari dictates. One can well imagine what the farmers are going through, sitting on the borders of Delhi in freezing temperatures. Perhaps, it’s their sheer grit and willpower that’s  keeping them  going - withstanding the zulm of the administration. And out there, in our inner and outer lanes, married  couples are getting torn apart by fascist ‘love jihad’ policies. 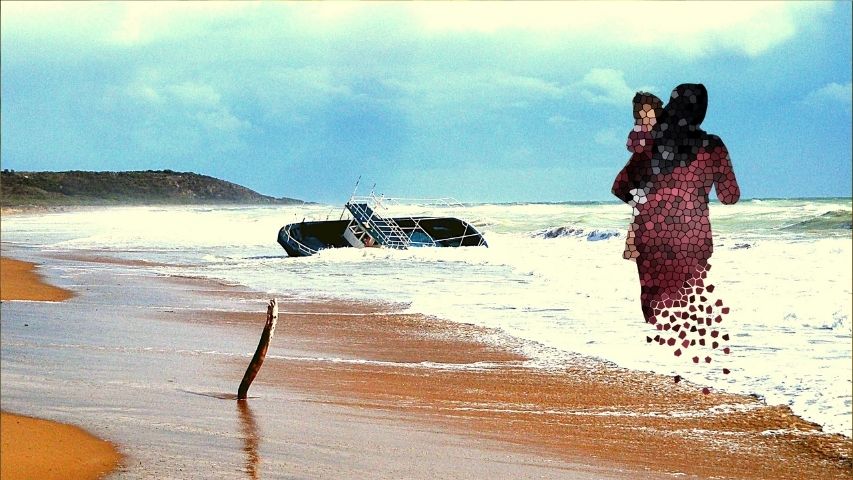 Meanwhile last evening, a pathetic sight caught attention. Television shots of boats carrying hundreds of hapless Rohingya refugees, being moved  from one shore of Bangladesh to the other. Little men, women and children moved like cattle from one destination to the next.

Even in our country, the condition of the Rohingya refugees is as pathetic - those who managed to flee the daily rounds of torture in Myanmar but are surviving in our capital city New Delhi in the harshest possible conditions, with only a handful of organizations reaching out to them. Ironical it is though that half of New Delhi’s population were refugees in the late 1940s, yet  there is such indifference to the plight of these refugees in our midst.

Aren’t all of us refugees?  Isn’t seeking refuge a state of mind? So many times don't we close our eyes and mentally transport ourselves from a  difficult situation towards a peaceful one, as though we’re finding ways and means to survive? How many of us keep seeking refuge from hurt, deceit and pain - running away from horribly complicated characters? Those who are not so fortunate take some sort of a temporary refuge in the folds of their dupatta or shawl or chaddar to not be heard when they cry out loud. At least the piece of cloth they’re holding gives them cushioning!

As I’m keying in words, I am wondering about the bygone days when men and women wandered about, freely, from here to there and everywhere without complicated procedures. No, they were not kept at bay neither labelled refugees nor suspects. Instead, they were accepted and made to feel comfortable. A complete contrast to today's so called developed times when there lurks suspicion and distrust. More so when we spot a foreigner among us, a hapless  homeless somebody seeking  refuge.

The coming year will only complicate and compound the refugee crisis in the world over - as more and more Right-wing governments are hardening  their stands and playing into harsh political dictates. Even the big-bodied United Nations has not been able to provide required optimism to  hundreds of refugees who are in deep distress, desperately looking for help. What’s their future and where do they go, running  from one  country to the next? How many will perish and drown without even being counted.

Images of refugees crossing borders are enough to jolt the nerves. And  activists who are reaching out to the Rohingya refugees in New Delhi detail the horrific conditions they are living in. Yet we don’t bother to speak or reach out - deadened either by our own sorrows or by those inflicted on us  by the political treachery that’s ongoing. Well, so thick-skinned we have  become, that we even fail to realize the basic underlying fact - citizens can  become refugees overnight because of the political chaos and civil strife. They can be made to flee from their homes towards a nowhere of sorts. At times seeking refuge in their own country, fleeing from one state to the next. And this storm can come upon them suddenly.

Pierre Cardin passes away at 98 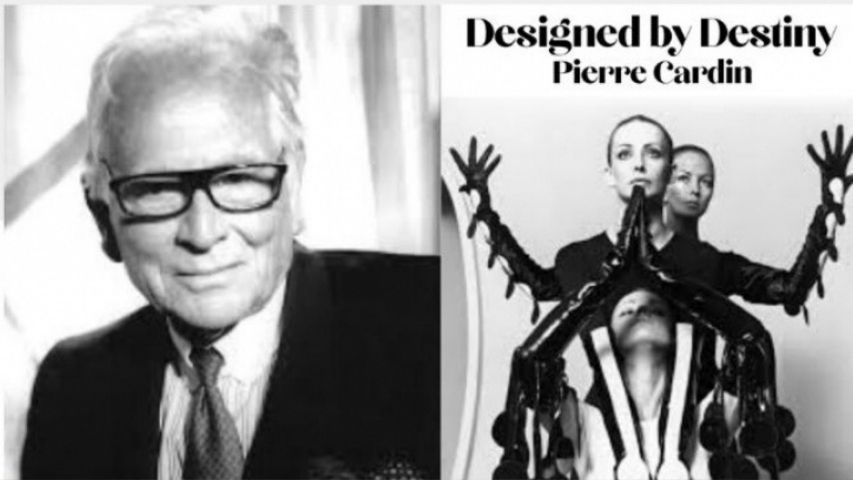 Just as  I was  filing this  column, came in the  news  of the  passing way of  the  98 year old French-Italian  designer, Pierre Cardin.

I had  met and  interviewed  him  in New Delhi, way back at the start of  1989, when he had flown down from Paris to design T-shirts and shirts for the Surajkund Crafts Mela and also to hold fashion shows. It was reproduced by me in 2020 for The Daily Eye and you can follow the link here to read it: Designed by Destiny

Signs of the time: Who is accountable?