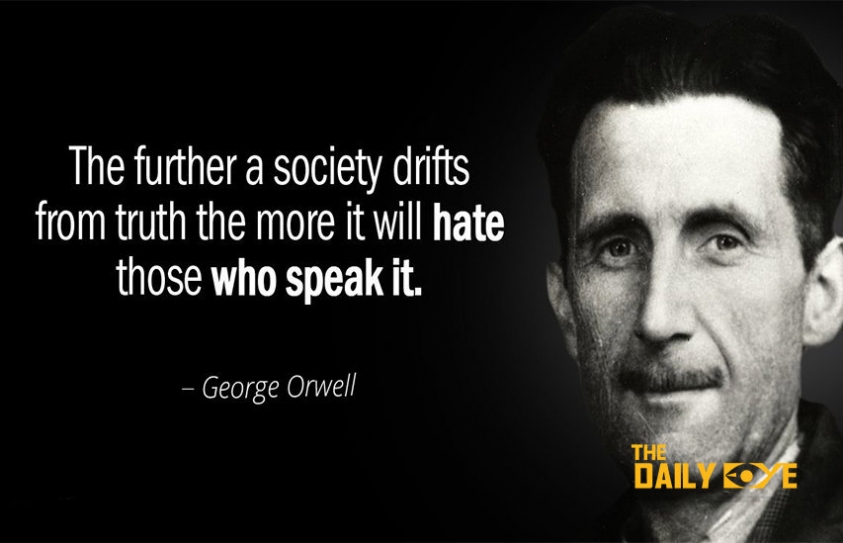 The Central Role of Writers in Public Discourse

A strong relationship between the arts and politics, particularly between various kinds of art and power, [citation needed] occurs across historical epochs and cultures. As they respond to existing at or occurring in the same period of time. In events and politics, the arts take on political as well as social dimensions, becoming themselves a focus of controversy and even a force of political as well as social change.

Whether art takes the form of music and gives rise to pop culture songs about debate, protest, struggle and fighting the power or the power of literature and writers such as Karl Marx, John Stuart Mill, Noam Chomsky or one of the most known political writer George Orwell. 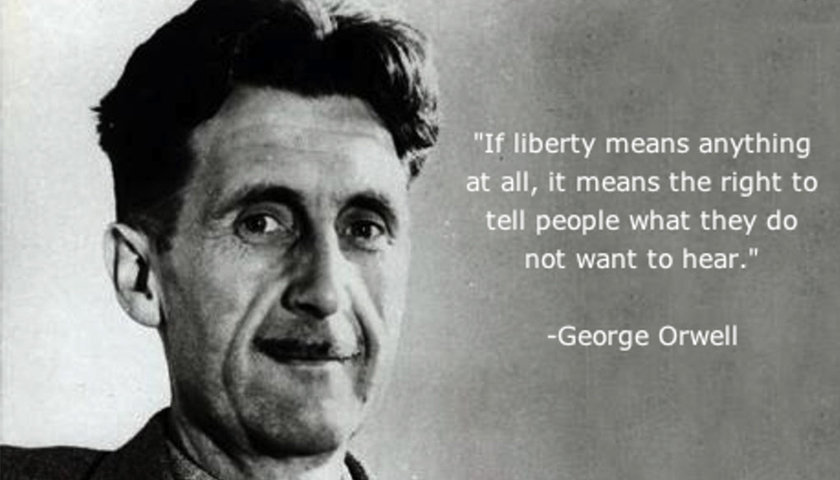 George Orwell's work is marked by keen intelligence and wit, a profound awareness of social injustice, an intense opposition to totalitarianism, a passion for clarity in language, and a belief in democratic socialism.

In a 1948 essay titled "Writers and the Leviathan" George Orwell expresses his view of being a writer in a position of control. While Orwell talks about an ideal situation where writers should ideally separate themselves from politics, however, this is unavoidable, with thoughts automatically dominated by what happens around you. He discusses how the context and one's political standing impacts how we write as well as how we respond. A purpose for writing is always predetermined, with texts being judged before, during and after writing.

“This is a political age. War, Fascism, concentration camps, rubber truncheons, atomic bombs, etc., are what we daily think about, and therefore to a great extent what we write about, even when we do not name them openly. We cannot help this. When you are on a sinking ship, your thoughts will be about sinking ships”, writes George Orwell.

As much as anyone, the writer has a political opinion but what George Orwell is vigilant about is them becoming propagandists and puppets while simultaneously losing their integrity.

The catch 22 situation is, the writers cannot be ignorant of politics and be irresponsible at the same time they cannot side with one party. Today, if you switch on any news channel or talk about a particular journalist you can surely divide them according to their political bend.

"We are all enmeshed in politics because we are all citizens of somewhere – even writers – and we cannot escape being shaped by political decisions, big and small. So instead of asking the question ‘Should literature be political?’ I would rephrase it as a statement: Literature is political because we, the creators of literature, are political animals; it is part of accepting our responsibility of being​ ​human, of being citizens of the world." says Olivia Senior in 'Literature is political because we are political animals' for The Guardian.

It is important to understand that ethical political writers act as gatekeepers and even when they are told to "shut up" it creates a ripple effect among other writers to shout loudly.