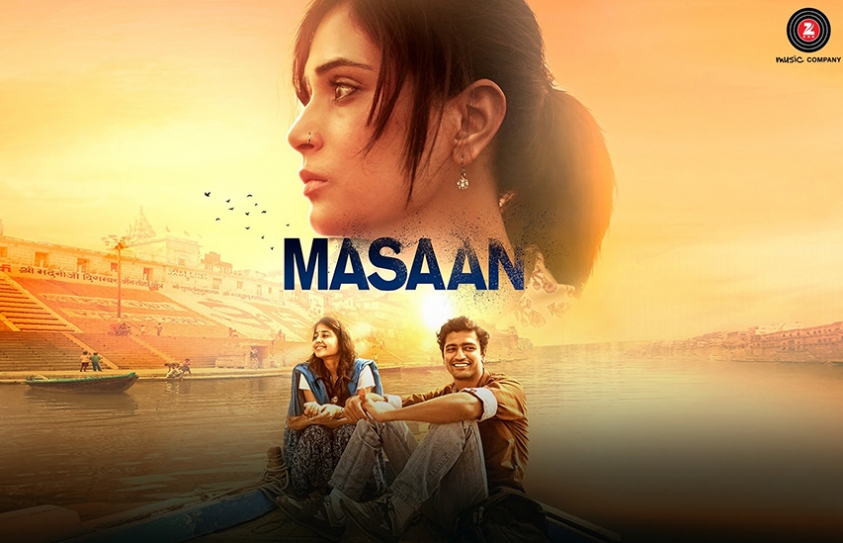 Masaan, by its title (‘shamshaan’, a crematorium) and with a few (here, paraphrased) lines of poet Brij Narayan Chakbast sets the tone for the film that will follow: “What is life? A summation of five elements. What is death? A disarray of those elements.” The film dwells into the “lives of quiet desperation” being lived near the ghats or down the dusty streets of a sleepy, beautifully captured small town.

Devi Pathak (Richa Chadha) is caught in a compromising position by Inspector Mishra (Bhagwan Tiwari) and his team of constables. Her lover Piyush (Saurabh Chaudhry), fearing dishonour commits suicide. Trapped by Mishra with a reputation-destroying MMS and a threat of abetment of suicide because of the tragedy, Devi and her father, the learned Sanskrit scholar Vidyadhar (Sanjay Mishra), are expected to cough up three lakhs in three months to keep the inspector’s mouth shut.

A parallel track has Deepak (Vicky Kaushal) falling for the bubbly upper caste girl-next-door Shaalu (Shweta Tripathi). He hails from a family that cremates the dead at the ghats. She is a shayari aficionado, reading the likes of Bashir Badr, Akbar Allahabadi and Mirza Ghalib. Their courtship is at the time of Facebook, so the boy does not have to pursue the girl to make ‘fraandship’ with her. An online click is a decent enough first approach for them. The soulful “tu rail si guzarti hai” forms a motif of their blossoming affection, though fate and the caste-divide could tear them apart. 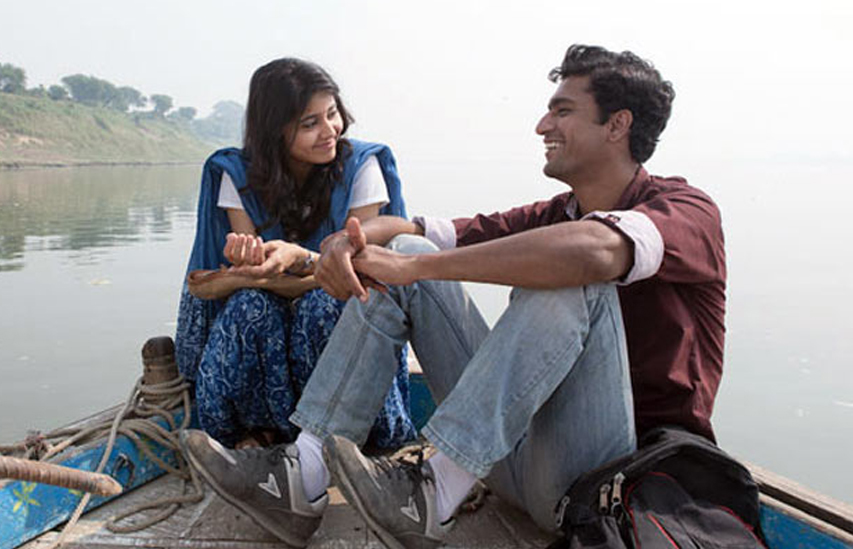 A series of events that mould the characters come by as gentle twists, without the dramatic score and associated hysteria. Masaan has a great use for silences, notable in scenes like when Vidyadhar slowly washes his hands before slapping his daughter and flinging a steel utensil across the room. It’s a build-up you see coming, but only after the smouldering, seething rage has enveloped the room.

The scenes are shot with a feel of real, minimalist lighting like the inside of a bus, a face lit up by a phone’s glow while cruising past the ghats in a boat or even the framing of a group of friends by a bonfire as a shapeless, window-lit train goes by on the bridge above. All of it built in better ambience by plaintive Indian Ocean songs.

Masaan is about the societal constraints, double standards, life’s sorrow, redemptive consolations and moving on. Above all, moving on. Gathering the pieces of memories, choosing to keep those precious to us while disposing of physical souvenirs. It is a sensitive look at small-town India, bound by traditions, co-existing with the steadily percolating technology.

It may not have neat, commercial conclusions to the tracks but is a contemplative, accessible watch for both arthouse aficionados and those willing to be initiated.