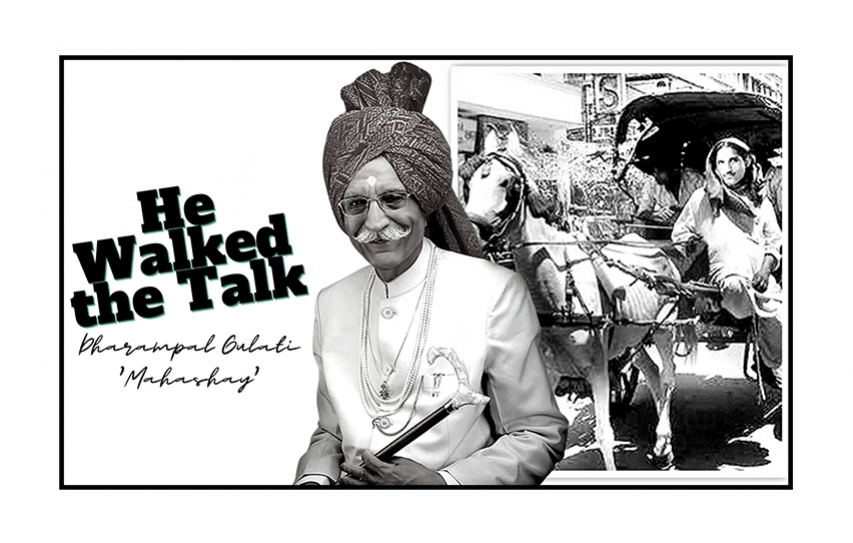 The brand mascot who walked the talk

He started to feature in his brand advertising almost four decades ago making him a brand mascot in the mold of Lee Iacocca of Chrysler, Dave Thomas of Wendy’s, Colonel Harland David Sanders of KFC, John Schnatter of Papa John’s pizza, Richard Branson of Virgin, writes Dr Sandeep Goyal

‘Mahashay’ Dharampal Gulati, the owner of the MDH Masala brand, often called the Grand Old Man of Spices, died yesterday. He was 98. Mr Gulati was born in 1923 in Sialkot (now in Pakistan). A fifth grade dropout, he joined his father Mahashay Chunni Lal Gulati's spice business in pre-partition Pakistan; then migrated to Amritsar before finally laying anchor in Delhi where he built MDH into a formidable market leader in packaged spices. The Mahashay features in this ET Brand Equity tribute for his marketing genius and his advertising savvy.

The Mahashay started to feature himself in his brand advertising almost four decades ago and continued to play a cameo role in each piece of brand communication ever put out by the brand; but first to the back-story.

In the year 1933, he left school before completing Class 5. In 1937, he set up a small business of looking mirrors and thereafter soap. He even tried his hand at a carpentry job, became a cloth merchant for a while, dabbled in the hardware business and in rice trading too. Somehow these businesses could not hold his interest for long and he eventually joined hands with his father in his parental business of spices that was conducted under the name of Mahashian Di Hatti (MDH) popularly known as the ‘Deggi Mirch Wale‘ people. 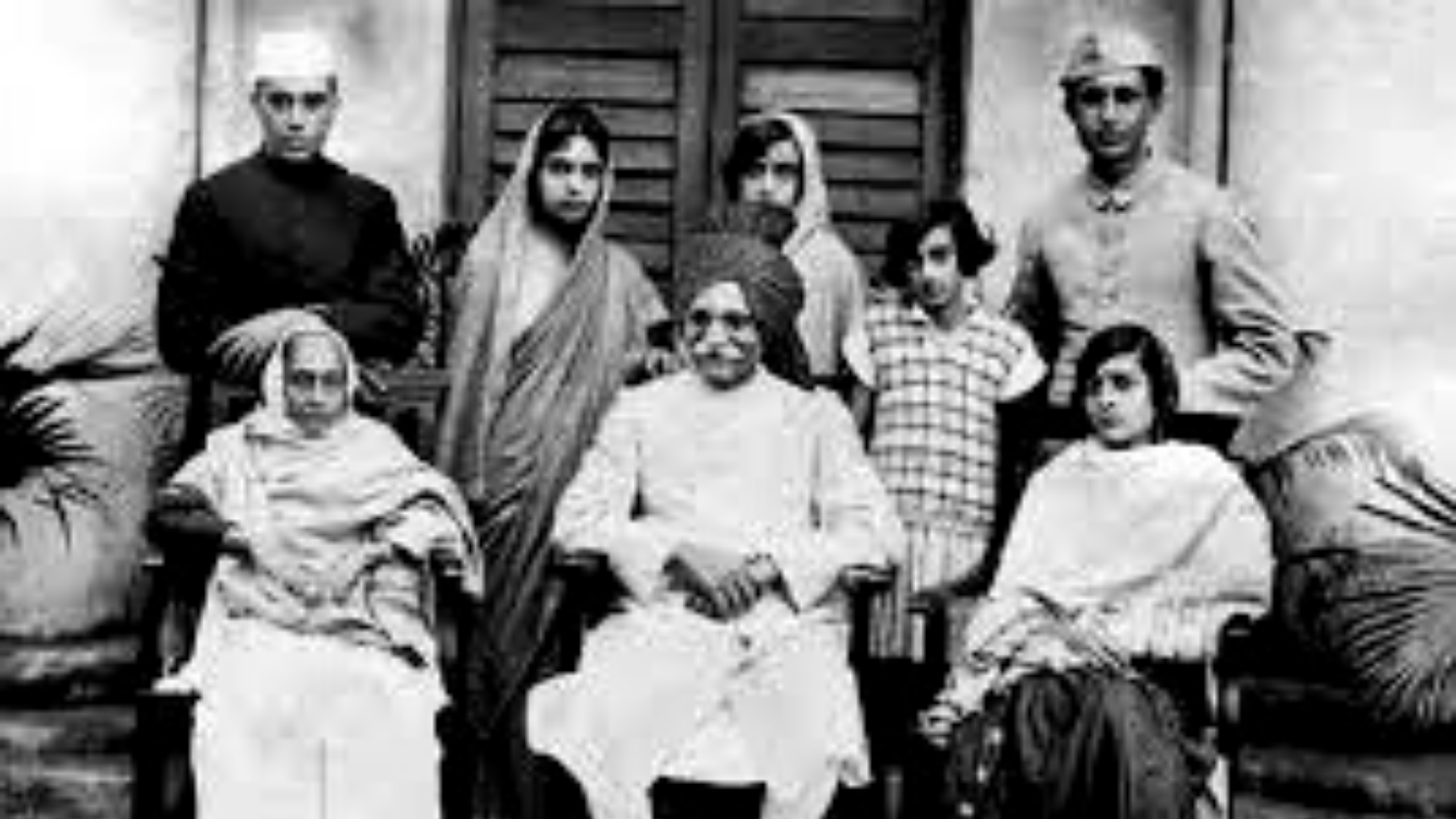 After the partition of the country, he came to India, looked at opportunities in Amritsar and finally reached Delhi on 27th September 1947. At that time he had only Rs.1500/- in his pocket. With this amount he purchased a tonga (horse led rickshaw) for Rs.650/- and drove it from New Delhi Railway Station to Qutab Road and Karol Bagh to Bara Hindu Rao at two annas-a-sawari (an anna is 1/16th of a rupee) for a few days.

Thereafter he bought a small wooden khokha (shop/hatti), measuring 14ft. x 9 ft., at Ajmal Khan Road, Karol Bagh New Delhi, and started his family business of ground spices and again raised the banner of Mahashian Di Hatti of Sialkot - the original ‘Deggi Mirch Wale’. Then there was no looking back for him. MDH, the company he re-established in 1959, today sells 62 products available in over 150 different packages and retails in over 100 countries.

I met Mahashay Gulati only once. And that was nearly 20 years ago when I was running Zee. He was one of our most visible advertisers. I was planning to re-launch ‘Khana Khazana’, our longest running culinary series, and MDH were potential sponsors. The Mahashay’s majestic moustache was a good icebreaker. He laughed when I asked him about it. He said it looked impressive and added to his personality. “You grow one too… you have an impressive personality,” he counseled me. “Ghar ki fasl hai, ugate raho!”

We both had a hearty laugh. He loved the fact that I was speaking with him in chaste Punjabi. That made for an instant rapport. I mentioned that I was born in Amritsar. My mother was from there. He instantly made connects with her family and traced back roots to Partition and before. My mother’s uncle, who was from Rajasansi, and Mahashay must have been contemporaries, we figured.

I asked him about the ‘Deggi Mirch Wale‘ moniker and he told me an interesting story. Sialkot and its hinterland were known for red-mirchi. His father was one of the biggest buyers of red chilli from the growers. The chilli would then be cleaned, ground, packed and sent all over the country. Even in those days, there was a lot of money to be made, out of adulteration of the red chilli, and most of their competitors did resort to such short cuts. But the Gulatis were known to be steadfastly honest with zero adulteration or addition of artificial colors. So they built themselves a dual reputation - that of ‘Deggi Mirch Wale‘ as well as being addressed as the Mahashian di Hatti - Mahashian meaning ‘gentlemen’ or The Shop of Gentlemen!

I will never forget that short but very interesting interaction with Mahashay Gulati two decades ago. Just as I was leaving his office, I asked him why he always wore a red turban. “Lal mirch vechan wale hor keda rang pa sakde ne?” - What color can those who sell red chilli wear? – He had guffawed, and hugged me. “Laal jaandara da rang hai, dildaara da rang hai” - Red is the color of those who are full of life and full of heart. Full of heart he surely was because a big carton of MDH masalas magically found its way into my car before I departed his office.

Old man Gulati earned Rs 21 crores a year as salary. He drove around in a stretch limo. He was a philanthropist par excellence. But most importantly he was a CEO who walked the talk: “I put myself in every grain of masala we sell. If the grahini is unhappy, I take all the blame. Zero tolerance to adulteration, 100% customer satisfaction is the rule. I have dedicated my life to quality and goodness”, Mahashay had said to me.

That promise has stayed good even today. No wonder MDH is a market leader by far in spices. And Mahashay Gulati is a face familiar to every Indian housewife; epitomizing unwavering commitment to product quality, innovation and taste.