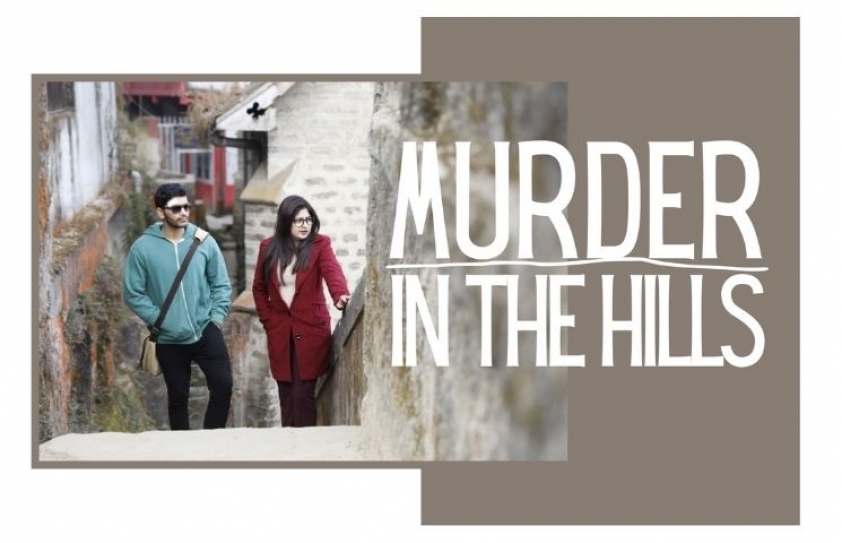 Shantanu Ray Chaudhuri’s review of the the singer, composer, lyricist and filmmaker, Anjan Dutt’s latest offering on Hoichoi, Murder In The Hills.

A renowned filmstar dies on his birthday, apparently, of a heart attack. An intrepid young journalist’s research for an article opens a can of worms in Anjan Dutt’s well-done mystery that captures Darjeeling beautifully.

Those who have followed Anjan Dutt’s career as a singer-composer-lyricist and filmmaker will know that Darjeeling occupies an important place in his creative endeavours. He has gone back to the hill station time and again in his songs and films. Thus, it’s not surprising that he sets his new directorial venture, Murder in the Hills, in Darjeeling and that it occupies so much of the narrative space. There’s something about the mountains that make them a perfect backdrop for a murder mystery. Narrow winding roads turning back upon themselves, quaint structures precariously perched on hill slopes, a shaft of sunlight breaking through the mist hanging over a sleepy town, the weather, a moody lover changing allegiance every minute.

To the credit of Anjan Dutt and his cinematographer Ramyadip Saha, Darjeeling becomes a character, playing hide and seek with the truth, in this absorbing murder mystery.

Tony (Anjan Dutt) is a former superstar in Bengali cinema - his credits, as he boasts, include Roman Polanski, Roland Joffe and Satyajit Ray - who now leads a laidback existence in Darjeeling. Gregarious and a trifle overbearing he invites the crème de la crème of Darjeeling society to celebrate his sixty-sixth birthday - schoolteacher Sheela Bose (Anindita Bose), Dr Neema Pradhan (Sandipta Sen), a filmmaker, Bijoy Mukherjee (Sourav Chakraborty), an ex-footballer, Bob Das (Suprobhat Das), who runs an orphanage, DSP Subhankar Banerjee (Rajdeep Gupta) and author Ranjan Ganguly (Rajat Ganguly) who writes murder mysteries. Tony’s exuberance takes a beating on his morning walk when he finds a chit of paper with the words ‘You will be punished for your crime’ stuffed in his pockets. 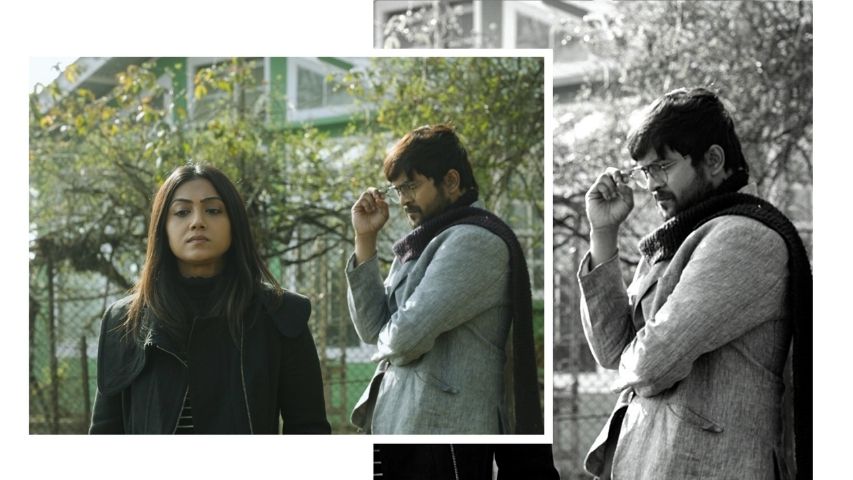 At the party, Tony conjures a game telling his guests that he might have spiked the drinks and asking them to guess who he has in mind to murder that evening. Taken aback, and obviously disconcerted, the guests nevertheless go along, humoring him, trying to reason who could be the victim and why. But as things turn out, by the time the evening draws to a close, it is Tony who is dead - apparently of a heart attack. But young journalist Amitabha Banerjee (Arjun Chakravarty), invited to the party by Sheela with whom he is in an affair, smells a rat and starts investigating the death - a process that leads him to a thirty-year-old scandal involving Tony. As long-buried skeletons tumble out, the stage is set for an engrossing mystery, complete with that climactic trope of detective novels where all the suspects come together and the mystery is unravelled.

Unlike many mystery series on OTT platforms that run out of steam by the third episode, Murder in the Hills holds interest right through. Much of that owes itself to the writing. The filmmakers are smart enough to keep introducing a new element to Amitabha’s investigation, and a fresh turn to his interactions with the suspects in each episode, so that, like Amitabha himself, the viewer too is kept guessing. The script seldom meanders and the director keeps juggling between the past and the present expertly. And since the script is sure of itself, there’s none of the gimmicky effects and violence that OTT series are notorious for. Its leisurely pace - it often felt like what reading detective fiction did during my school summer vacations - offers a welcome contrast to the web of lies and deceptions the narrative is full of. The script also incorporates some telling comments on the realty menace that has changed the topography of this queen of the hills as also makes a potent point about the media’s obsession with scandals and gossip at a time when the hills are on fire with festering social and political issues. 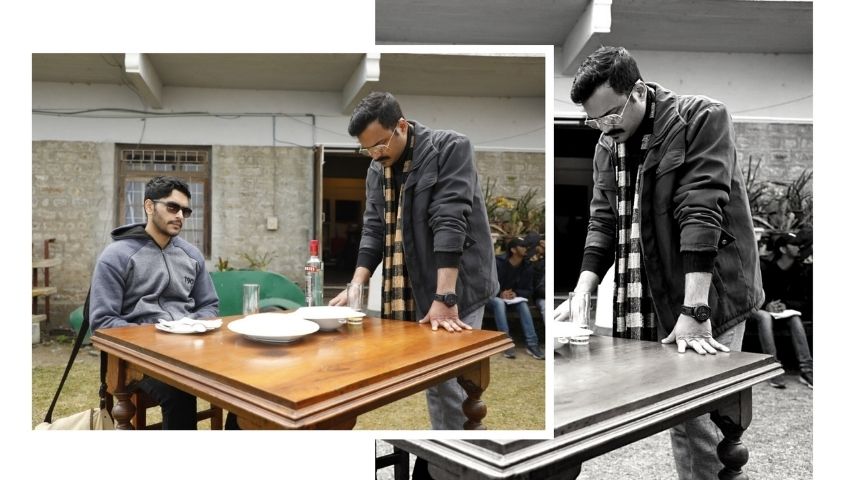 What adds to the writing are the performances. Arjun Chakraborty is a natural and lends his conscientious journalist with a past, a jail term for a botched sting operation, grace and dignity. As always, it is his understatement that scores. Suprobhat Das acquits himself well and as a viewer you are torn between suspecting him and sympathizing with his frailties. The others are as good if not better and keep the narrative ticking - this is an ensemble in very good form.

The icing on the cake is the cinematography, capturing the hill station lovingly. Much of the action is shot outdoors and that adds immensely to the viewing pleasure. The camera caresses the topography of Darjeeling - the mall road, its thronging crowds, the bars and restaurants, the distant hills, the colonial houses, the walls splashed with posters of Bob Marley and Bob Dylan - giving the film an atmospheric, moody texture. Neel Dutt’s understated background score and a couple of groovy numbers add to the overall effect. A special shout-out to the brilliantly designed opening credit sequence.

For lovers of detective fiction, in particular Agatha Christie, the denouement may not come as a surprise. But it’s the process the filmmakers take to reach there that makes Murder in the Hills work. It may not be your edge-of-the-seat thriller, but it sure is a most satisfying watch.