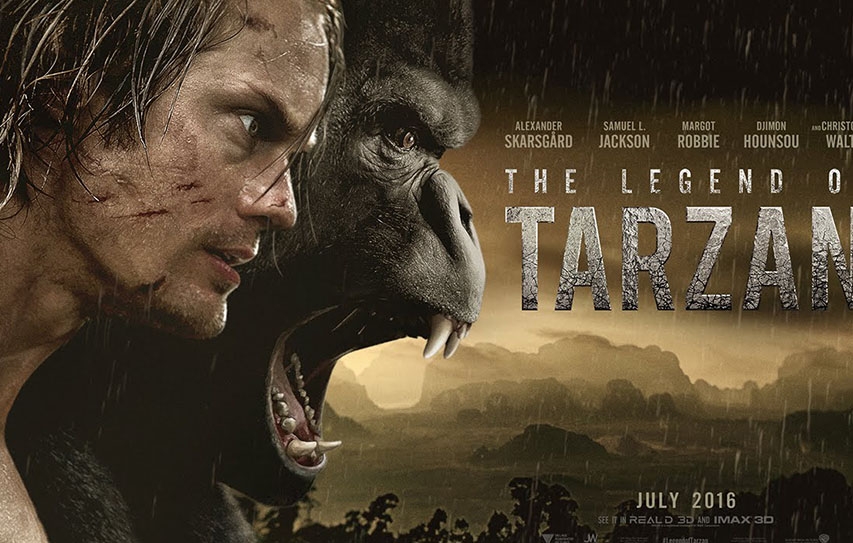 Following in the footsteps of The Jungle Book, The Legend of Tarzan takes a beloved childhood classic and gives it a grittier spin. It is 1889. Congo is a colonised nation. King Leopold of Belgium made a hefty profit on the available minerals and resources. A sequence shows a train carrying elephant tusks, so many of them. The local tribes were treated as cheap and dispensable labour.

However, the king is greatly in debt and sends his envoy Léon Rom (Christoph Waltz) to source the legendary Opar diamonds. Tribal chief Mboga (Djimon Hounsou), who is in possession of the diamonds, is willing to part with them in exchange for Tarzan (Alexander Skarsgård). The vendetta between them is later explained.

The ape-man in question has given up his tree-swinging ways to settle down as John Clayton III or Lord Greystoke as the elites regard him. He has been invited to head an expedition to the Congo, essentially as a pawn in a PR move to show the "son of Africa's" approval of the king's regime. The man from the jungle does not bite. It takes convincing from George Washington Williams (Samuel L Jackson, playing a fictionalised version of the historical character) for Tarzan to agree, since George is on a secret mission to document the racism and the excesses perpetrated against the local tribes. They embark on this mission in secret, though Rom is pleased to have Tarzan exactly where he wants him to be.

Rom oversteps a very important line when he massacres members of the Kuba tribe. He makes it worse by abducting some of the locals and Jane. Tarzan, who had kept himself restrained beneath the respectability of his title, sets on a warpath to avenge the wrongdoings.

The Legend of Tarzan is exquisitely shot, with great animal CGI and production design, being as at home in the jungles as in the interiors, much like the hero. It begins on a clunky start while establishing our leading man and his family life with Jane. Especially the latter, in the initial scenes of their interaction, where Jane insists on joining her husband's dangerous expedition with cloying enthusiasm which he promptly sobers with a reference to her miscarriage. But joins she does, in clothing which seems most inappropriate for a walk on the wild side.he cutaways to the flashback scenes of Tarzan's childhood work very well in the narrative even if it gives the feeling that the film is the sequel to the origin story that never got released. Perhaps repackaging Tarzan's beginnings works better in the story which also serves as a larger commentary regarding humankind's relationship with nature and among themselves. 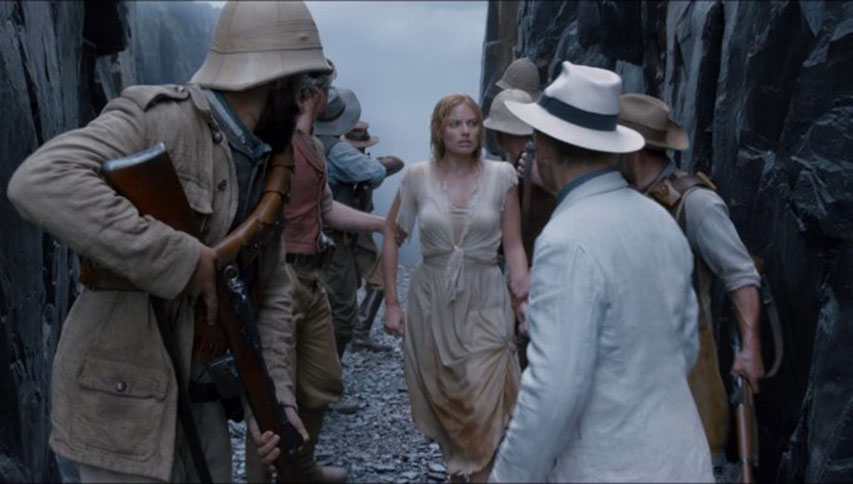 Alexander Skarsgård does the best he can in the limitations his characterisation brings. He certainly looks the best he could have for the part. It is the inclusion of Samuel L Jackson, which is fascinating. He strides across the scene with the attitude straight out of a Tarantino movie, yet serves as a comic relief for the most part. Margot Robbie makes for a beautiful Jane with some sass, when she refuses to be a damsel in distress. Sadly, the script relegates her to being just that. This leaves Christoph Waltz with all the menace and little punch in dialogue.