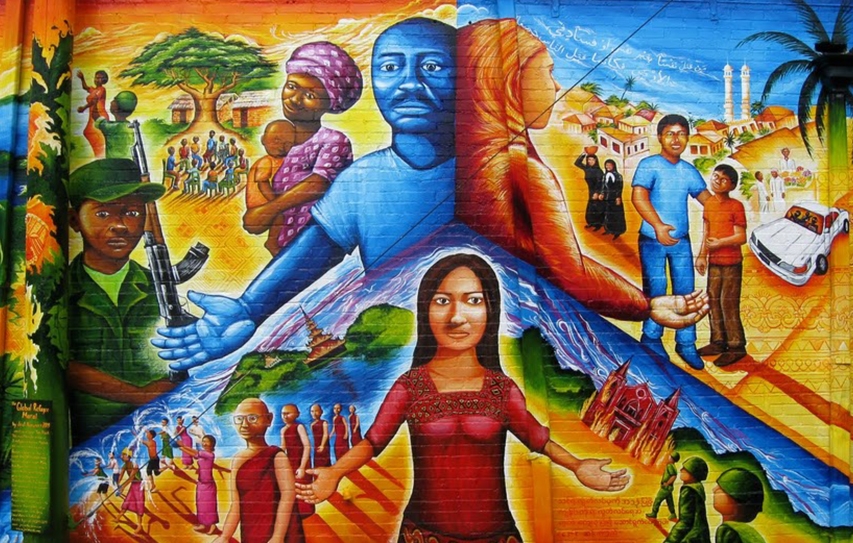 The 19th edition of CFSI’s festival turned out to be a veritable carnival, a feast of colourful sights and sounds.
Had I not gone, I would have missed the robust experience that boosted my sagging spirit. Worse, I would have missed a real life Madhumati who emerged out of the blue at the book event. Add to it, the incredible delight of meeting a namesake – an English teacher named Rinku Bhattacharya from distant Shillong!

What a stroke of luck all this was.

AI’s flight 617 carrying me to attend the 19th edition of the CFSI festival was inordinately late. I landed when the screenings at Prasad Inox were over for the day. The kind Mr.Prasad, in charge of airport duty, had been on sms with me, reassuring that I would be received on arrival. He was as good as his word. His tenacity and sense of duty came to light when he located a Japanese film maker who had arrived by some unhappy mistake from Abu Dhabi by an Etihad flight- almost got lost in transit

“I know the Etihad people, so I could find him – but it took two hours and a lot of phone calls” he said with modest pride escorting the silent Japanese director and me into a waiting Innova towards the Park Hotel, our official destination. Mr.Prasad further enlightened me that we were all honoured guests of the Telangana Govt.

“You only hear of arrivals, no departures!” Prasad joked in his quaint Andhra accent, meaning, we were such welcome guests that no one rushed us to leave, check out time was waived for the festival guests. Unheard of in this day and age when hotels follow rigid rules of check in/check out. Most hotels almost behave, as the Japanese do, that guests stink like rotten fish on day three. I was to experience the legendary Telegana hospitality first hand. I happened to casually mention to Mr. Prasad that I had to stay back for one night extra for my book event: “Oh yes Madam. No problem. Stay longer!” I heard him chuckle to my great relief.

Arriving at the Park I was swept away by a rush of children in the lobby. Kids of all ages, shapes, colours, languages, and religions, from Assam to Jammu Kashmir to Tamil Nadu to Lonavala to neighbouring Telangana town.

“We expected 230 children but there are about four hundred” explained Prasad, ushering me into the Park Lobby. The smiling CFSI desk staff helped me with information.

Day one was a total waste for me, except to make local contacts, exchange pleasantries and unexpectedly meet Gabrielle serving on one of the CFSI Jury for the Golden Elephant. She was sitting at the Park coffee shop with Satish Kaushik and others. I had been, in fact, concerned about my Paris friend who was to fly out on the very day of the Paris bombing.

“It was very close to my home in Paris, the bombing!” Gabrielle exclaimed while we hugged one another.​

At breakfast the next day, the dining hall was a ground swell of school kids. I took my breakfast and sat at the only table. Two teenaged girls joined me. In no time we got chatting. Rishika & Raman were both from Haryana, attending the festival as delegates. I was amazed at their serious interest in cinema. Intelligence shone through their eyes. Rishika hopes to organize film workshops in Rohtak. I offered help and support to the best of my capacity to encourage a healthy interest in cinema.

It was the same with other groups of children. The Park atmosphere was charged with warmth and jubilation. The children were uniformly friendly, warm, positive and eagerly reached out, making a great impression on me. After the festival, these school students will go back enriched from watching the world cinema repertory. The most beneficial result is the fostering of friendship with kids from other states. CFSI has been contributing to encourage a deep sense of national integration. The current mood of intolerance, of rage and mindless mayhem sweeping India can be mercifully defeated by the optimism of youth. I remember two pertinent lines by composer/poet Salil Chowdhuri written at the time of the country’s Partition, that still hold true. Here is my own roughly translated version of the superb lines:

On the personal front, between my sister Aparajita and the dynamic Suresh Chandrasekhar of Secundrabad Club – I managed a quiet book event. The book in question was my last release: a Rupa title: Bimal Roy’s Madhumati- Untold Stories From behind the Scenes
Walking through the fading light, passing the avenue of tall trees towards the Banquet Hall for our event, I almost felt the club building could have been an ideal setting for villain Ugranarayan’s kothi! Every nook and cranny of the Victorian building must be housing some invisible spooky resident.

The attendance at the reading was thin – hardly 40 persons – thin but significant. In the audience I met gentleman who had seen MADHUMATI only 30 times! Most knew the story by heart. When my friend Tutun Mukherjee, who graciously obliged to conduct the Q & A, insisted we play the phenomenally popular music track, the entire audience burst into Dil Tadap Tadap Ke or Aaja Re ; so much for my father’s renowned ghost story. But the icing of the pleasant event came when Suresh Chandrasekhar got up to make an unexpected announcement. A twinkle was visible in his eyes!

“I have my own untold story to share: Meet my wife Madhu…” at this point, a charming woman stood up. “ Madhu’s parents were so taken up with the film that they desperately waited for a girl child – just to name her Madhumati! Here she is”. Applause!

The perfect finale to this travel tale.