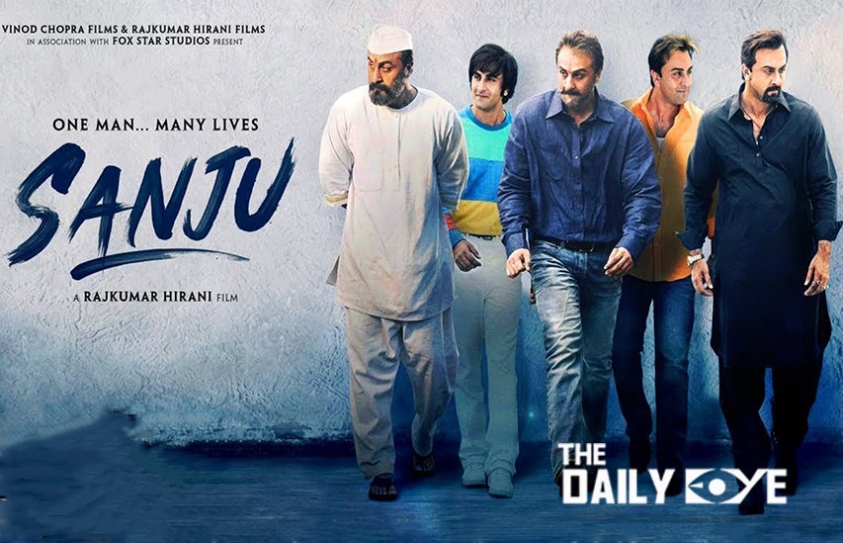 One Side of a Story

Sanju is a film about the up's and downs in the life of the infamous actor and alleged terrorist Sanjay Dutt, who is played by Ranbir Kapoor. The film is marketed as a sort of biography which it is in every right, but at its core it is about an emotional struggle between a father and his son. Rajkumar Hirani (Director) is known for making films that have a social leaning towards them and this one is nothing short. Although this lean will surely piss off a few people. On the bright side, the performances and narrative structure will make you like this movie and hopefully love it.

Sonam Kapoor, Dia Mirza, Paresh Rawal, Vicky Kaushal, Anushka Sharma and others join Ranbir Kapoor in this fun adventure. At least most part of it seems so. Other times it is dark and dreary but thankfully Ranbir is a complete show-stealer and his performance makes up for most it. He not only donned the shoes of Sanjay Dutt convincingly but also put forth a brilliant performance. Most of the film revolves around his relationship with his rigid and iron-willed father played by Paresh Rawal. The film also tackles Sanju’s relationship with his friend played by Vicky Kaushal and that’s actually the most fun and likeable part of the movie. Their friendship seemed unapologetically real. Kaushal is really proving himself to be an acting maestro. All the other characters were good too but Ranbir, Rawal and Kaushal gave this story heart. 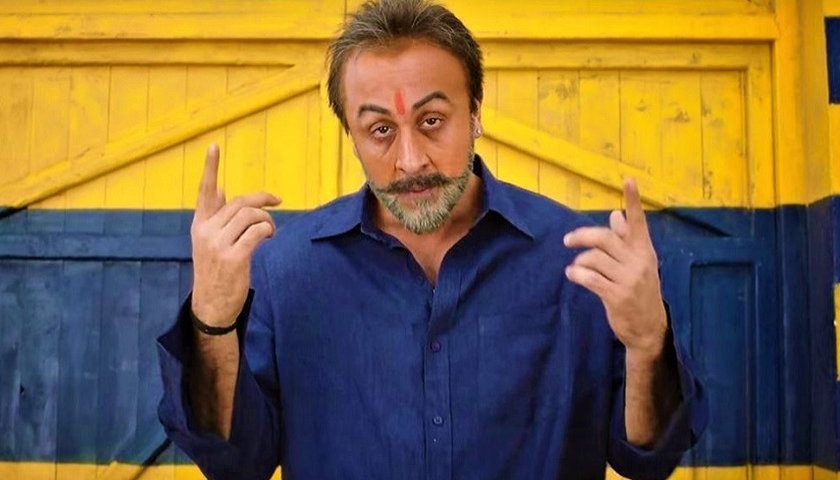 Despite the obvious jumping back and forth expositional and biographical storytelling, we get an underlining recurring theme of hope and rehabilitation in the first half and, wait for it, hatred towards the media in the second. Yes, surprisingly Hirani chooses to take on fake and misleading media stories and ‘masala news’ but I think he went a little too far. I mean the end of the film literally has the real Sanjay Dutt and Ranbir tearing newspapers. I understand the storytelling in this movie is a matter of perspective and Dutt actually faced a number of phony news stories, but really dissing the media is something else, bold if I may. Nevertheless, hats off to the director for sticking to his guns and trying to inform people that whatever they read in the papers are not always true. Sometimes stories are fabricated and adulterated with half and confusing truths. This is probably the first Bollywood movie that portrays the highs and lows of drugs pretty accurately. 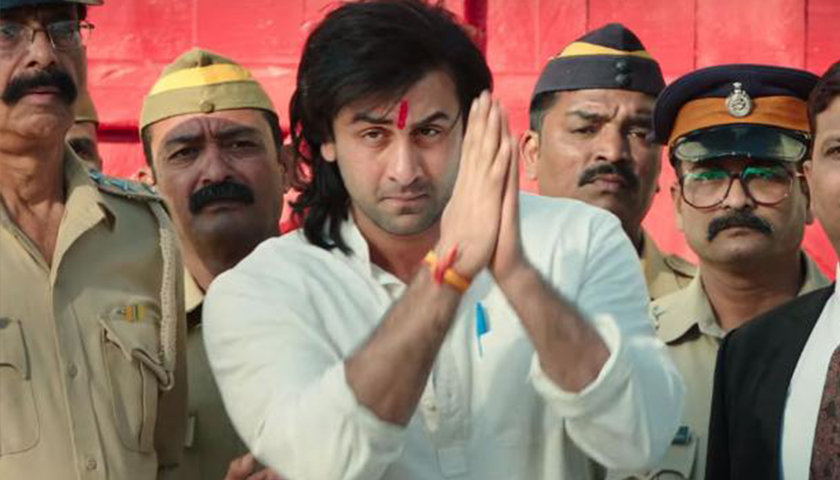 Overall, this movie is a hit in my mind. I love Ranbir, Rawal and Kaushal’s performances. They elevate this movie to new heights. Hirani got a lot of things right but I think his social message was a tad bit preachy. Nonetheless, I had fun and there were a few moments that got me little teary eyed and a few moments that got me feeling hopeful. It’s also especially nice to see Bollywood minimise the use of unnecessary songs and

excessively dramatized scenes. This isn’t a movie to go gaga over, but its neither one to turn a blind eye too.