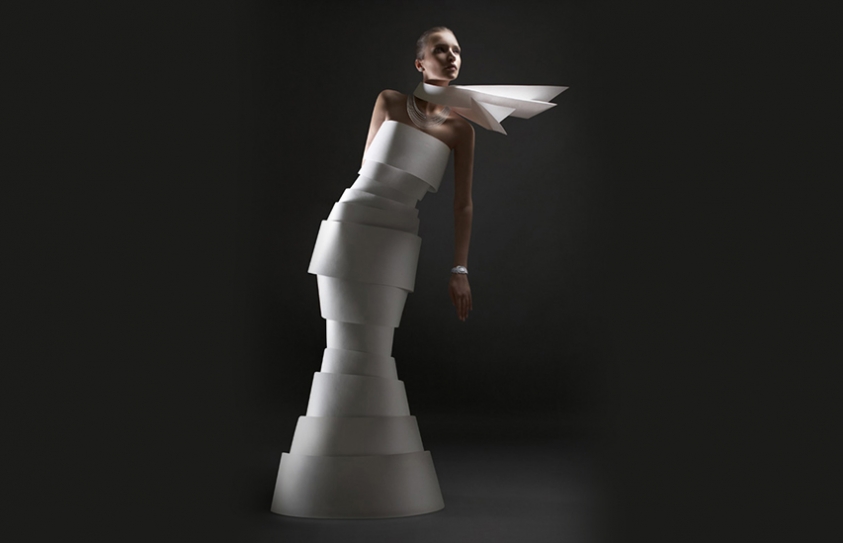 FASHION versus COSTUME- THE DANCE OF THE DEVILS

Who can forget Audrey Hepburn in Breakfast at Tiffany’s in all her fashion glory or more recently Meryl Streep in Devil Wears Prada as she set trends on how fashionable women should dress at work. There is no denying that costume in cinema impacts the way we aspire to see ourselves much more effectively than many a ramp walk can, especially given the marvels of modern technology and digital mania, 3D included.

If Hollywood has been successful at creating fashion trends, then Bollywood is no back bencher! From the advent of cinema in India in 1913, Nadia Hunterwali made it clear that its only women in pants that call the shots. The famed yesteryear heroine, Devika Rani, in the 1940’s was the arbiter of all things fashionable for women on the Indian subcontinent till she reigned supreme. Women could not stop aping the famous “Sadhana fringe cut” after the Indian actress of the same name sported it in hit after hit in the 60’s. Dimple Kapadia put miniskirts on the fashion map, making male testosterone levels reach a new high as she cavorted with Rishi Kapoor to “Hum Tum Ek Kamre Mein Bandh Ho” in the famous Raj Kapoor 70’s love story , “Bobby”!

However, all said and done, is costume really fashion? Can an ensemble or look created to make an actor look his /her character be defined as fashion ?

The litmus test for the popularity of cinema is its absorption into popular culture. If cinema is a reflection of our realities can fashion be its outcome? Or does it work the other way? Many a questions answered reveals that it is neither. Both fashion and costume are constantly engaged in a strange, incestuous dance where both, the dancers and the dance, only serve to heighten the aesthetic realities and perceptions of the other.

My recent experience while creating costumes for an underproduction film based in India in the 70’s and 80’s made me delve into an era of high waisted bellbottoms , A-line dresses , miniskirts and the like. “Should i recreate it as it was then or do i give the costumes a fashionable twist?” This truly is the dilemma for every “fashion designer” as he/she dons the mantle of “costume design”!

So, yes, it’s true! The two, fashion and costume are actually two separate entities, much like fraternal twins joined at the hip!! And when one decides to masquerade as the other, the effects are evident. No wonder, Bob Mackie’s forays into fashion speak of the theatrics and high drama of cinema much like our Manish Malhotra and Neeta Lulla’s couture, ( without meaning any offence to their unquestionable talent as designers) both being essentially bollywood costume designers whose creations on the ramp are much awaited by all. For fashion designers like me who cross over into costume at times, the urge to bring in the fashion element has to be treated with caution and restraint and relooked and evaluated under the aegis of cinematic licence and authenticity of costume. Say, a Sabyasachi in Sanjay Leela Bhansali’s award winning “Black”, based loosely on the life of the visually disabled Helen Keller, was a complete costume success!! This speaks of the designers’ versatility and his ability to transcend the shackles of fashion without losing his aesthetics of design thereby helping the director create an unforgettable canvas on the screen.

True to say that fashion fuels human vanity and its obsession with an ageless body keeps us coveting more of it, however it also mirrors our need for functional clothing that reflects who we are today. Somewhere in the stratosphere of cosmic truth it firmly places us in a time and space slot that dates us forever. Costume when “period” accesses this space. Ultimately what happens on the silver screen that turns actors into idols, making them the object of every other man /womans desire, and affects how we dress, look, speak, move and behave is a symbiotic fusion of costume and fashion which reinterprets the fabric of populist culture in its fervent need to evolve, change and defy definition and create what we call ‘the magic of the movies”!!