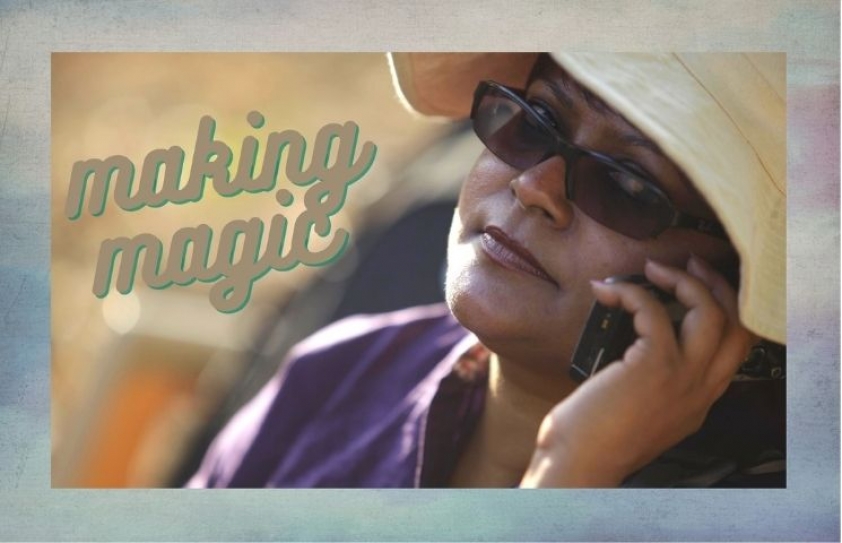 Vinta Nanda time travels with Nilakshi Sengupta, the author of the book series, TINA AND HER MAGIC KETTLE

Nilakshi Sengupta is a filmmaker by profession and a dreamer by passion. Her book series TINA AND HER MAGIC KETTLE is her escape route to various worlds of adventure - to different time zones, to different lands, away from the mundane realms of the here and now.

She wears multiple hats and having known her for years uncountable, she springs surprise upon surprise upon me every time that we connect and talk. With her vast experience in advertising, filmmaking, writing, media and teaching - she’s one woman I know who walks alone - leaving behind her life after life of many others she’s shaped, molded, discovered and enabled creatively.

In a nutshell, before I leave you to hear her speak about herself in her own words, she’s a perfectionist whom I call a ‘magic-woman’. Here below I reproduce a short conversation that I had with Nilakshi, followed by two short excerpts from her book series and a link to where you can go and get her unbelievably simple and magical work. 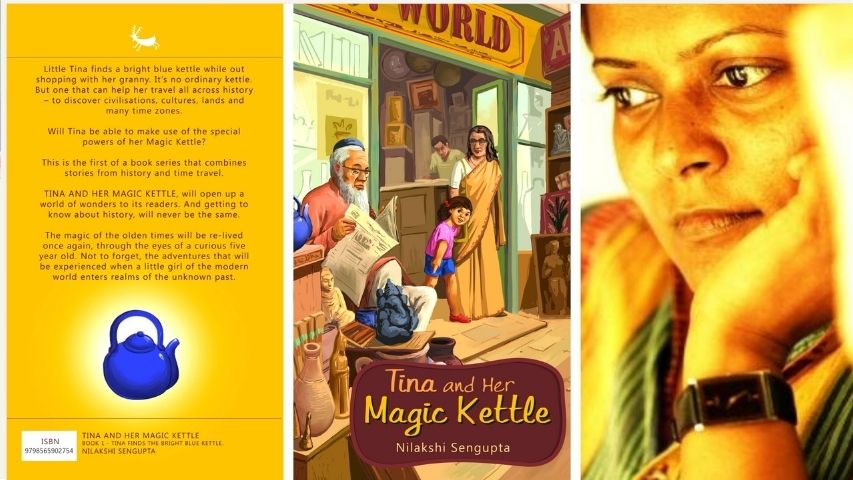 Who is Tina and how has she taken evolution in your mind as a character?

It's the childhood I would have enjoyed. Currently this is a space I go to run away from the humdrum of a grownup world. To me, she is a curious young lady who has unlimited courage and an adventurous spirit. She definitely has a mind of her own and is filled with the joy of discovery.

Why did you feel compelled to write this book series?

I used to dislike studying history while growing up. It just seemed like facts and figures that had no immediate bearing on my life then. But now that I read history again, I find it a lot more interesting. And that triggered the thought of creating TINA and helping her to visit moments in history and maybe, thus, make the subject a little more fun for the young readers of today. This is the first book of the series. And I intend to cover the history syllabus, going ahead. And translate them in multiple Indian languages for easy reading. Marathi is all ready for release. And Gujarati is work in progress.

You're a filmmaker, a media consultant, a writer, activist and so many things - how do you juggle roles and balance everything out?

Some of the hats you mention above are not too applicable anymore. Instead new hats have taken over. I won't call myself a media consultant. I stopped my PR and Events wing way back in 2006/7. I am hardly an activist. A huge responsibility comes with that word. I don't think I have paid enough allegiance to the word, to own it as my own, yet - maybe someday, soon?

I am instead - A filmmaker who has directed and produced some 300 plus films for various corporations across industries - healthcare, hospitality, travel and tourism, agriculture - made advertising films, short format TV (mostly English), documentaries, and a few short films. I am a writer. I write scripts; both non-fiction and fiction, advertising, documentary, etc. I have a podcast - Just One Question - where I ask actors, technicians from the world of entertainment and art about their inspiration, work and life, and now, this book series in multiple languages. I am also a teacher. Have been teaching filmmaking since 1997 (XIC, MET, AMITY, DONBOSCO, RABINDRA BHARATI, PDPU, Whistling Woods). 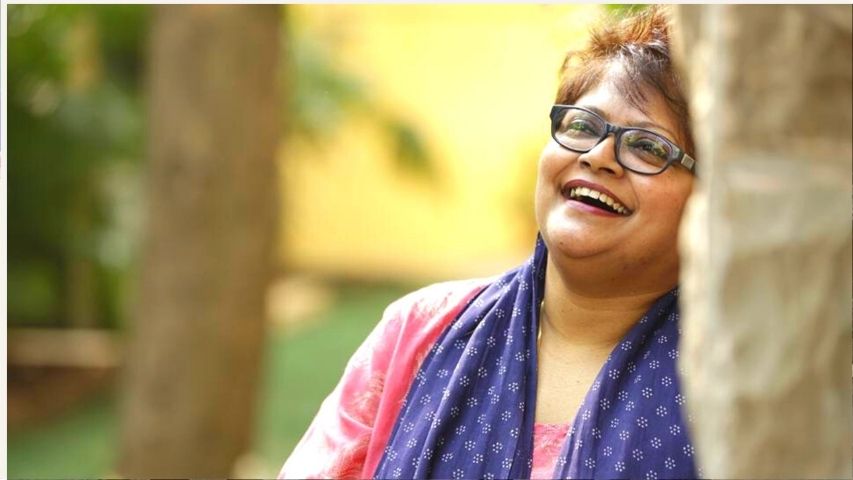 I have curated International film festivals, I am an avid reader, I try to watch one movie a day, I have backpacked alone, globally, I am a crazy tech geek, I love creating audio books, I have yet to start painting, that's next on the pipeline. But most importantly, I am an idea spinner with a strong base in execution and planning - as far as entertainment and the audiovisual medium is concerned. Uff, too many "I"s there! But there was no other way to answer the question.

As far juggling all the above is concerned it's not that difficult. I thrive on variety and am extremely curious by nature. I need to do different things in order to breathe. What has helped me fit everything though is a hawk like focus and zero interest in gossip. The older I am getting, the more focused life is becoming. Have wasted way too much time while growing up.

I have known you for so long that I cannot even remember when we first met. But the readers here would like to know you so do tell your journey in this city as a professional and where it started from, up until now.

My journey in this city started in 1994 as a postproduction executive in the production house Whitelight Moving Pictures. Then there were a few ad agency stints, longest being in Lowe Lintas - until 1999. In 2000 I went solo as a producer-director. Added PR, Events wings to my company. My biggest success story in PR was Moshe, Athena etc.

But Film was my first love, so in 2005, every other department was shut down. You have all other information since then, with the answer of the last question of yours that I’ve answered in detail. In between I have taken time off to study in Mashav in Israel, London film school, Sundance. I have travelled extensively to film festivals in Cannes, at MIPCOM, at AFM. Have been blessed to have worked with many talented technicians in India and internationally. And I keep dreaming every day, hungry to learn, do and create more.

Lastly, how did the last nine months of lockdown and semi-lockdown fare with you? How did you continue working and also cope with having to stay in for days, weeks and months?

It was rather simple actually. I enjoy my own company and am a loner by nature. So I didn't really miss much. And as I kept working creating new ideas, concepts. I actually enjoyed the quietness of the lockdown. I had planned well at the beginning with food grains, basic necessities, so that was fine. Had completed a bunch of work before the lockdown, so payments, though slow, kept coming in from the clients and that helped pay salaries to the team. The only difficulty was cleaning the house maybe. But we humans get used to everything. And I adapt very quickly. Living alone in this city for years had already trained me. Plus there were books and films as company. What more does one need? I’m extremely grateful that the Internet worked. Wish I had gone bald though. It was such a perfect opportunity. 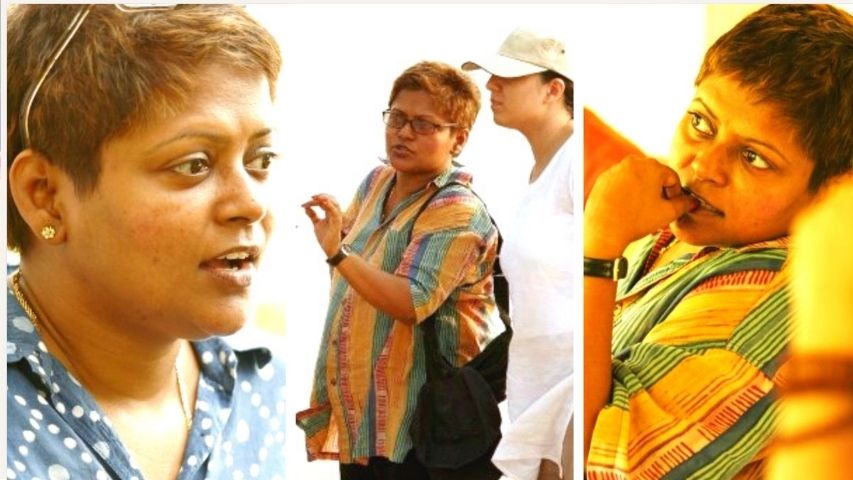 Excerpt 1: A piece from Chapter 2

Tina was enjoying her drive back home. They crossed Kala Ghoda and when they took the back road that crossed the Asiatic society, Granny stopped her call for a minute and told Tina, “Look at your right Tintin - that is the Asiatic Society of Mumbai also known as the Town Hall. Look at it well. I will tell you the story about this place tonight. See the pillars and structures, and the steps. How many pillars do you see? Count them.” Baldev chacha slowed down the car a bit and pulled up across the street for little Tina to count. She started – “1, 2, 3, 4…..8. 8 pillars granny, there are 8 of them” she squealed in glee.

Excerpt 2: A piece from Chapter 5

Meera aunty realised that little Tina’s mind was preoccupied. So she suggested that instead of giving her a music lesson, today she would tell her the story of a great musician of India called Tansen…..“Tansen was a singer in the court of a king called Raja Ramachandra Singh. This kingdom is called Rewa… And when Emperor Akbar heard of his singing, he invited him to join his court and made him one of his Navratna – the nine jewels.” Tina loved stories and this sounded like a very interesting one. She asked Meera aunty- “who is Emperor Akbar and where did he hear Tansen sing - on YouTube or on TV?”

Here is a link to the book on Amazon: TINA AND HER MAGIC KETTLE