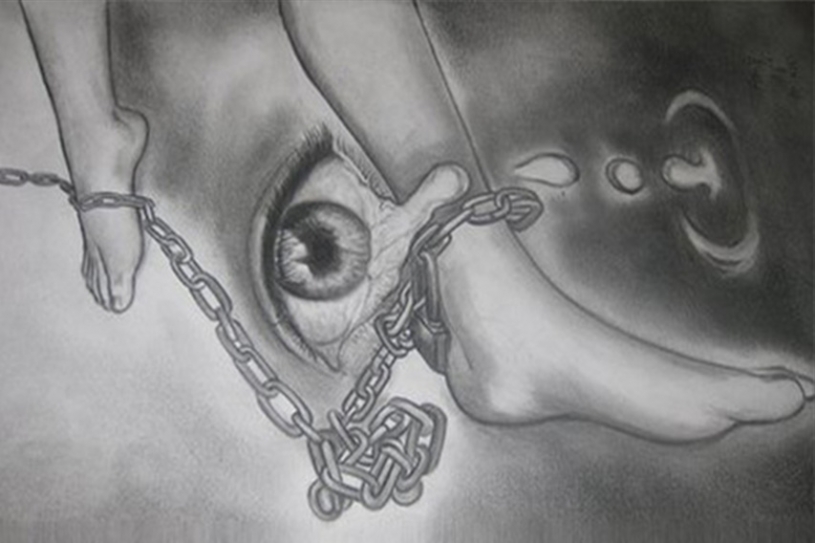 THE RITE OF PASSAGE

“Man is born free but everywhere he is in chains” quoted Jean Jacques Rousseau, the famous French philosopher. The history of mankind has been the history of evolution of his place in society,increasingly incorporated in laws. From Babylonian stone tablets to the latest laws available on the internet, the journey has been long. Most are literally set in stone and have remained universal. The human race has always been enmeshed in rights, whether granted or denied, but always concurrent with his existence. Many others evolve with time. “Law is not a fossil but a constantly evolving concept” observed the Supreme Court of India. And at the threshold of every era, humans stand at the threshold identifying the rites of passage before rising into the next step. From the bassinet to the casket,   the legal rights and obligations of humans remain an inescapable part of life. This pitcher is lowered into the well time after time.

While wisdom rides on the ruins of folly, every passing generation learns  the dictum ‘Better under the beard of the old man than the whip of the young’. Whether it is the current ban on beef or the proposed legislation of allowing maintenance rights to the ‘other woman’ under the stringent provisions of Sec.125 Cr.P.C, public outcry has drowned the new law with overwhelming dissent. The echoes of the prior issue are pending before the Bombay High Court, awaiting finality. The beefeaters remain in suspended hope for their culinary preference. The ‘other woman’ now understands from the Anita Advani case, claiming residence at Rajesh Khanna’s home, that she cannot equal the status of a legally wedded wife to stake the same claims as the spouse. Law remains the shield and the sword for protection against injury to the wronged. But in some instances itselfbecomes the subject of judicial scrutiny, whether it legally ought to remain in the statute book at all.

The public eyes have remained fixated at the ongoing trial of Salman Khan’s culpability.  Rights of the driver pleading innocence, and the injured and deceased seeking punishment. It has to be seen whether the devil makes his Christmas pies of lawyer’s tongues and clerk’s fingers. Yet the worst punishment of all is that in the court of one’s own conscience, no guilty man is acquitted.

Some opine that we have laws in this life, but justice in the next. The rite of passage to the next deed must cross the threshold of law and human rights in the law book. The Constitution is the fountainhead of all laws with any violation of its tenets being struck down. The remaining maze of rights encompass the varied laws in broad realms flowing through the banks of the civil and criminal.  While civil laws set right the wrongs and restore or protect the rights of the aggrieved, the criminal laws punish the wrongdoing. With advancing times our democracy has witnessed the rights of animals, environment, ancient treasures and the growing continuum of advancing frontiers of many topics that call for protection. Getting the beef off the plate is an affirmation of the trend. Protecting the jarawa tribals from pandering to the lustful eyes of tourists photographing the semi clad innocents was a wrong corrected. Protecting terrorist Ajmal Kasab from the noose by providing him with free legal aid was as affirmation of our Rule of law, to punish only after due process of law.Prohibiting traffic within the radius of Taj Mahal under environment law has protected our revered monument from the onslaught of pollution and Mayawati’s commercial ambitions.

From the cradle to the grave, the labyrinth of rights follow the individual. Starting with the right to be born after 20 weeks gestation. The Right to Education protecting the children, along with Acts prohibiting their employment. A welcome step has been the proposed amendment to deny those above 16 years commiting heinous crimes, the protection of juvenile laws. While the powerful Sec.498A of the penal Code protects women, its misuse has mandated stringent police investigation before arrest. Matrimonial and property laws continue to accommodate the fallibility of marriage, with mutual consent divorce forming uniformity, applying to Hindus, Parsis and Christians. Why 2 years separation for the Christians before mutual divorce,as opposed to 1 year for other communities is under challenge before Supreme Court. And finally, the bequests of one’s precious accumulations through a Will marks the last rite of passage to the next life. Even disposal of the human elements are governed by Municipal laws. It is the legal fraternity that forms the Captain’s role in the ship of life. Upto death and beyond, till all debts and dust are settled.

“Why are leeches better than lawyers?”asked the maggot of another.

“At least they drop off when a person dies!”