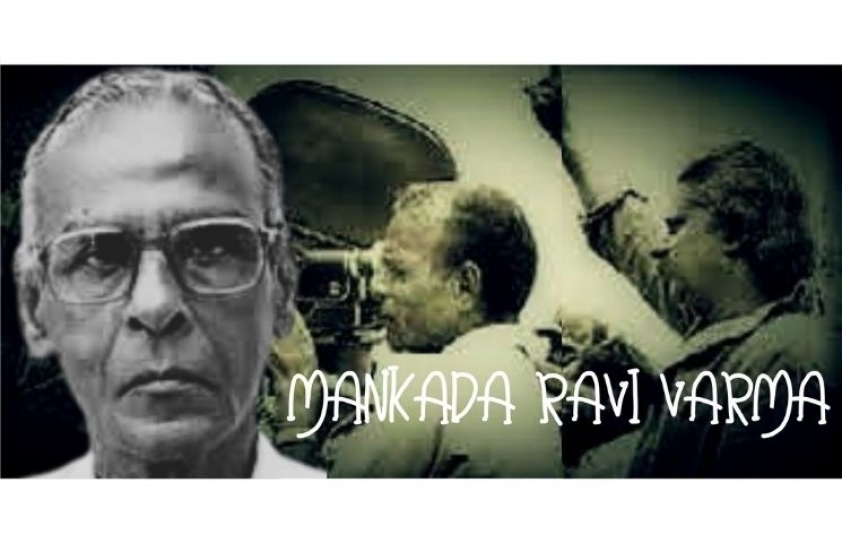 Kerala Varma talks about the magic in the work of the low profile cinematographer of Adoor whose work made the layman sit up and notice the camera!

I first heard of Malayalam cinematographer Mankada Ravi Varma (1926-2010) in 1970, when I was a pre-degree student in Devagiri College, Kozhikode. His work in P N Menon’s “Olavum Theeravum” was noticeably innovative in the use of the camera. We were in our mid-teens when we would normally observe the actors, songs and, at best, the director’s work in a movie. For the first time, we discussed the film in terms of its cinematographic excellence. Such was the magic of his work that he made the layman sit up and notice the camera!

A product of the Institute of Film Technology, Chennai - established in 1945 as Adyar Film Institute, he worked for the Films Division of the Ministry of Information and Broadcasting, Government of India, before turning a cinematographer for feature films in 1967. Olavum Theeravum was his second film, which gave him an opportunity to redefine cinematography in Malayalam by shooting entirely outdoors in natural locations without using a studio set at all. He had this to say about his experiment, "My earlier experience of having shot documentaries in adverse light conditions helped me in shooting this feature film by accommodating all the tones available in black-and-white. Normally a cinematographer would stop shooting in poor light. But I used it to my advantage. We exploited the available light. The framing and composition of the scenes were different from other feature films."

When I came back to Kozhikode in 1974, he had already been hailed as one of the finest cinematographers in India, having won both the National and the State awards for Adoor’s Swayamvaram, State award for Aravindan’s Uttarayanam - Kozhikode’s own movie, and wide-spread acclaim for his work in Singeetam Srinivasa Rao’s Dikkatra Parvati - a Tamil film based on a story by C Rajagopalachari, the last Governor-General of India in 1948-50.

It was after I married his niece Chitra and during our stay in Chennai (then Madras) during 1985-89 that I came to know him as a person. We used to visit him often at his residence. He would not talk much about movies but his occasional foray into the topic would always be exhaustive and insightful. He would often drop in at our house at Sastrinagar/Besantnagar, mainly to play with our children, whom he was very fond of. He would always travel on foot or by bus. He was a bachelor, vegetarian and a teetotaler. Devoid of filmy glamour or pretension, he led a frugal life. He was so principled in his work that he refused to be a part of the so-called commercial cinema. 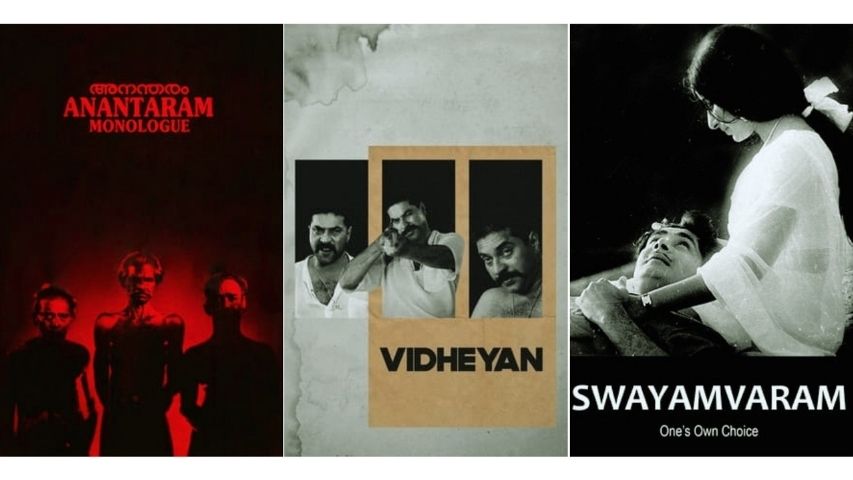 In early 1986 he invited us to a preview of Nokkukuthi, directed and photographed by him, based on a poem by M Govindan. “A poem in celluloid” may have become a cliché, but Nokkukuthi was genuinely one. The movie was lyrical not only because of the entire dialogue being in poetry and the continuous flow of haunting music, which kept our less-than-a-year old son engrossed in the movie without a moment of crankiness, but also because of the harmony achieved in blending stylized acting and understated emotions with lyrical photography and musical dialogues - not to mention the enchanting screenplay by Govindan and the abundant use of sopana-sangeetam.

In 1987 he invited us to a festival of Adoor’s movies - Swayamvaram, Kotiyettam, Elipattayam, Mukhamukham and Anantharam, all shot by him, which was held at the Anand theatre, Chennai. He himself accompanied us on most of the days; such was his simplicity. On the 8th of October 2007, Mr. M A Baby, the Minister of Education and Culture came to the Mahalingapuram (Chennai) residence of 81-year-old Mankada Ravi Varma to present him with the J C Daniel Award for Lifetime Achievement in Malayalam cinema.

After his last film as a cinematographer in 2002, Nizhalkuthu, by Adoor Gopalakrishnan, he was living with his younger sister in Chennai in the winter of his life. J C Daniel Award of the Kerala Government is to Malayalam cinema what Dadasaheb Phalke Award is to Indian cinema. The minister described him as മലയാളം സിനിമയുടെ കാഴ്ചതമ്പുരാൻ (Malayala Cinemayude Kazhcha Thampuran), which can be loosely translated as ‘The Duke of the Visual in Malayalam Cinema’.

Mankada Ravi Varma was noted for being uncompromising in the quality of the films he worked on. He did 15 films, including his first feature film, Aval, in Malayalam in 1967, directed by FTII alumnus Aziz, his first commercial success Olavum Theeravum in 1970, created by P N Menon - M T Vasudevan Nair team, the first 9 films of Adoor Goplakrishnan from 1971 to 2002, his only Tamil film Dikkatra Parvathi in 1973 directed by Singeetam Srinivasa Rao, G Aravindan's first film Uttarayanam in 1974, his directorial debut Nokkukutthi in 1984 and Kunjikoonan, his second film as director in 1989.

His partnership with Adoor Gopalakrishnan is too well known to need a recounting now. He collaborated with him in five documentaries. Documentaries were his first love as he had worked as a cameraman for the Films Division before he did his first feature film. Mankada won 9 state awards and 3 national awards in a span of 15 films - ironic for a person not interested in monetary/material rewards or lobbying. 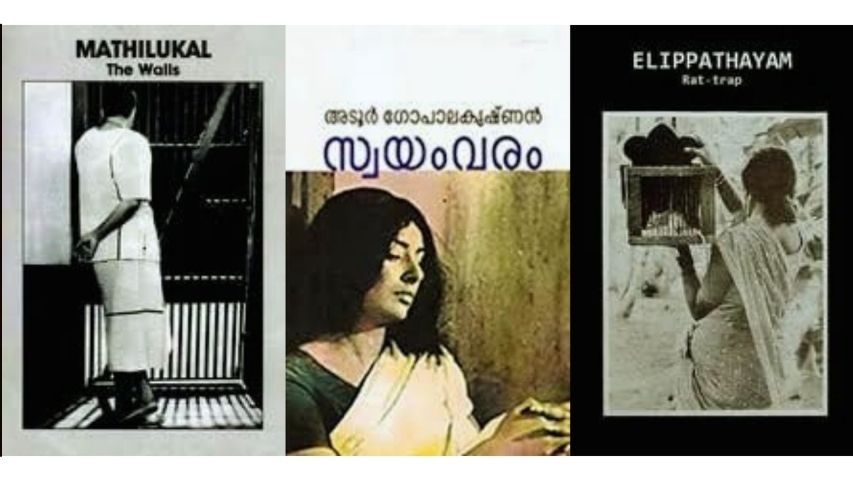 Let me conclude this tribute by quoting three important artists in Malayalam cinema. Adoor Gokalakrishnan said, “Mankada Ravi Varma (Raviettan to all of us) won our love and respect by his gracious deportment, uncompromising approach, and sincerity towards his work, his age and maturity. In the dream world of highfliers, he lived a saintly life, commuting always by bus and eating the simplest vegetarian food. I never asked him why he worked only with me, as he used to say he wanted to do only good films. Raviettan is the only person to whom I use to courier my script before they were made. His response and clarity on my script encouraged me a lot."

Veteran actor Madhu, who was the hero of Mankada’s second and third films (P N Menon’s Olavum Theeravum and Adoor’s first film Swayamvaram) had this to say about the cinematographer, “He is unique in the film world. It is hard to think of a man without enemies in any field. But Raviettan is a man without enemies. Always courteous and professional, he is completely devoted to his work. For him, each shot is a painting that he composes with great care. For Olavum Theeravum, we had to shoot indoors and outdoors, all in natural light. His greatest quality is his ability to go about his work with no fuss or attempt to impress. Before he started working in films, he had made a number of documentaries and that seems to have given him an academic bent of mind. He does not indulge in any kind of technical gimmicks or showmanship. A man of few words but with great experience.”

Mammootty, who worked in three Adoor-Mankada films (Anantharam, Mathilukal and Vidheyan) said, “By the time I was cast in ‘Anantharam,’ both Adoor and Raviettan were legends. It was interesting to watch the professional rapport between the director and the cinematographer. There is quite an age difference between the two but they share a similar vision. Perhaps that is what made each film of theirs so different. Raviettan is a person with simple tastes and few ambitions in life. His passion is his work.”

‘The Poetic Minimalism’ of Abbas Kiarostami