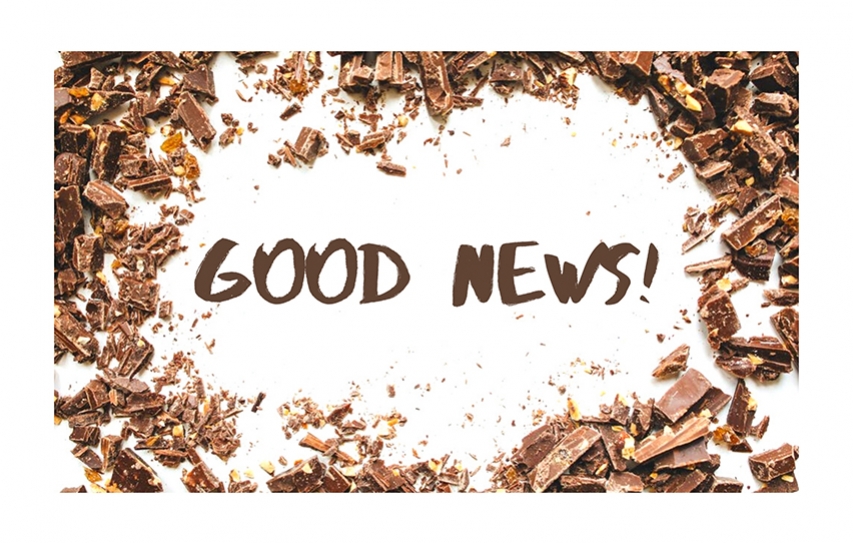 CRISPR can help the cacao to become infection resistant and save it from extinction – so that we do not have to compromise on our chocolate intake! Dr Anurag Yadav tells you how that is possible.

CRISPR technology could help in the fight against AIDS too by cutting the DNA of the HIV virus out of its hiding place - the inactive or latent form - which prevents most existing therapies from getting rid of the virus. The Nobel Prize, Chemistry in the year 2020, was awarded to Emmanuelle Charpentier and Jennifer Doudna for their discovery and development of CRISPR-Cas9 genome editing.

Genome editing is a type of genetic engineering in which DNA is inserted, deleted, modified or replaced in the genome of a living organism at site-specific locations. For a long time, geneticists have been using chemicals or radiation to cause mutations but these were not controllable. This was followed by gene targeting, which takes a long time to create a mutation and is fairly expensive.

CRISPR-Cas9 (Clustered Regularly Interspaced Palindromic Repeats) is the simplest, most versatile and precise method of genetic manipulation and is therefore causing a buzz in the science world. It was developed by the study of some bacteria, which have a similar built-in system that they use to respond to invading viruses, much like an immune system. Using CRISPR the bacteria snip out parts of the virus DNA and keep a bit of it behind to help them recognize and defend against the virus, next time it attacks. This system consists of two key molecules: an enzyme Cas9, which acts as the ‘molecular scissors’ to cut the two strands of DNA at a specific location; and a piece of guide RNA (gRNA) which is about 20 bases long and guides the Cas9 to the right part of the genome to be cut.

This new technology offers endless possibilities, which go beyond just human health. CRISPR technology has been most widely used in agriculture to decrease food waste by prolonging the shelf life of perishable foods by simply ‘editing’ (not genetically modifying) features like preventing browning of mushrooms when they are cut.

The cacao plantations in West Africa’ for example, are constantly under threat - inclement weather; and the cruel reality of being predated on by the mealybug insect that spreads the infection ‘cacao swollen shoot virus disease’. CRISPR can help the cacao to become infection resistant and save it from extinction – so that we do not have to compromise on our chocolate intake in the years to come! 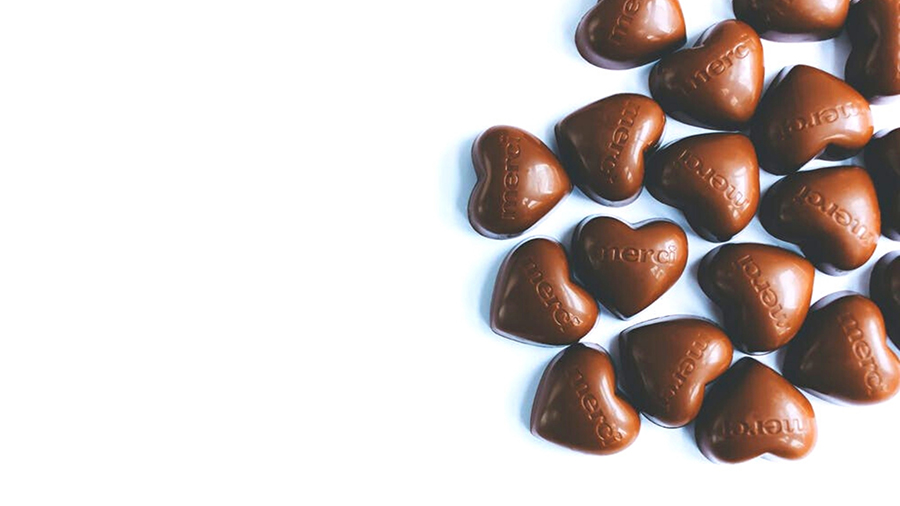 In addition to creating more food, CRISPR proponents aim to make additional food that is more appealing to consumers than even junk food - like introduction of baby carrots or seedless watermelons over a packet of potato chips. Gene editing to produce naturally decaffeinated coffee beans, for preserving flavor and nutrition, has a far more positive impact compared to the earlier aggressive process of soaking and steaming of the beans. DNA of wheat has been modified by a group of researchers in the Netherlands to remove gluten and make it suitable for the celiac. With CRISPR, progress is being made to combat food allergies by rewriting the regions of the gene that are recognized by the immune system to cause an allergic reaction and make milk, eggs or peanuts safe for everyone to eat. Incorporating the genes of capsaicin from chilli-peppers into tomatoes, a new variety of more hardy and high yielding spicy tomatoes have emerged to make spicy salsa! The possibilities are just limitless.

Gene editing by CRISPR could improve production of biofuels by algae. Strains of algae have been created, which produce twice as much fat, which is then used to produce biodiesel by removing genes that limit the production of fat. This production of biodiesel is more economically viable as the algae are more efficient at converting CO2 to biofuel.

Pet owners are keen on taking advantage of the technology by getting genetic diseases that abound in purebred dogs, addressed. For example Dalmatians carry a genetic mutation that makes them prone to bladder stones and this can probably be fixed now. Miniature pigs and koi carps in customized sizes, colors and patterns are other pet breeding projects underway. It is expected that faster, stronger and better jumper racehorses will be created by modifying the gene for myostatin, a protein crucial for the growth of muscles. These could impact not only polo as a game but even rest Olympics’ records.

CRISPR has been used by a research group in Norway to produce sterile salmon, which makes them grow better, be more resistant to disease. The Omega-3 content in these fish can perhaps also be enhanced to make for healthier and more nutritious options. CRISPR could also help control the numbers of animal species that transmit infectious diseases, or those that are invasive in a particular ecosystem by creating ‘gene drives’ that ensure that gene modification is inherited by the off-springs, spreading throughout the animal population over several generations. 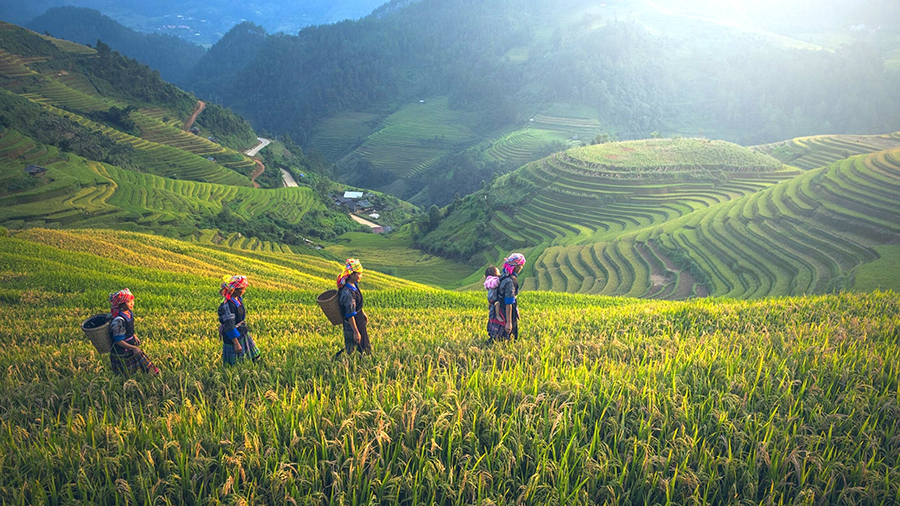 Researchers have proved this technology useful in controlling mosquitoes spreading malaria and hope similar drives against invasive rats and feral cats will soon be possible. On the other end of the spectrum, the technology is being harnessed to bring back extinct animals – de-extinction. Starting with creating hybrids to resurrect passenger pigeons, a project group at Harvard is working on bringing back the woolly mammoth that went extinct thousands of years ago!

In theory, CRISPR technology could help us edit any genetic mutation at will, curing the disease it causes. But we are just at the beginning of the development of this technology as a therapy and there are still lots of unknowns.

In cancer research, the technology has accelerated studies to target cancer causing genes, construction of animal models, identification of drug-resistant genes, molecular targeted drugs and their delivery. Technology is showing promise in treatment of blood disorders like sickle cell disease and beta-thalassemia, by harvesting bone marrow stem cells from the patient and converting to production of fetal hemoglobin for better oxygenation of blood and eliminating the need for repeated blood transfusions. Similarly, hemophilia research is in advanced stages. Many hereditary forms of blindness are caused by a specific mutation, making it easy to instruct CRISPR-Cas9 to target and modify a single gene. Leber congenital amaurosis, the most common cause of inherited childhood blindness is being researched to correct the most frequently associated mutation, and restore the function of light-sensitive cells before the child loses sight completely. Cystic fibrosis, a severe respiratory disease with a genetic origin, that reduces the lifespan of the patient very dramatically despite supportive therapy has been found to be linked to mutations located on a gene called CFTR and it is possible to fix them now. Similarly, the DMD gene for Duchenne’s muscular dystrophy and the neurodegenerative disorder, Huntington’s disease with a genetic component have been studied extensively to institute gene-editing therapies ranging from making the mutated protein gene shorter to self-destruction of the gene.

Scientists have used the technology very cohesively to create a CRISPR-mediated analogue multi-event recording apparatus or DNA tape recorder; and a molecular tool called CAMERA to record the lifetime of a cell, and exposure to antibiotics, nutrients, viruses and light, which could help understand a number of complex processes in a living organism.

CRISPR technology could help in the fight against AIDS too by cutting the DNA of the HIV virus out of its hiding place - the inactive or latent form - which prevents most existing therapies from getting rid of the virus. Another approach is to make an individual resistant to HIV infections by utilizing a mutation caused in the CCR5 gene, which encodes for a protein on the surface of the immune cells that the HIV virus uses as an entry point to infect the cells. This approach was used in a very controversial case in China recently to edit human embryos, from HIV-positive fathers and HIV-negative mothers for in-vitro fertilization to confer genetic resistance to HIV, leading to the birth of the ‘CRISPR babies’ – Lulu and Nana. 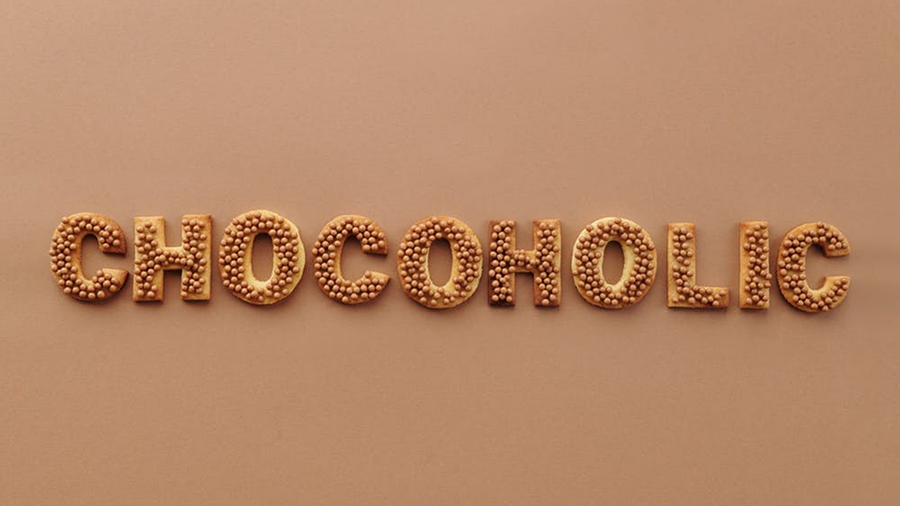 The scientist, He Jiankui, behind this revolutionary work of editing reproductive germline cells (which could be passed on from generation to generation), rather than restricting himself to experimenting with somatic (non-reproductive) cells created legal and ethical controversies, which led to his indictment, combined with a prison sentence and a hefty fine.

Scientists at UC Berkeley and Gladstone Institutes have developed a new CRISPR-based COVID-19 diagnostic test that, with the help of a smartphone camera, can provide a positive or negative result in just 15 minutes. It also gives the viral load, or the number of virus particles in a sample, and an estimate of how contagious the patient might be, time needed for recovery or quarantine. In India, this technology was used by Tata in collaboration with the CSIR-IGIB (Institute of Genomics and Integrative Biology) to develop the test by the name FELUDA, and has high quality benchmarks with 96% sensitivity and 98% specificity for detecting the novel coronavirus. In contrast to traditional vaccines and therapies, CRISPR Cas13 has been considered for its therapeutic role in SARS-CoV-2 infection by identifying and degrading the intracellular viral genome using a PAC-MAN approach, but this has yet not grabbed the limelight.

Despite being far more precise than its predecessors, CRISPR often generates unintended DNA changes or the off-target edits, and could potentially cause mosaicism or not edit all cells equally. These issues still need to be ironed out before widespread clinical use, especially in editing the embryos. The monitoring of the impact of these ‘edits’ comes with ethical concerns for generations to come because it is impossible to gain consent from children who are not born yet - a challenge without a solution!

With an international panel on guidelines sharing and corroborating data, and a clearly defined whistleblower channel, so that the next attempt at human germline editing will hopefully come as a scientific triumph - rather than an immoral disgrace. As the co-inventor Jennifer Doudna herself puts it, “the power to control our species’ genetic future is awesome and terrifying. Deciding how to handle it may be the biggest challenge we have ever faced. We will have to, going forward, find ways to responsibly apply CRISPR in 2021 and beyond”.