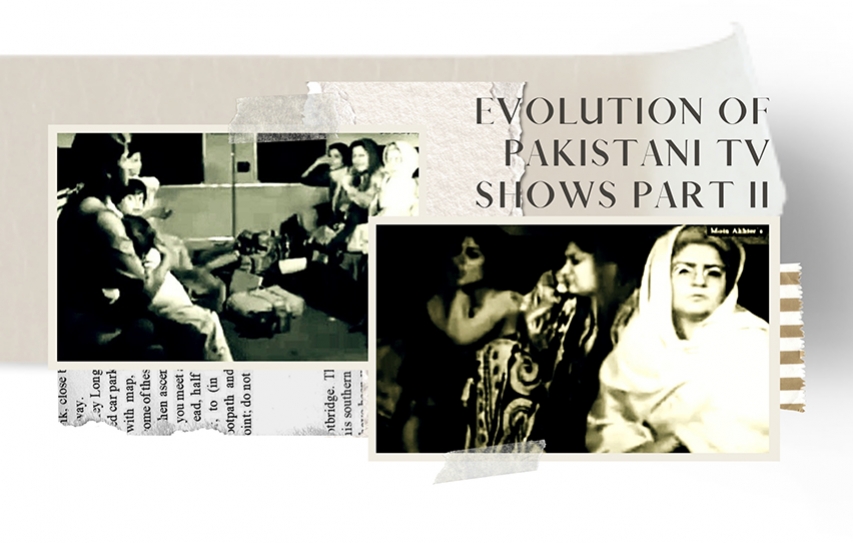 After receiving a great response on the first episode of Evolution of Pakistani TV Shows, I received many messages on social media and I was delighted to know that even today, good content is very much in demand, writes Shafiq Siddiqui

Here are 6 more Pakistani comedy TV dramas and sitcoms that are all a must-watch for those who appreciate clean, family-oriented and humorous content.

The list mentioned below is mostly from the 1980s to 90s, the time when many new and seasoned writers created content and dramas for Pakistan Television Network (PTV). Not to mention that these dramas and sitcoms were loved by the audience, whether mature or kids. Without wasting any time, let’s explore some comic gems that aired on PTV.

Muneer Ahmed Qureshi (widely known as Munnu Bhai) was one of the most amusing writers from Pakistani television. Munnu bhai is known for some great dramas that feature common life issues, stories and characters. One of his astonishing plays was Sona Chandi. It was based on a couple Sona (Hamid Rana) and Chandi (Sheba Hasan) who move to the city from a village in search of better living to pay off their debts. The drama offers some wittiest lines and the dialogue was brilliant. The beauty of the script is that it has a combination of great Urdu and Punjabi (at places). Characters are still fresh and entertaining. It’s a 32-episodes long comedy drama released in 1983.

Ali Ejaz was one of Pakistan’s legendary and iconic comedians. He did various films and a few dramas; Dubai Chalo (a drama from 1979) and Khawaja and Son (1985) are still considered his finest besides many others. Khawaja and Son was written by Ata Ul Haq Qasmi and directed by Ayub Khawar. The story of the drama revolves around a father, Khawaja Sahib (Ali Ejaz), and his son Jawad (Aurangzeb). The father is old school and keeps pointing out the mistakes of his son. The love/fear relationship between the father and son is a delight to watch. At places, the drama is hilarious and also features the day-to-day problems, issues and stupidities that one faces in a middle-class family. Arifa Siddiqui and Ghayyur Akhtar also played key roles in the drama.

Anwar Maqsood is known for his wit widely; his dramas are still watched by millions after 20-30 years. One of Anwar Maqsood’s dramas was Fanooni Latifey that was directed by Qasim Jalali. The drama featured Anwar Maqsood, Talat Hussain and Latif Kapadia who played wannabe painter, poet and singer respectively. How their sister hooks them with their love interests is what the drama revolves around.  Every scene is written with sheer brilliance and has a strong dose of laughter infused in it. It’s a classic long play - don’t miss it.

There are plays where actors challenge their skills and writers try to write something eye opening by adding humor in them to sugarcoat the intensity, Half Plate is one such play written by Anwar Maqsood and directed by Syed Mohsin Ali. The play features Moin Akhtar, Kahlida Riasat, Jamshed Ansari, Badar Khalil and Arshad Mehmood - it was produced by Pakistan Television (PTV) in 1990. Half Plate shares the story of a poet who is going through a rough patch in life as the demand for literature consumption has declined. What the poet does after facing hardships in life is what the long play is all about. Anwar Maqsood pinpoints the issues and Moin Akhtar – Khalida Riasat combo makes it a great watch. Sarcasm, wit, issues, and fun are all there in the series.

Eid Train is a long play that was released on Eid, written by Manzar Imam, and directed by Qasim Jalali. The play features many renowned actors but Moin Akhtar was phenomenal. It’s a lighthearted play with lots of witty lines.

Written by Khawar Abbas and Iftikhar Haider, directed by Waseem Abbas, Home Sweet Home was amongst the most hilarious PTV dramas (sitcoms) from the 1990s. It had an ensemble cast featuring Anwar Ali, Waseem Abbas, Sohail Ahmed and Riffat Tajalli in key roles. Every episode was a laugh riot and was based on sweet family fun. The comic timings were great. If you watch one episode, you’ll get hooked to it. The script and acting were the strongest points of this series.

Do let us know if you want to receive more recommendations from our end, we will love to share more Pakistani comic dramas and sitcoms with you.