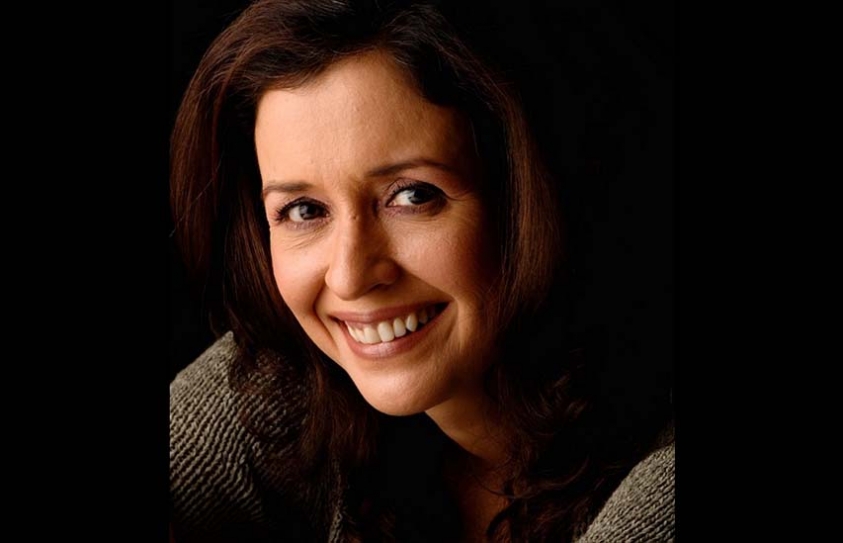 Thespo 16 to host numerous workshops at the festival

Mumbai, November 2014: Get ready to fall in love with theatre all over again as the 16th edition of Thespo, the annual drama festival for theatre-wallahs below the age of 25, is back with a dramatic bang. Taking place from 15th to 21st December 2014, the festival is centered on the theme ‘Plug-In to the Tamasha’.

Along with providing a stage for today’s young theatre wallahs, the festival also believes in nurturing their craft and expanding their knowledge through its numerous workshops. 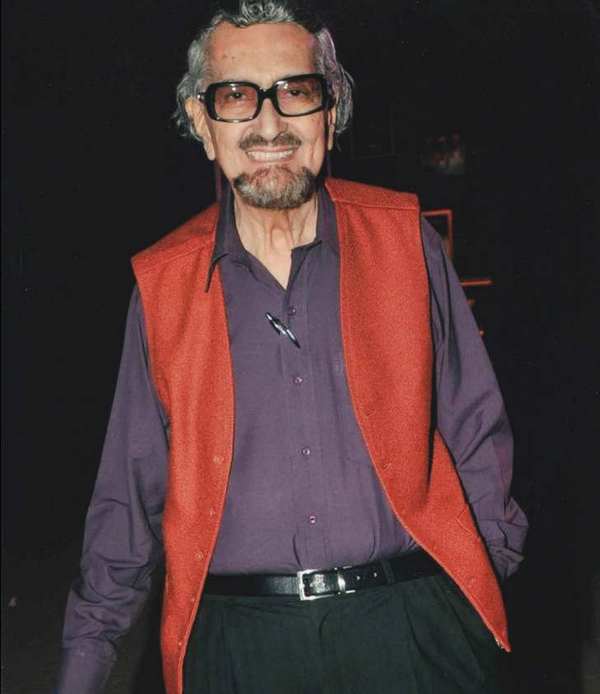 Playing Comedy: A fun workshop on The Art of Comic Timing by Imran Rasheed on Monday, 15th December’2014 and Tuesday 16th December’2014, 10 AM – 2PM at Prithvi House

Magic Hour: Arghya Lahiri has worked in the theatre for over fifteen years, primarily as a Lighting Designer and Director will host a workshop that will cover lighting theory, standard lamps and accessories, their uses and the range of their ability, lighting systems and rigs, and approaches to designing and executing light plans. The aim is to arrive at a greater understanding and appreciation of a lighting designer’s role within the theatre.
Details: Monday, 15th December 2014, 10 AM – 8 PM, Prithvi House

Workshop by Mahesh Dattani: Mahesh Dattani is a playwright, stage director and film maker will host a workshop on the aesthetics of writing and acting in Indian English. Every aspect of theatre contains scope for artistic choices, including language. The workshop will explore the choices available to playwrights who choose to write dialogue.
Details: Tuesday, 16th December 2014, 2 PM – 5 PM, Prithvi House

Collaborative Writing Workshops: A half-day workshop for writers and performers exploring how we can use each other’s skills to create texts for performance. We will use short writing exercises, stolen quotes and stupid games to create our writing. This is not about being precious; it’s not even about being good – it’s about finding ways to begin writing, to stop being scared of it and to look at it as a collaborative practice rather than something that exists only within the writer-director-actor set-up. Rachel Clerke is a UK based maker of performances, writings, drawings and films
Details: Tuesday, 16th December 2014, 10 AM – 1 PM, Prithvi House 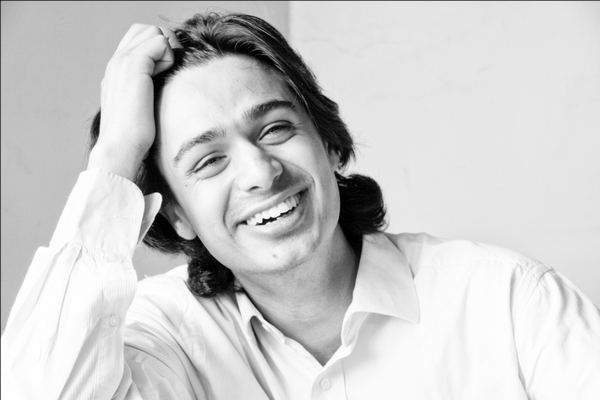 Out of the box: In a toilet, on a bench, up some stairs. This workshop will be an introduction to creating movement and sound for unconventional performance spaces. Using acapella soundscapes and movement in unusual settings, we’ll look at how to tell stories without speaking; breaking the boundaries of traditional theatre set ups and exploring what we can do outside of a black box studio. The workshop is by Josephine Joy, a professional performer and deviser working in the UK. She has a background in dance and acapella singing.
Details: Wednesday, 17th December 2014, 10 AM – 1 PM, Prithvi House

Understanding Music for Theatre: Kaizad Gherda who is grade 8 western classical pianist trained from the Royal School of Music will conduct a workshop on the general uses of music, it’s styles, themes and scales of performance in various types of productions, and how it can be the most adaptive member of your cast. This workshop will also teach to start thinking and developing a particular chain of thought while composing for a production.
Details: Wednesday, 17th December 2014 and Thursday, 18th December 2014, 2 PM – 5 PM, Prithvi House

Speak the Speech by Shernaz Patel: We actors love the sound of our voices, don’t we?! Booming voices fill the stage after all. But in truth our job is to serve the text that we have been given…to communicate someone else’s words and emotions to an audience. This workshop will focus on the actor’s relationship with the script….how we can unravel the meaning of not just our lines but also what lies behind these lines and what lies between them.
Details: Thursday, 18th December 2014, 10 AM – 2 PM, Prithvi House

Acting In A Musical: Alyque Padamsee to talk about the making and re-making of the musical spectacle Jesus Christ Superstar, how the production has retained its entertainment quotient and is a story worth telling even four decades later. Learn the intricacies of a genre of theatre that has not been experimented to its full potential in India. Joining him will be Karla Singh, the associate director of Jesus Christ Superstar.
Details: Friday, 19th December 2014, 2 PM – 5 PM, Prithvi House

The Actor’s Tool Box: An acting workshop created exclusively for theatre artists. Designed for actors, emerging and established, to discover, explore and maintain their talents using tools and techniques that Glenn has developed over his 28 years as a working artist together with Kyla’s training at The Lee Strasberg Theatre & Film Institute in New York.
Details: Saturday, 20th December 2014, 10 AM – 5 PM, Sitara Studio

A Musical Rebellion: Catch Lok Shahir Sambhaji Bhagat in all his glory talking ever so passionately about music and theatre. Described to be the voice of millions, a political soothsayer, rebel and a man of astonishing talent, Sambhaji Bhagat’s infectious energy manages to captivate his audience and engage them in a musical dialogue. Join him as he recounts the history of protest theatre in India, in his energetic style! Lok Shahir Sambhaji Bhagat dons many hats. He is a folk poet who believes that power grows out of music. Through his songs he speaks of the many misgivings of society and the oppressive nature of the society we live in. He teaches in a school in suburban Maharashtra and along with his troupe performs in the slums of Mumbai.
Details: Saturday, 20th December 2014, 2 PM – 5 PM, Prithvi House

An Actor’s Foundation: Aspirants can also look out for ‘An Actor’s Foundation’, which offers a peek into an actor’s inner emotional life and how to effectively wield the instrument of body movement under the guidance of Jeffery Goldberg, faculty member at the Lee Strasberg Theatre and Film Institute, The School of Visual Arts, and Fordham University
Details: Sunday, 21st December 2014, 10 AM – 1 PM, Sitara Studio

Playing With Masks: Our facial expressions are the windows of our soul: a give-away into our feelings. But what happens when these basic tools are hidden? Come explore the world of masks with Puja Swarup that enables for interesting experiences, allowing one to be in the moment and making the most of it. Find a character and its story through different masks like the silent mask and the half mask and get a feel of the level of energy the actor needs to maintain to keep the mask alive. Puja Sarup, a trained theatre actress from Mumbai University who has worked world over with various theatre companies and directors.
Details: Sunday, 21st December 2014, 2 PM – 5 PM, Sitara Studio

Creating a Make-Believe World: A two-day workshop for anyone who has a passion to create and an imagination that knows no boundaries. A man of many talents, Vivek Jadhav will walk us through the meandering streets and markets of Mumbai that serve as an inspiration to his acclaimed work as a stage designer followed by a session of how to apply ideas to create a whole new world on stage that not only aids the craft of story telling but takes it to a whole new level.
Details: Sunday, 21st December 2014, 10 AM – 5 PM, Prithvi House

With such an all-rounded medley of workshops, Thespo 16 is no less than a week-long crash course in Theatre School.

Organized by QTP, under the aegis of Theatre Group Bombay, it will be taking place in two venues this year: the iconic Prithvi Theatre, which has been the home of Thespo since 2008, and Sitara Studio, the city’s latest indie cultural space that used to stage Marathi plays back in the 1970s.