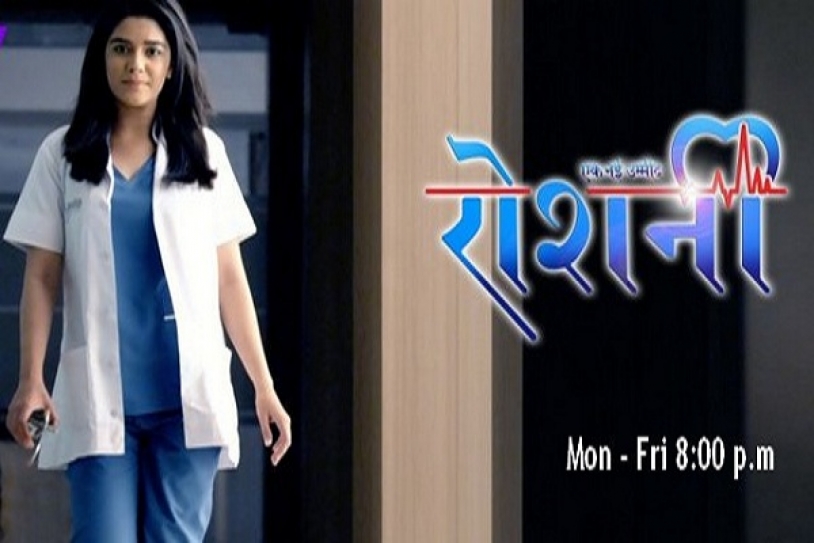 Amol Palekar recently shared with an associate his amazement at the meticulousness of the makers of Ek Nayi Umeed: Roshni, wherein the veteran director has made a comeback as an actor. ?We are shown how to hold a scalpel, use the blood pressure machine, etc.? It?s probably this realism on the sets and the approach in the script which has actors of the caliber of Amol Palekar, Raghuvir Yadav, Divya Seth and Kurush Deboo turn in the performances they do week after week. This month old medical drama is simply captivating. The narrative moves between London and Bhopal. Intrigue is afoot in the latter location. There are so many issues that the series has already added that the picture isn?t one or two dimensional, but is a slice of reality. Having tasted and observed personalized medical practice in Bhopal during her holiday, back in London Roshni finds the impersonal attitude she?s expected to adopt with the patients unacceptable. As she fights the system, it occurs to her that she?d rather return to Bhopal where a human value-based practice awaits her. Her home-coming is rife with unexpected events. She finds herself stranded mid-field. All isn?t well at the newly opened Leela Hospital and the family?s pride -- Leela Nursing Home has been auctioned to pay off debts for the hospital. Her parents and her brother want her to return to London, as Leela Hospital isn?t the place for her. No one wants to know why she has returned. During the auction of Leela Nursing Home Dr Amar Kishore Singh aka Nanu suffers a shock. Though rendered speechless, he responds with hand signals to Roshni?s query whether she should stay or return to London. Palekar?s subtle response with a slight movement of the fingers, made the scene special. This quiet scene is followed by a controlled outburst by Badri played by Raghubir Yadav. The latter chides his employer for sending Roshni away without hearing her reasons for coming back. Yadav lifts the scene a notch higher, leaving Nanu wanting to say something. A scene like this in the hands of lesser actors could have been a piece of kitschy melodrama. But Amol Palekar, a veteran of understatement and Raghuvir Yadav who is known for reined in performances took the scene where it needed to go ? memorable. Watching the stalwarts at work, Pooja Gaur who plays the protagonist Roshni is spurred on to deliver performances which are almost on par. The actress underplays her emotional scenes with finesse. The chemistry she shares with the senior actors Amol Palekar and Raghubir Yadav is laudable. While her spontaneity with Sahil Anand who plays her love interest Dr Nikhil Kapoor is utterly natural. The script is making headway every week with a new twist. The writers have already introduced the element of corruption, medical malpractice and betrayal. In fact, Ek Nayi Umeed has all the elements of the great big soap opera. It has the pivotal family ? all dedicated doctors right down to the progeny, their loyalists, the traitors, the enemy within, business rivals as hospitals now work on balance sheets, lots of intrigue and romance. The arena is a super specialty hospital and a modest homestead. The narrative crosses over from Bhopal to London. The qualitative difference is the script is written with authenticity and plausibility in sharp focus. It?s a fresh look at medical drama within the family fold ? where family run nursing homes are being replaced by impersonal super specialty hospitals. The undeniable factor of Ek Nayi Umeed: Roshni is the logistics of the medical setting. The nurses and doctors aren?t dressed for a party and everything from the IV stand to the instruments are real. Life OK has once more snatched family eyeballs for its 8 pm weekday slot with a high action medical drama. A new hope for the viewers.