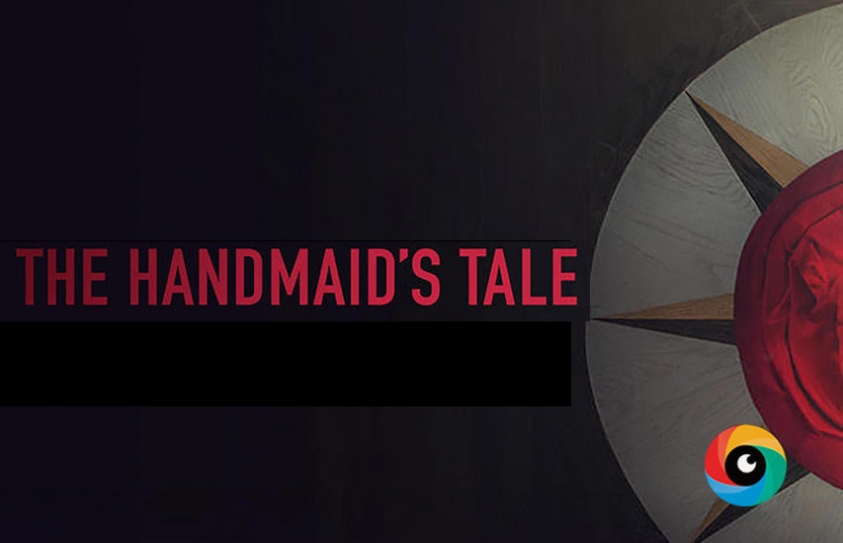 Ever pictured what the future would look like? We all do. Or rather, we all visualize fleeting scenes of happy days being unrolled and harmony for mankind with flying cars and endless gallons of beer. But certain dystopian tales surmise (no one knows as to why) appalling realities in the near future. The satisfying answer can be these tales are merely writers’ figments weaving out fancy tales, however, acknowledging that these gory tales can be your future beckoning sends a gasping shiver down the spine. 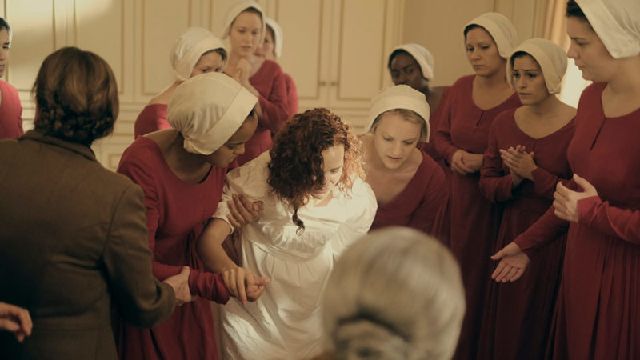 Adapted from Margaret Atwood’s thought provoking novel ‘The Handmaid’s Tale’ is a narrative of dizzying power. The mise en scene is the dystopia of Gilead, a totalitarian society which was formerly claimed as the United States. Similar in certain terms to George Orwell’s 1984, The Handmaid’s Tale also projects how ‘unorthodoxy’ is a crime.  In a neoteric Gilead, ‘new’ has no room to breathe. The military gains dominion of the society and the people are tormented to return back to their roots. The state is swarmed with agonies- the military oppression, the plummeting birthrate and concomitant environmental holy mess. In a bid to give birth to a descendant, Offred(Elisabeth Moss), the handmaid in the Commander’s household and one of the last remaining fertile women, is forced into sexual servitude. 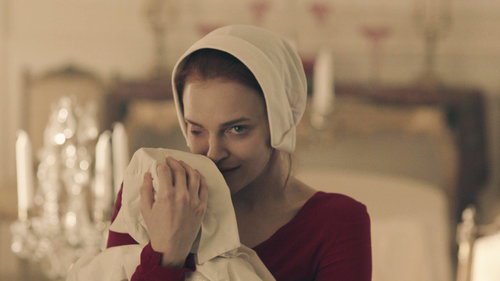 Elisabeth Moss has shouldered her character with finesse and electrifying performance as if to the manner born. The storyline and breathtaking cinematography translate this adaptation into a must watch. The plot primarily casts light on feminism and forced bellyfeel under military tyranny.

The Handmaid’s Tale season 1 culminates with a cliffhanger; just like the novel, however talks around the launch of Season 2 is where the adaptation and novel part ways. In her novel, Margaret Atwood adds an epilogue hinting of the collapse of Republic of Gilead and, perhaps, a new daybreak at the horizon. The Season 2 has already created enough buzz amongst its viewers owing the fact that the production house has already claimed it to be equally dark.

Bruce Miller, the showrunner of Handmaid’s Tale claims of no worries around spinning more stories- he has enough tales to tell from the Handmaid’s Tale. However, is another story in tandem, a telltale of the possibility of another grim future in making? Beware!