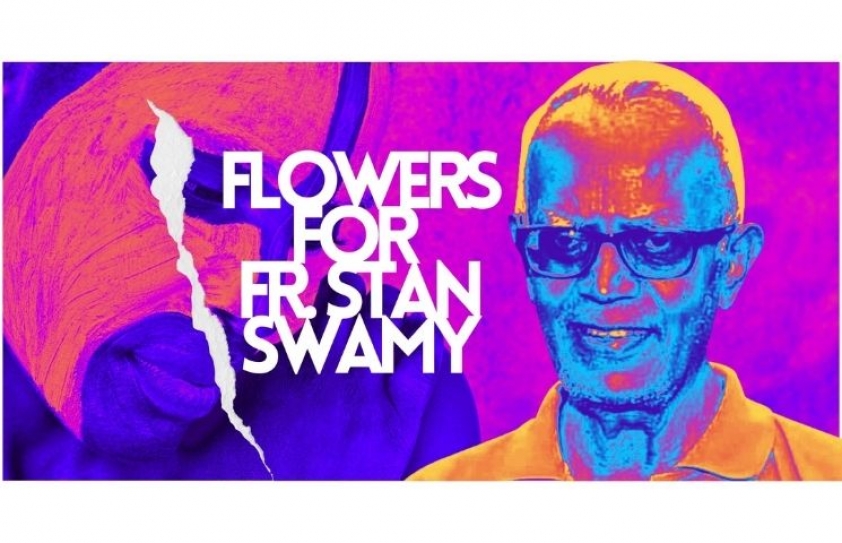 These wonderful tributes from citizens of different communities, collected by Monarose Sheila Pereira, pay respect to the great work that Fr. Stan was engrossed in and to the teachings of Christ and the cause of humanity.

The death of Fr. Stan Swamy, a defender of human rights, who gave hope to thousands of Dalits and Adivasis, has shocked the country and the world. Dr. Frazer Mascarenhas, SJ, Former Principal St. Xavier's College, Mumbai, and The High Court Appointed Guardian of Fr. Stan in the Holy Family Hospital has said, “Fr. Stan was quite clear that he was being implicated because of his legal work on behalf of the Adivasis who had been incarcerated for protesting the taking-over of their land for commercial purposes. Fr. Stan lamented that the constitutional provisions for the Adivasis were not being applied to them. The harsh treatment of Fr. Stan and his co-accused in jail were meant as a deterrent to other human rights workers to prevent them from taking the side of the exploited. The 84 years old with Parkinson’s disease, couldn’t survive the criminal negligence of the COVID infection he contracted in the jail. Justice will only be given to Fr. Stan if the NIA officials are held responsible for his death”.

Others, too, who were closely associated with Fr. Stan Swamy and his work, speak and pay their tributes to the great soul. 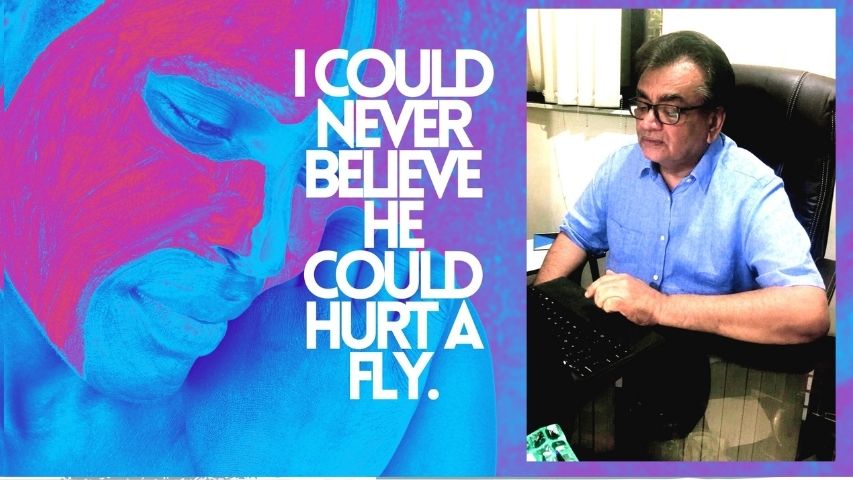 I am obviously shocked at the death of Fr. Stan Swamy. I have known him for more than 30 years as an extremely gentle, committed, humble man loved by the tribal communities. I can never believe he could even hurt a fly. That such a man was arrested as a terrorist is a sign of the times and I squarely put the blame of his death on his totally inhuman arrest, which I believe was not an act of error but a deliberate ploy to silence him from raising issues about tribal displacement. 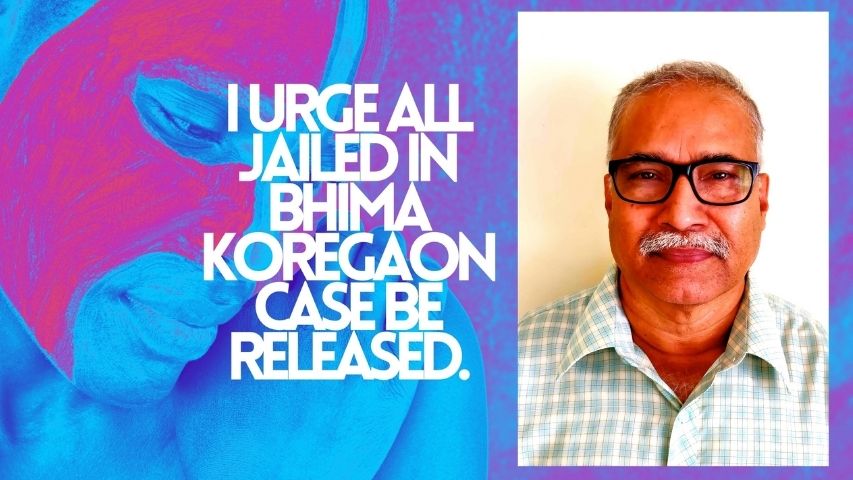 Fr. Stan's death was an institutional murder. While the dictum is 'Bail, not jail', Fr. Stan was allegedly falsely implicated and left to die with an indifferent judiciary, prisons and police watching from the sidelines. But his martyrdom has opened up a firm resolve and a message to all citizens to carry on his legacy to fight for the voiceless. It appears that the mighty state was afraid of this gentle giant Fr. Stan who fought the mighty for the vulnerable and voiceless. Fr. Stan’s death, we hope, should open up the eyes of the courts to be sensitive and not let under trials die in such a fate. I urge that all those in jail in the Bhima Koregaon Case should be released and the UAPA be repealed. 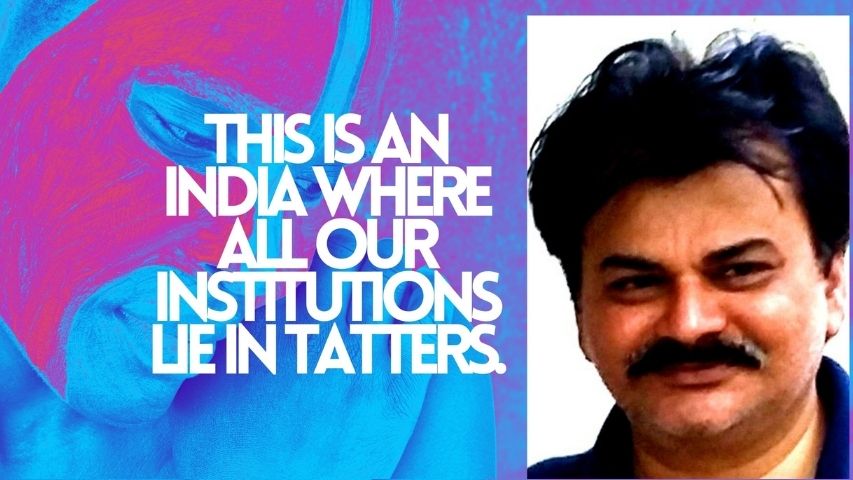 The death of Fr. Stan Swamy has truly left us feeling sorrowful. The treatment meted out to Fr. Stan is clearly a matter of great shame, but then this is the truth about Modi's New India, as it's referred to now. This is an India, where all our institutions lie in tatters, all controlled by the fascist regime, with little hope of justice from courts, which are manipulated and controlled. Fr. Stan Swamy, as well as the rest of those who were all falsely implicated in the Bhima Koregaon case, have been entrapped under false cases. Fr. Stan, who served the poor, and the marginalized, is today a martyr, a Saint and will be remembered for posterity. The struggle for justice will carry on unabated, as our resolve has only grown stronger.

Bishop Allwyn D’Silva, Auxiliary Bishop of the Archdiocese of Bombay 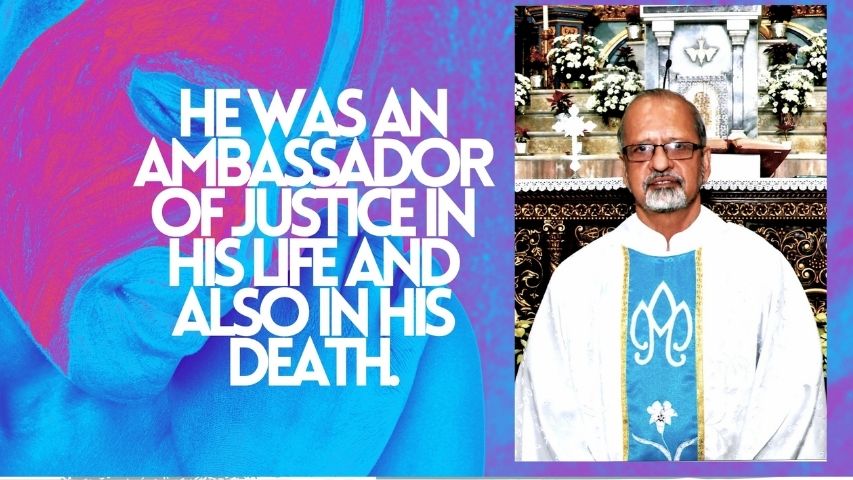 Apparently, the death of Fr. Stan Swamy looks to be a sad event. Not so if you ponder a little further. Unless a grain of wheat falls into the ground it still remains a grain of wheat. If it falls and dies, it bears much fruit. He was an ambassador of justice who caught the attention of the world both during his life and in his death. He has been a true witness of his Master. His death is reminiscent of late Archbishop Oscar Romero of El Salvador who was killed by the right-wing death squad. The U.S. based military dictatorship killed him while voicing solidarity with the poor. Both Fr. Stan and Archbishop Romero denounced the government for various ways it oppressed the poorest in the society. Both fought for the land ownership of the poor and allowed their political representation. Because of exemplified bravery and courage, not only towards their countries but the world, they are truly considered to be heroes. They exhibit the true meaning of sacrificial priesthood, devoid of lives of security and institutional longings. After a long time, Fr. Stan Swamy is one such person who has upheld the dignity of priesthood and shown what its real worth and meaning is. May he inspire us in his death! 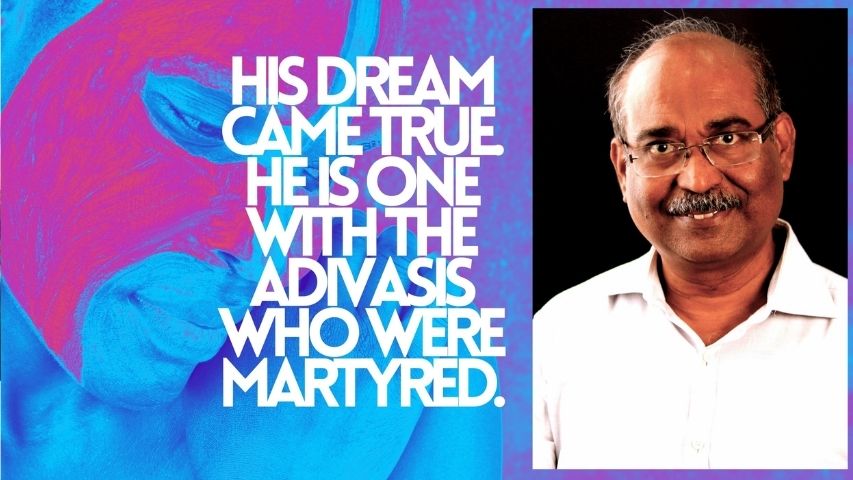 Fr. Stan’s martyrdom is the supreme act of love. With much anxiety and pain, on 5th July 2021 morning, I travelled from Bangalore to Mumbai. I returned to Bangalore on 8th July with a heavy heart, carrying the ashes of the martyr. All along, Stan taught me the deeper dimensions of following Jesus, by his life and mission, until his death. I am grateful to him for taking me into confidence and sharing his life. Stan is a mystery. Stan was understood and loved by several persons and was equally misunderstood by many, which included the Church personnel as well as the Jesuits.

Those who closely worked with him and many who had attended social analysis courses at Indian Social Institute, Bangalore from 1976 – 1990 admired him. Many who came in contact with him were transformed to better humans. However, some used to complain that he was not celebrating the Eucharist. He was not just a ritual priest. His life and mission were rooted in the life of Jesus. He was the happiest person when the life stories of the poor, their pain and suffering, hopes and aspirations, struggles and vulnerabilities and strengths and sacrifices were brought to the altar of the Eucharist.

He wanted to connect the life narrative of historical Jesus and struggles of the poor. He saw Jesus’ suffering today in the lives of the poor. As a Christian, he used to participate quietly in the Eucharist and receive Holy Communion. Even in his hospital bed, he used to eagerly wait to receive daily communion.