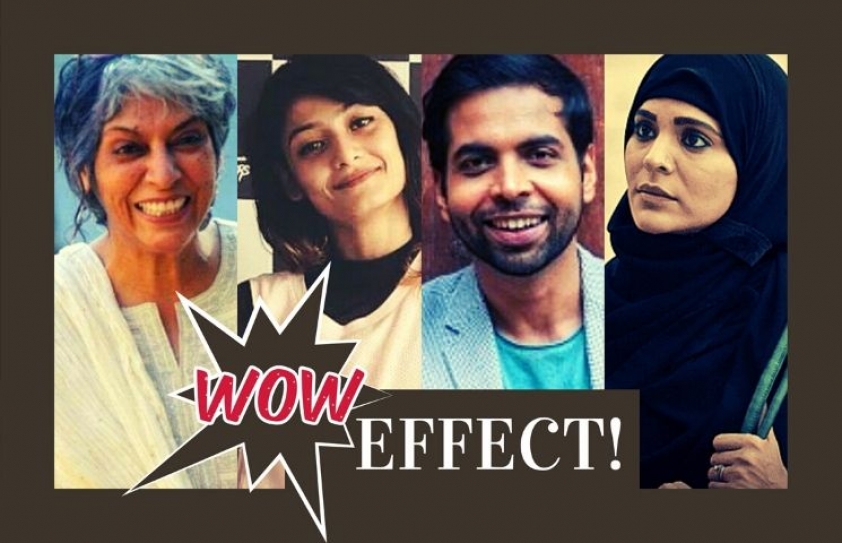 Eyesapoppin’! Glued ever since the lockdown and its current unlocking, at home to the streaming channels – surfing essentially between Netflix, Amazon Prime Video, Hotstar, MX Player, Zee 5 – you can discover a profusion of stories of every ilk being narrated out there.

Drawn especially to the ‘desi’ content, you can surmise that a major chunk of the original films are either excessively crime-based or turn out to be bheja-fry comedies. The fatigue level has perhaps set in. Indeed, the word is out that the premium channels are now being more partial to commissioning light-and-easy entertainment. And of course big Bollywood productions with frontline actors are slated to premiere on the channels. The Amitabh Bachchan and Ayushmann Khurrana (the latter albeit in a disappointingly abbreviated role) already has.

Now even if the content is vastly inconsistent, there are a few series and original films which catch you by the collar, preventing you from missing for a moment those matinees spent at the multiplexes. Of the recent lot, Paatal Lok, Special Ops, Panchayat, Yeh Ballet, Four More Shots Please! (Season 2) and Choked, have been the  relief points – expertly narrated, enhanced by professional production design, and enticing you to keep the remote control at a distance. No fast-forward please.

And the most upbeat fall-out, quite clearly, has been the sighting of fresh gifted actors whose acting nuances have made jaws drop. In  fact, Jaideep Ahlawaat in Paatal Lok and K.K.Menon in Special Ops have certainly received their just accolades from the assorted media reviewers.

Since the credit titles, more often than not, speed away at lightning speed, it’s been impossible to attach names to some of the unusual suspects – actors who can emote with a lacerating force but may not have earned their deserved acknowledgement and recognition.

The Coronavirus pandemic prevents them from seeking them out for a personal conversation (even their phone numbers are a Herculean job to snag). In the event, for starters then here’s a shout-out to at least four actors who, hopefully, will be seen and heard of way more often than they are currently in the face of uh…what should I call it?... media anonymity. 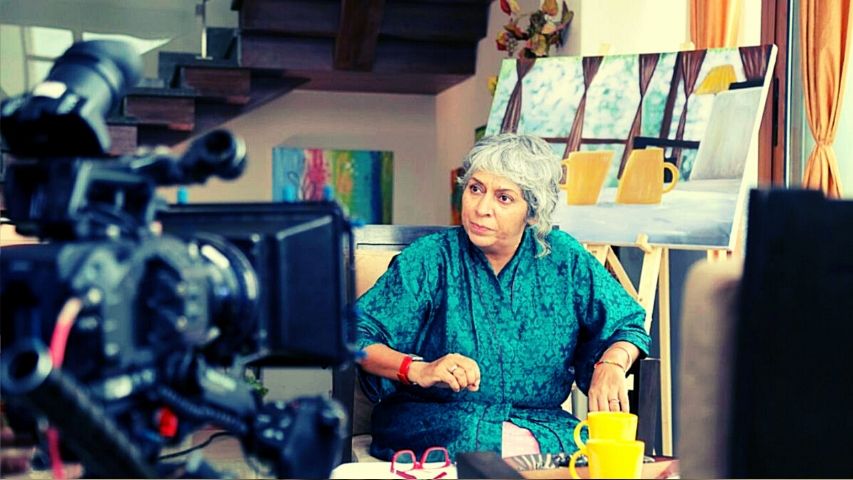 On Netflix, the low-budget feature - The Lift Boy, directed by Jonathan Augustin, may have looked tacky and contrived, largely because of its primitive technique and frequently, its over-simplistic screenplay. Yet nothing could subtract the impact of the shaded performance by Nyla Masood, in the role of Maureen D’Souza, an ageing widowed landlady of a cool apartment building in a cooler section of the Mumbai suburbs.

She takes a shine to the new lift-boy who’s pitching in for his ailing father and aids him to realise his dream of becoming an engineer, despite having failed at the examinations repeatedly. Using her own skills as an artist of paintings, Mrs D’Souza, wily-nily becomes his educator, relishing their moments of sipping morning tea or sharing a meal.

Nyla Masood, a costume designer since years, has occasionally acted (Stanley ka Dabba, Batla House, Umrika to name a few). She has at long last appeared in a central part, and dignifies the project by her quiet smiles, her grit and above all, her ability to project warmth while helping out a young man who could have otherwise been doomed to become a wastrel. Her Catholic accent rings true and her forte appears to be to convey her inner thoughts with her eyes. Can we see more of her till-now untapped art of subtlety, please? 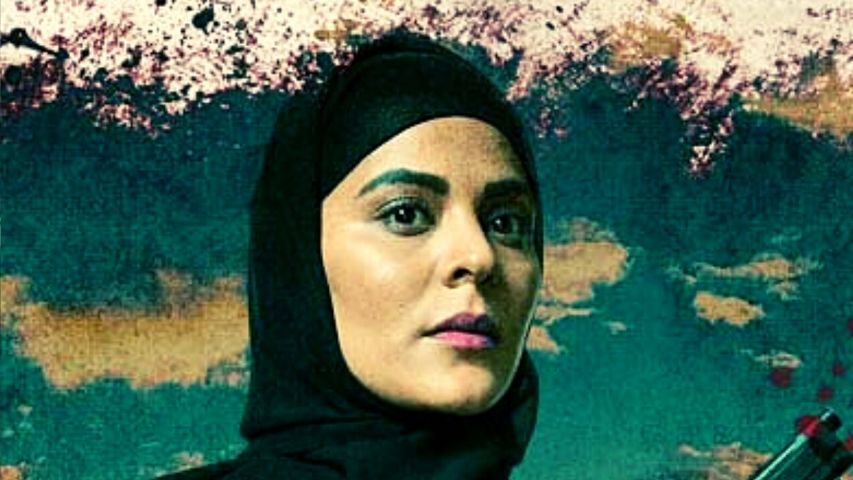 This rough-hewn saga of a woman on a vendetta spree during the boomtime of the Mumbai underworld, uses shock tactics, frank sexuality and sleazy locations which suit the subject. The series is not meant for the faint-hearted at all, especially not the tough cookie character of Ashraf Bhatkar, who won’t back out of her life-threatening spree of bringing her husband’s killers to book - even if that means playing Machiavellian games between the big Dubai don (you know who) besides his allies and rivals enmeshed in the drug trade.

Enacted by Anuja Sathe, Ashraf is a woman who defines courage, even if it’s stupidly reckless. The ensemble cast of the underworld denizens is excellent but their names are impossible to identify through IMDB or Wikipedia listicles. Suffice it to say, this gore-and-bullets drama directed by Sachin Darekar for MX Player, is remarkable for its point-on casting. Ms Sathe comes from the background of Marathi theatre and cinema. And throughout, she gives you the impression of a firecracker about to explode. 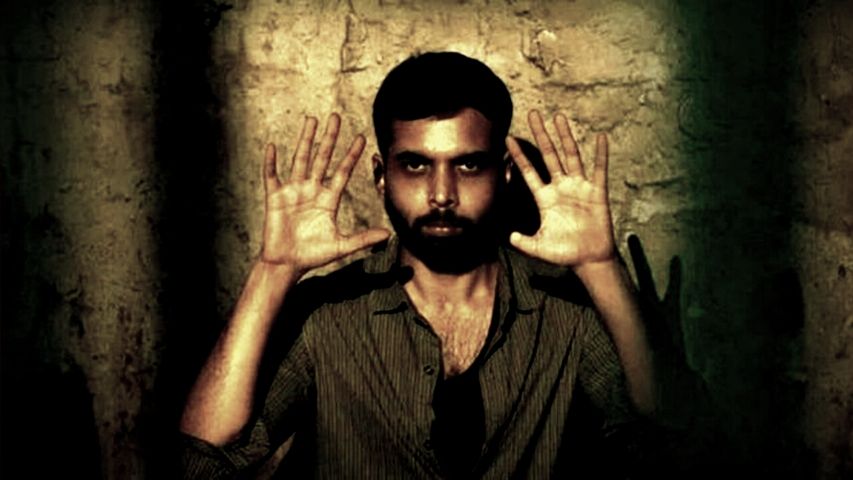 Intense to the point of abattoir cold, he’s one of the four suspects – a hit man - behind the plan to exterminate a TV star anchor who’s been up to no good. The questionable moral undertow of the Amazon Prime Video web series Paatal Lok apart (directed by Avinash Arun and Prosit Roy), Abhishek Bannerjee whether incarcerated in a prison cell or on the loose with his raggedy gang, is remarkable for pitching his acting,  raw without any fuss or frills.

Evidently his has been quite a struggle to be noticed, after bit parts in Rang De Basanti, Stree and Raid, among others. From Delhi’s Kirorimal College, he picked up the ropes of acting by participating in stage dramas. In Bollywood, he found a niche as casting director. And whoever selected him to breathe terror in the characterisation of Vishal Tyagi pseudonym, Hathoda (his preferred weapon it seems) did himself and us a favour. 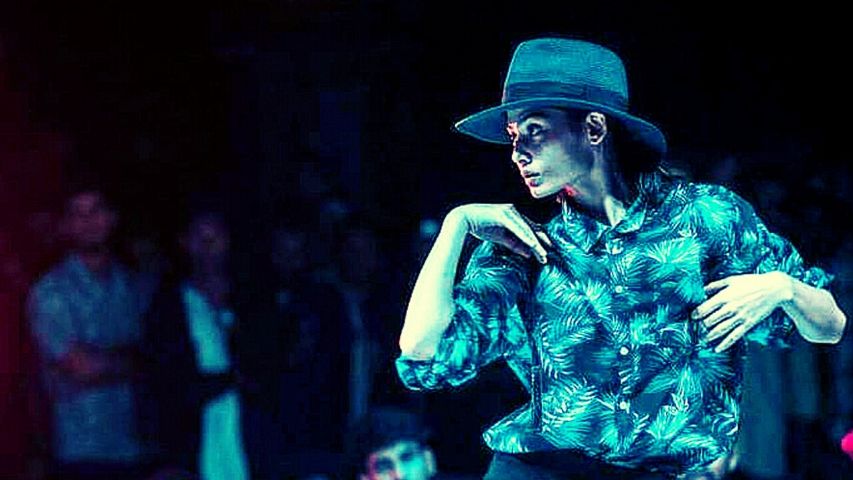 You couldn’t take your eyes off the sprightly shanty colony girl with a passion for dance in Sooni Taraporevala’s Netflix original Yeh Ballet. Utterly camera friendly, spontaneous and a champion at free form dance, Mekhola Bose was cast on being spotted at a hip-hop competition. On her Instagaram account, Taraporevala has mentioned that she had received an invitation for the competition, and on seeing Mekhola was sure that she would be her film’s feisty girl with no name (not right till the end, and the screen name serves as a punch-line).

Granddaughter of the legendary Bengal actor, Soumitra Chatterjee, Mekhola has stated in an interview, “Sooni was so encouraging about me doing it my way and guided me through it. The biggest thing Yeh Ballet taught me is to trust myself.”