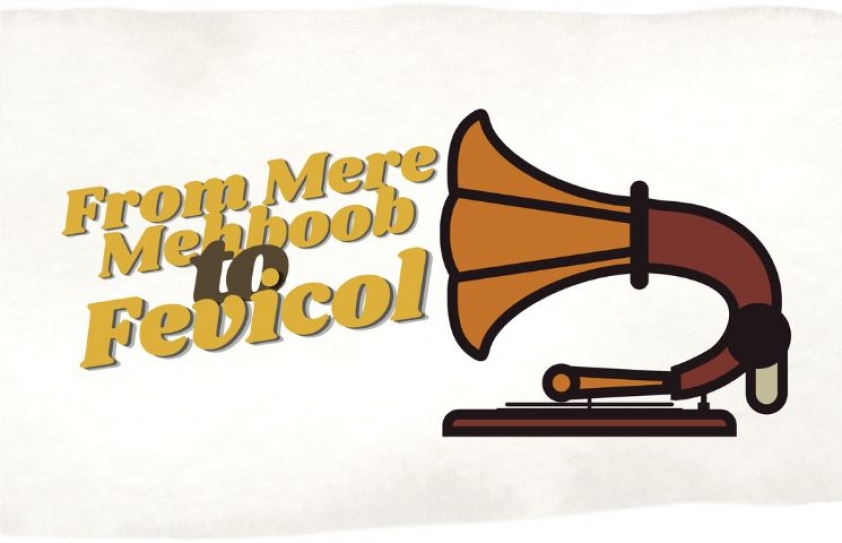 Bollywood’s amazing lyrics story down the decades - Monojit Lahiri lays it on the line.

15 years ago, I had the good fortune of meeting the late, brilliant poet-lyricist Majrooh Sultanpuri. Like any fan and admirer of his incandescent work, I piled on and badgered him with a zillion questions about poetry, lyric writing, Bollywood, the works! I remember one distinct response to my pointed question about the difference in the treatment of love, from a lyricist in B-town’s perspective, between his time and the present. Gracious, as befitting true-blue artists of his era are, but with a wicked twinkle in his eye, the great man said, “Hamare zamane mein mashook ko hum Mere Mehboob ya Chaudvin ka Chand kehke zikar karte the. [pause] Aaj Kal, ek bahut hi popular gaana hai Tu cheez badi hai mast, mast! Wah, bahut khoob! Aaap khud hi andaza lagaiye, huzoor.” (In our time, we used to address the person we loved as my beloved, or the full moon. These days, there is a very popular song, ‘you are a big item, hot, hot!’. Great! You can draw your own conclusion.)

While I cracked up, the writer of immortal lyrics like Teri aankhon ke siva duniya mein rakha kya hain, allowed himself a mischievous smile. Today, if he, or any of his illustrious contemporaries like Kaifi Azmi, Shakeel Badayuni or Sahir, were around, they could well have had a collective cardiac arrest listening to the quality of lyrics rocking the scene, darling tere liye.

Not everyone agrees. Theater actress Lushin Dubey believes that even back in the fifties and sixties, lyricists like Sahir did switch lanes to adapt and go with the times and mood of the character, no matter how bizarre or un-romantic. “Who can forget his Tel malish, champi in a heavy dark and dense film like Pyaasa?”

Oxford-based author of The Japanese Wife, Kunal Basu, a vitriolic critic of most of what Bollywood stands for, dismisses any element of originality or creativity in the industry. “For me, Bollywood is a mega-budget farce, dedicated to trivializing the Indian way of life, converting it to a pathetic, easily digestible caricature that is easy to consume and digest for the culturally deficient. Any resemblance to the remotely inventive, innovative or half way experimental, provocative or pushing the envelope is a savage coincidence. Imitative, (read: Hollywood) wildly self-absorbed and self-congratulatory and constantly catering to the lowest common denominator to grab numbers, we get the trash we deserve. So why blame the writers of the Munni-Sheila anthems? They are spot-on in the populist, low-brow, jhatka-matka space that defines most of the Bollywood products and consumers.” Harsh words, but what really is driving this new kind of lyric writing, bold, bindaas, irreverent, catchy, conversational, raunchy, in a segment that was once sacred and the hallowed premise of the sensitive, poetic and artistic?

Film Critic Saibal Chatterjee cuts to the chase: “I do firmly believe it has to do with the times we live in, the product being manufactured and the target audience, addressed. While Gulzar and Javed Akhtar will always have a market following, the crowd that constitute today’s core decision-makers, youngistan between the ages of 15-25, are of a totally different mindset, honed in a completely different cultural milieu and context. Impulsive, impatient with zero brand-loyalty and constantly looking for new highs and kicks through novelty, not for them the languorous, metaphor and romance-dripping word-magic. This has opened the doors of a new breed of lyricists coming from the world of advertising - sharp, hawk-eyed, creative mavericks who are trained to recognize and march to the beat of the market, transforming a rarified and inspirational calling into a cold-blooded, writing-to-sell exercise. The template is more copy-writing (Ad-style) than lyric writing and mass-acceptance rather than excellence is the mantra of the hour. In this new game, Munni and Sheila are chartbusters with the Band Baaja Baaraat lyrics following suit.” 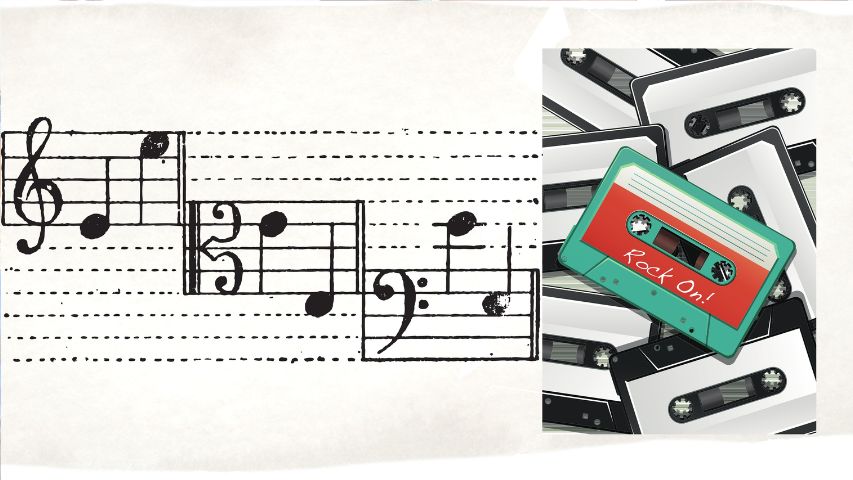 20-something ad-man Abhinav Joshi agrees: “Today communication, not heavy-duty language, as in purple prose or imagery-dripping poetry, is what rocks with the masses. This is reflected in books, magazines, movies, TV, everyday conversation and advertising. Why on earth should Bollywood films be any different? The three commandments are mota bol, seedha bol, jaldi bol! Surprise and delight me, boss, if you want memorability or top-of-the-mind recall. Item songs help in the marketing of a film vastly in its pre-released stage. They build hype and grab eyeballs. Dabangg and Tees Maar Khan benefited largely from their signature tunes. Mallika Sherawat’s Razia (Gundo mein phaas gayi) in Thank You is the next sizzler on the bloc. Brash n bindaas is the new cool, man… way to go!”

While one of the two great exponents of classy lyrics, Javed Akhtar being the other, Gulzar remains un-amused at the present state of lyric writing. He understands where it is coming from: “It is a time and place thing. In today’s digital-driven, hi-speed world with women multitasking as never before, can a Mere Mehboob, Chaudvin ka Chand, Babul Mora, Din dhal jaye, Jane woh kaise ever appear credible? Where’s the context? The intent, emotion and passion are the same, but the mode and method of expression is in sync with the compulsions of the here and now, the techno-driven times. As for the quality of today’s lyrics, I would hesitate to pass sweeping judgement. Besides, songs written to win mass acclaim have always existed in the industry framework and so, to each his own.”

Javed Akhtar agrees: “Catchy and chaalu songs were there in the golden age of Hindi movies too, 1950s and 1960s, but poetry ruled and that’s because the custodians of cinema at that time were people who understood, loved and celebrated great lyrics - be it directors, writers, music directors, singers, even actors. Besides, the lyricists were all quality poets in their own right, who had deflected into films for commercial reasons and enriched it, beyond comparison. Lastly, but most importantly, there was a large, eager and enthusiastic constituency who were avid lovers of great lyrics. So, it all fitted in beautifully.”

Akhtar laments the fact that this entire space is shrinking with alarming speed and puts the blame squarely on the new-age custodians of Bollywood. “Most of the convent-educated, West obsessed players in the industry don’t seem to have either interest or knowledge about quality Urdu lyrics, dedicated as they are to the slang and short-hand jhatka writing that titillates and grabs instant attention. As eminent poet and lyric writer (Umrao Jaan) Sharyar stated in a recent interview, ‘Today’s industry doesn’t need lyricists but versifiers!’ I, however, have faith in the masses and genuinely believe that, like alternative cinema, good lyrics too, even today, do have a substantial audience, but provided they are allowed to connect with this endangered genre… the level playing field is disappearing and that is both disappointing and sad.”

At the end of the day, lyrics and lyricists don’t function in isolation, but as an integral part of a cinematic narrative. The quality, profile, story-lines and treatment of today’s movies, the guys who are making them and the full-on focus and pitch on the marketing machinery that is unleashed and promotion leveraged, hardly lends itself to a climate conducive to poetic contemplative, soft, gentle, romantic, philosophical musings or verse of the rarified Urdu kind. In the age of instant coffee and fast-food, it seems inevitable that chicken-soup for the soul will be forced to go the way decreed by the sizzling red hot, sexy, drool divas targeted to power the hormonal rush!!!

I WENT TO HIS HOUSE AND SAW…

THE ZEN NOT REACHED

A QUESTION MARK IN THE FACE OF A COLLECTIVE LIE